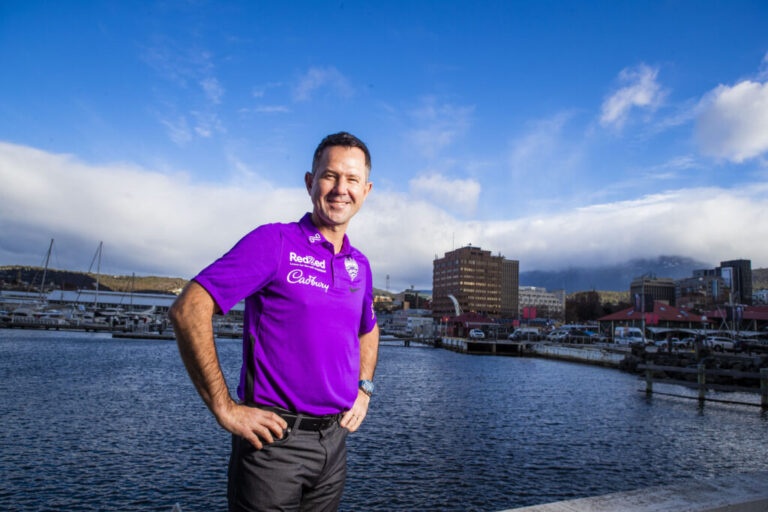 In recent days Ricky Ponting has been announced as taking the job of head of strategy for the Hobart Hurricanes in his native Tasmania.

In recent days Ricky Ponting has been announced as taking the job of head of strategy for the Hobart Hurricanes in his native Tasmania.

Ricky Ponting will be putting the purple on again as he joins the Hurricanes in a new role.

Pointing has signed a whopping three-year deal with the male Hurricanes program. His role will be to identify candidates for the now-vacant head coaching position and work on the match and list strategy with the then-appointed coach.

Pointing who arguably is not only Australia's best-ever batters but also one of the world's greatest, will be terrific for the players to look up to as a role model. Pointing is respected for his on-field captaincy and is respected amongst T20 coaches.

There is no doubt Pointing will adjust due to his previous interim and specialist coaching roles with the Australian men's cricket team. Pointing too has been involved internationally in coaching terms successfully with the Mumbai Indians and the Delhi Capitals in the Indian Premier League (IPL).

Pointing said he was thrilled to be able to come back to the Hurricanes and contribute to an organisation that he is very passionate about.

"The competition and the game itself have changed enormously from when I played for the Hurricanes back in BBL|02 and BBL|02, and I know so much more about the nuances of the T20 game now than I did then," he said.

"I'm passionate about the progression of Tasmanian and Australian cricket across all forms of the game, so to be asked to late on such a critical role for the Hurricanes is really special.

"I'm looking forward to getting to work and securing the best coach for what we need then building a plan for the team to execute next season.

"With a few tweaks in a couple of key areas, I believe the Hurricanes have the foundations to win our first BBL trophy."

Cricket Tasmania CEO Dominic Baker said how amazing it was to have Ponting, and his effect on Tasmanian cricket and the BBL.

"To be honest, I think Ricky probably just said 'yes' as he was sick of me hassling him to come and join us," Baker said.

"But really, it is such a win for not only the Hurricanes and Tasmanian cricket, but for the League itself.

"In my mind, Ricky is undoubtedly the best T20 strategist in the world, and as a proud Tasmanian, we are thrilled to have him overseeing the direction of Tasmania's team for at least the next three seasons."

Pointing will be officially joining his role at the Hurricanes effectively immediately. The Big Bash is set to kick off at the end of December this year.