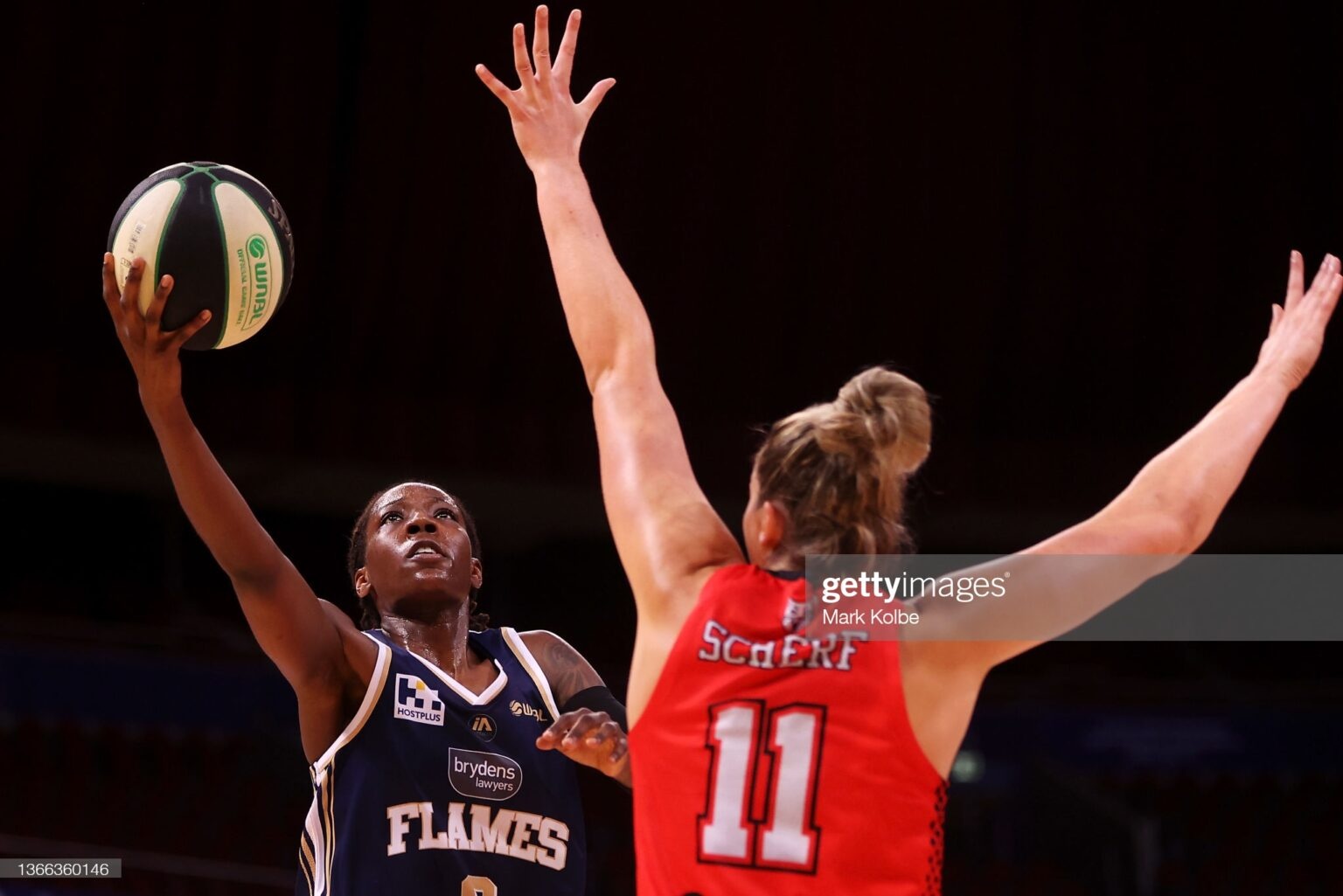 Davis signed with the Flames after the team announced theyreleasedDallas Wings guard Chelsea Dungee on December 24.

The former Tennessee Lady Volunteer and current Minnesota Lynx guard/forward last played on March 23, 2021, in the second found of the NCAA tournament, a loss to the Michigan Wolverines.

Davis was drafted no. 9 overall in the 2021 WNBA draft to the Lynx but unfortunately suffered a pre-season injury.

306 days later and healed left foot stress fracture, Davis looked like she didn't skip a beat. For the WNBL fans who don't follow the WNBA or NCAA basketball, watching her ball out like she did would make one think she only took a few months off.

To get her acclimated into the league, Coach Heal chose to have her come off as 6th woman off the bench. It didn't take long at all for her to make an impact.

Within the 15 seconds on the court, she set a pick and popped to the three-point line, dribbled up, and drained a mid-range jumper just behind the right free throw line elbow.

At the start of the second quarter, she singlehandedly led the Flames on an 8-0 run with a couple of three-pointers and a layup between the threes. In fact, those eight points accounted for Sydney's 19 total points in the quarter.

The third and fourth quarter shooting spree was no different. Davis settled for more layups and drained practically everything she threw up. She hit one three early in the fourth quarter to extend their lead to nine.

Unfortunately, her fantastic debut wasn't enough to maintain Sydney's lead as Perth came back to defeat them 86-81. She finished with a double-double of 21 points on 50% shooting and 13 rebounds.

Regardless of the outcome, Flames fans have a lot to be excited about in Davis.