Reacher, on Amazon Prime, brings to life Lee Child's talismanic character, in an adaptation that takes Jack Reacher, and his myth, to a new level. 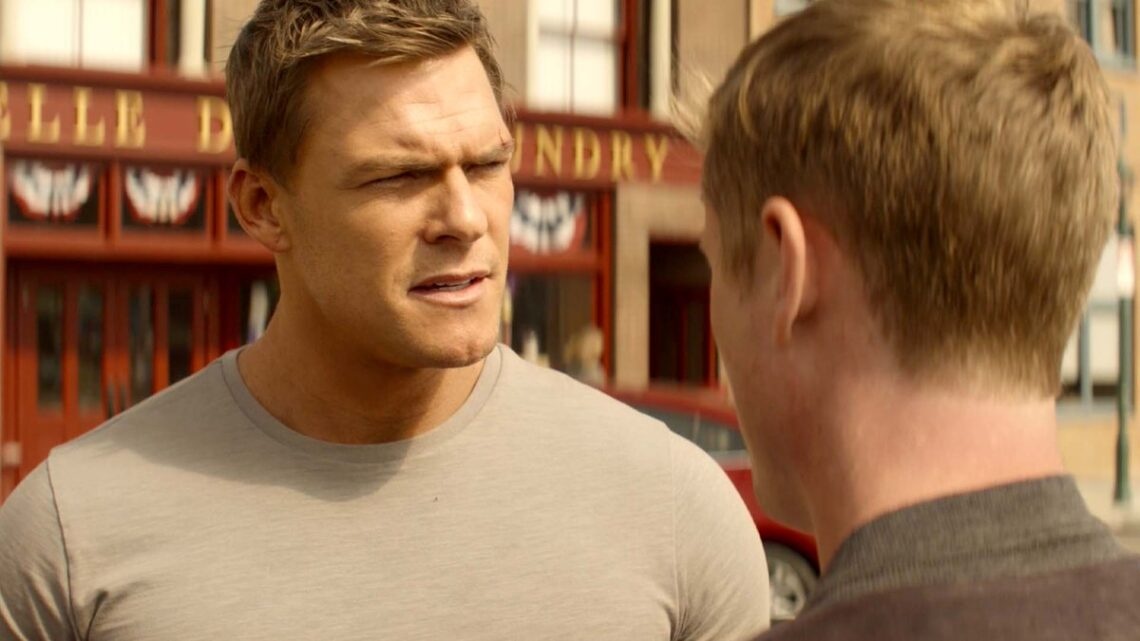 After 26 novels, and two movies,Amazon Primehas brought Lee Child's character Jack Reacher to life on the small screen for the first time inReacher.

Nick Santora (Prison Break) created the series, and the first major stylistic change to the movies that tried to bring Jack Reacher to life was the casting.

Jack Reacher, in the books, is a towering, hulking man, a former military policeman who is so large he can't be missed walking down the street.

Tom Cruise, cast in the movies, tried hard but was never able to capture the pure physical intimidation of Reacher the way that Alan Ritchson (Titans, The Hunger Games: Catching Fire) does.

The series takes viewers through the plot ofThe Killing Floor, the first book in the Jack Reacher series.

Reacher, a drifter, steps off a bus at Margrave, Georgia, and is promptly arrested for murder, despite having not committed a crime.

The former military policeman quickly displays his innocence, and his violence, before beginning to assist with the investigation after he finds out that the victim is his estranged brother.

Several more bodies are dropped, including policemen, as the town comes under a cloud.

The trio team up to uncover the extent of the crime, and Reacher begins to take matters into his own hands, tearing down the operation with violence, seeking vengeance for his brother, rather than lawful justice.

The series comes to a head in the final episode, as Reacher unveils the whole truth, and finds himself face to face with the man who killed his brother.

Ritchson encapsulates the raw physicality and intimidation that Child has long portrayed for his leading character.

His chemistry with Fitzgerald and Goodwin is close to the way that Child describes it inThe Killing Floor, as he breaks down the barriers that come with his drifter lifestyle and military past.

Fitzgerald captures the pride and fierce nature of Officer Conklin, torn between her concern at the state of the town, her fight for her own personal safety, and growing affection towards Reacher.

With the casting of Reacher finally nailed down, the only question about bringing Reacher to life was the tension that comes with the plotlines. Santora, who createdPrison BreakandScorpionhas long been able to build tension for viewers on screen, and challenged stereotypes for plot reveals.

Reacheris no different, as the tension unfolds over eight extended episodes, with cliffhangers at the end of every episode, and a few hints are given away in the early part of the series.

Viewers are left with a close, that when all revealed, shows that the breadcrumbs were left from the beginning, but with enough subtlety that it wasn't clear until the curtain was lifted.

Reacheris the embodiment of Child's creation and is rumoured to have been renewed for a second season byAmazon Primealready.