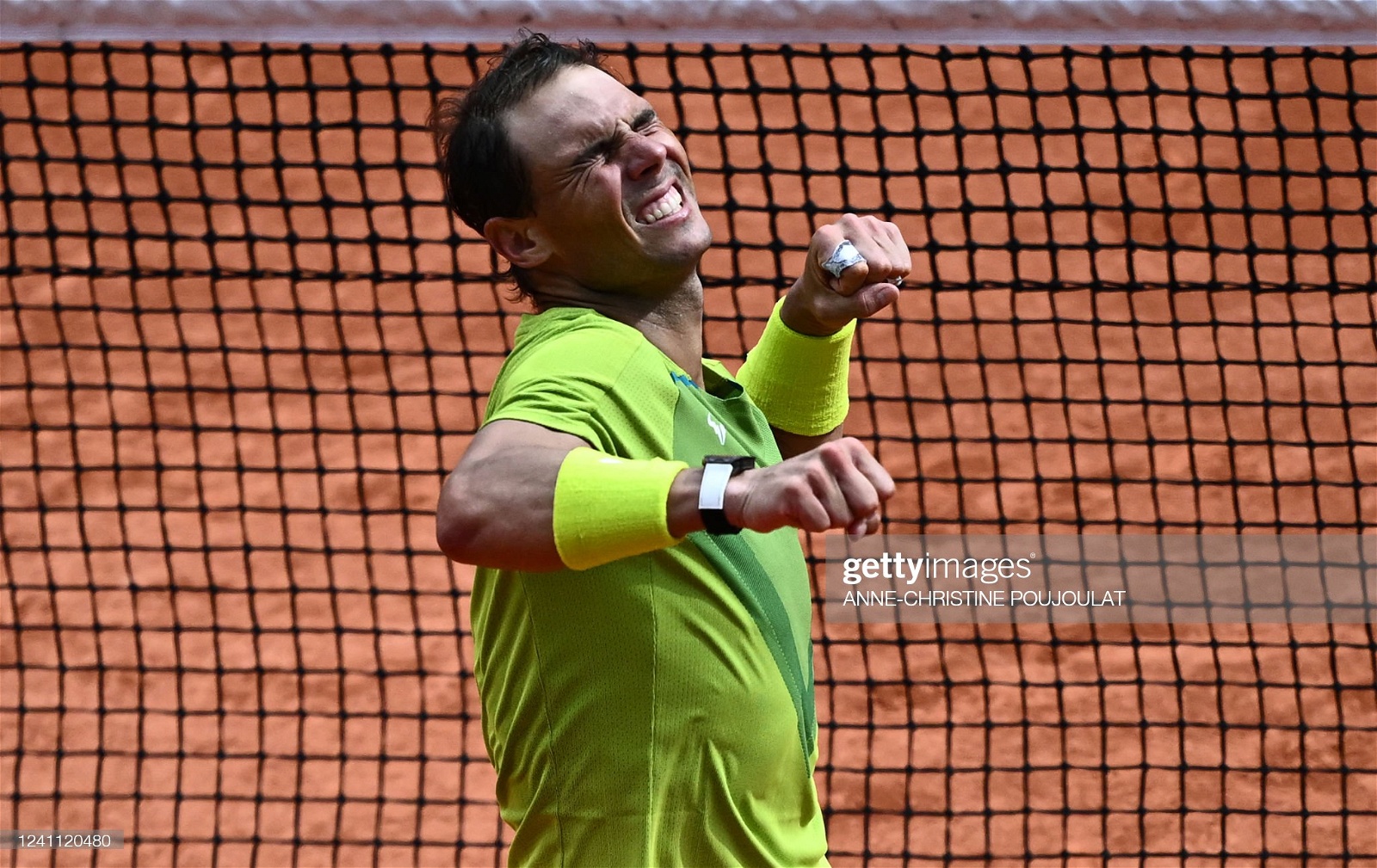 It's a name we're familiar seeing on the Roland Garros Men's Singles trophy, but 36-year-old Rafael Nadal made winning the French Open look just as easy in 2022 as he did 17 years ago.

Taking on Norway's Casper Ruud, there was no doubt Nadal was the favourite heading in but after a grueling three hour match against Alexander Zverev that ended with Zverev retiring injured in the second set, there were questions as to whether he'd be as firey as his younger opponent.

No one can usurp the King of Clay

Nadal's forehand was firing early claiming the first game of the match while Ruud's nerves got the better of him resulting in a few miss-hits in the opening points in the match.

The Spaniard backed up the convincing first game, breaking Ruud's serve. However, the Norwegian might have been down on his own serve but he wasn't disheartened, breaking back the very next game.

But the 23-year-old's service games were a struggle with Nadal forcing a fight for every point and eventually breaking a second time before holding serve.

Three break point opportunities came and went for Nadal in the opening game of the second set with Ruud winning an at the net battle at 40-15 to tip the momentum back in his favour.

However, Nadal wasn't disheartened, making quick work of his own service game, hitting three winners in the process.

Ruud was the first to get the upper hand breaking Nadal to love in the fourth game of the second set, capitalising on Nadal's growing error count capped off by a double fault to end the game.

Once again the opening break of the set didn't last long however with Nadal breaking back in the next game, helped by unforced errors from Ruud.

After holding his serve the Spaniard broke again to get the upper hand in the second set, fighting to stay in points it seemed like Ruud had won three shots prior to the point being over, proving the 36-year-old still has plenty of fight left in him.

Nadal's streak of games continued holding serve before breaking Ruud's serve for a third time in a row to claim the second set, stealing several points from the brink in the final game of the set.

A change of clothes was in order between sets for Nadal but that did nothing to disrupt his flow extending his streak of games to nine, to get to a 4-0 lead early in the third set.

It was less that Ruud had lost the spark that saw him break Nadal early in the second, and more that the Spaniard kicked it up another gear, staying in every point and looking more dangerous when receiving than serving.

Ultimately the set and the championship came to a close with the dreaded bagel as Nadal closed out the final set without dropping a game.

What can Rafa do with his remaining time in Tennis?

The world knows there's a clock on Nadal's time in tennis, at 36 he's faced a barrage of injuries and took time off between the Australian Open and Roland Garros as a result but with the Open season half over the question is will we see more of the Spaniard this year?

With Wimbledon coming up there are still questions as to whether he'll take time off and skip the grass court season to prepare for New York and the US Open, but what we do know is that the door is still open for Nadal to claim another Grand Slam or two on the way out.

In his speech following the match Nadal thanked the organisers and fans and instead of announcing his retirement which many thought could be on the cards he offered a promise of something more.

"I don't know what will happen in the future but I'm going to keep fighting," Nadal said as he finished his speech earning cheers from the crowd.