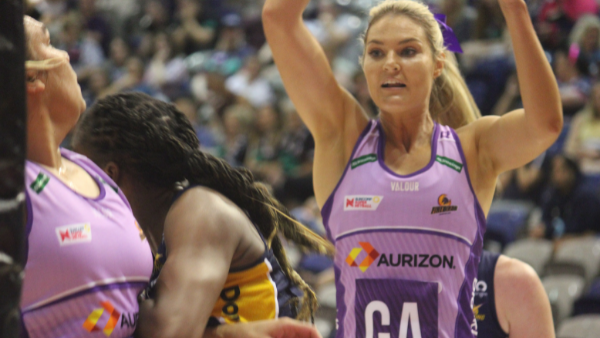 Queensland Firebirds Season Preview: Turning the ember into a flame

Queensland Firebirds Season Preview: Turning the ember into a flame

2021 was a season of potential for the Firebirds, with the side showing glimpses of what they are capable of but they were not able to string together consistent performances.

It’s been a massive off-season for the Queensland Firebirds after three shock departures led to some massive personal changes especially in the defensive end last year.

Star shooter Romelda George announced that she will be having her first child but is looking to reach that 200 game milestone before going on maternity leave.

How Can They improve

Consistency will be key if the Firebirds want to make their first finals series since 2017, with the Firebirds needing to string together a series of consistent performances if they are to make it to finals in 2022.

With the past two seasons the Firebirds have either been slow out of the blocks and coming home strong or being inconsistent in performances across the whole season.

The Firebirds also need to be consistent within matches, the round five clash against the Vixens is a prime example of that.

The Firebirds bursted out of the blocks in the quarter to lead 24-16 at the first break but went on to lose the last three quarters and inevitably going down by a point with a super shot after the siren.

It was a rollercoaster ride for the Queensland Firebirds and while there was lots of promise they couldn’t put together a consistent run of form to secure that finals spot.

The sides first win of the season was in round two against the Thunderbirds but it was a long time between drinks with the Firebirds next win not coming until round six against the Sunshine Coast Lightning in what was a stunning victory against the sides rivals.

While the Firebirds had a few stunning victories, they just couldn’t back up the next week. Take the round six game against the Lightning as an example with the following week the side going down to the Fever the next week.

The Firebirds' biggest strength is its midcourt, with the team in purple having a strong core of players that really run the court.

With Kim Ravaillion in the middle, she makes transition across the court look easy, and combines nicely with both Lara Dunkley or Jemma Mi Mi which both bring different things to the game. Former captain Gabi Simpson in wing defence stands up for her side in those big moments.

In 2021, the Firebirds were among the best in the competition for goals from centre pass conversions being ranked in third place with 70.3 percent. The Firebirds were ranked in second for feeds with attempts, which they had an average of 61.7.

A big factor to the feeds last season being so high was now captain Kim Ravaillion who had 258 goal assists for the season.

The weakness for the Firebirds is their high penalty count, with the Firebirds defenders giving goalers that extra opportunity to convert shots. It ultimately cost them that round five game against the Vixens.

The Firebirds were ranked in first in the competition for most contact and obstruction penalties respectively with the side having an average of 52.2 contact penalties and averaged 16.3 obstruction calls for the match.

One of the newest Firebirds, in Ruby Bakewell-Doran, is one to look out for this season as she looks to make her mark on the Super Netball this season.

Bakewell-Doran is known for not getting caught up in the moment and being able to win the ball back for her team, like what many fans saw in the Firebirds last game against the Vixens when she took a match saving intercept.

Bakewell-Doran is a product of the Queensland pathway and has been a star in the Sapphire series for the last few seasons, playing for the Queensland Fusion in 2018 and 2019 before making the move to the Brisbane North  Cougars where she was named Grand Final MVP against the Ipswich Jets in 2020.

Bakewell-Doran was named as a training partner for the Firebirds in 2020, where she continued her role in 2021 before being named in the Firebirds squad of 10 for the upcoming season.

2022 will be a learning season for the Firebirds, with lots of changes it will take a few games for the side to get adjusted with new combinations, especially with a COVID-19 interrupted pre-season, which saw less time out on the training court for some of the new additions before hitting the court in team girls.

There are plenty of positives to look out for in the Firebirds line up with a few young guns looking to make their mark on the game and new combinations that will be a key part of the firebirds line up for many years in the future.