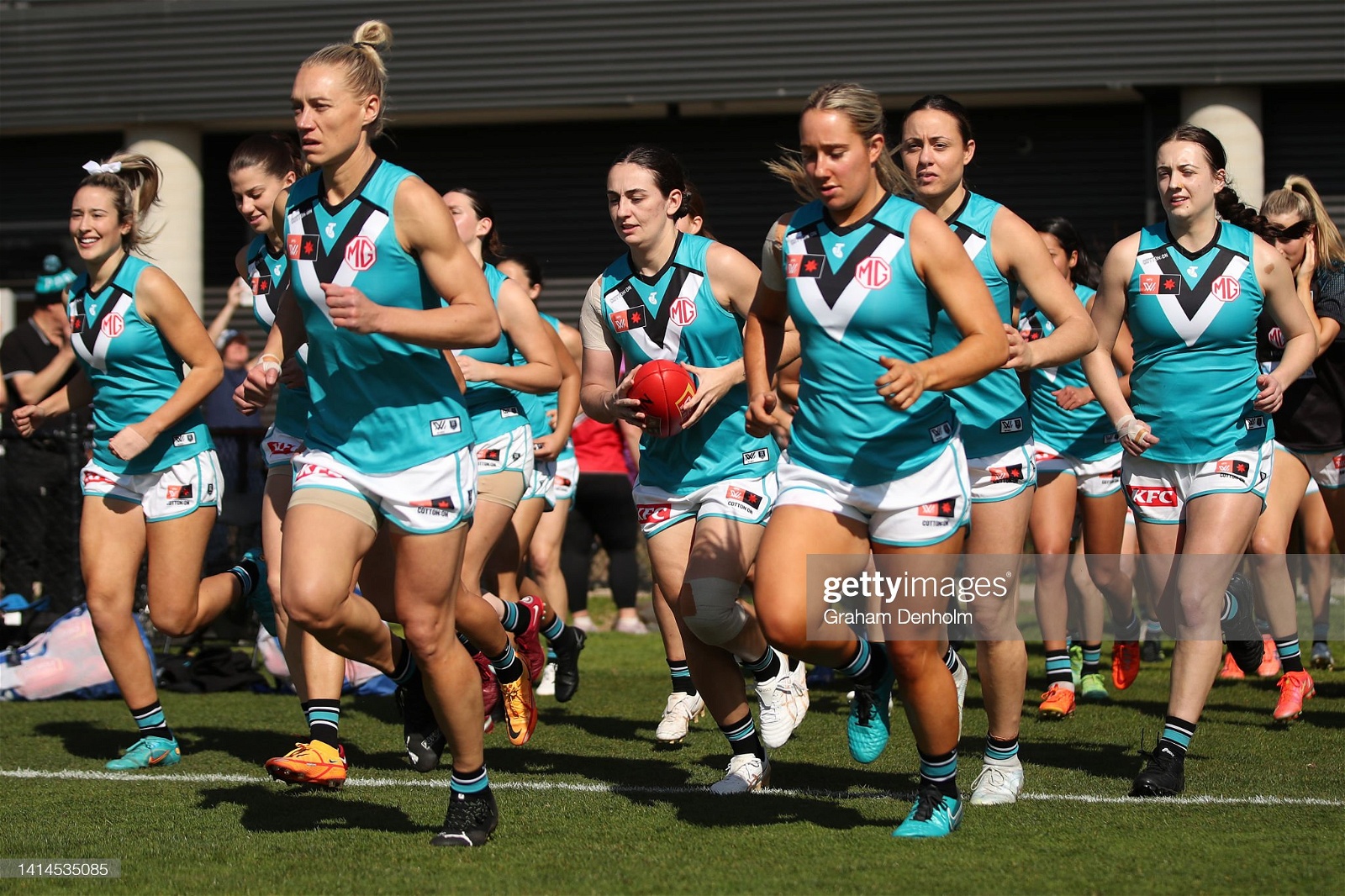 Erin Phillips will lead Port Adelaide in its inaugural season, and while there are plenty of unknowns, this side has a mix of experience and young talent to be competitive.

Erin Phillips will lead Port Adelaide in its inaugural season, and while there are plenty of unknowns, this side has a mix of experience and young talent to be competitive.

Impressive recruitment of players with solid connections to Port Adelaide has set the club up to compete hard in its inaugural season.

One of the four teams to join the AFLW, which is now entering its seventh season, Port Adelaide has recruited hard and is set for a solid start, aiming to be competitive with the established sides of the competition.

To prepare for their first season, Port has met with Adelaide for match simulation and travelled to The Hanger to face fellow newbies Essendon.

Despite a 20-point loss to the Bombers, the Power was pleased with the performance of players such as Abbey Dowrickand big recruits Gemma Houghton and Erin Phillips.

In April, Lauren Arnell was announced as the coach of Port Adelaide, becoming the first retired AFLW player to take on a head coaching role.

Arnell was involved in Carlton's AFLW bid ahead of the first season in 2017 and was the club's first captain. She moved to Brisbane after two seasons (11 games) at Carlton, where she played for three more years (25 games), including the 2021 Premiership.

At the head of the AFLW program is Juliet Haslam, a former Australian hockey player. She has had roles in the corporate consultancy world and sat on various sporting boards before taking on this exciting role.

Naomi Maidment, Port Adelaide's list manager, had a big job ahead of her to build a list from scratch within months of the season starting.

The club opened with the biggest recruit of all, with Adelaide Crows' premiership player Erin Phillips committing to the club. Phillips left the most successful AFLW side in favour of the cross-town rivals but joins the club where her father - Greg Phillips - was captain and an eight-time premiership player.

Among the open-age recruits were Queensland twins Laquoiya and Litonya Cockatoo-Motlap, who learned of their opportunity at Port on a Zoom call with uncle, and former Port forward Che Cockatoo-Collins.

Training injuries may set the likes of O'Dea (punctured lung), Perry (syndesmosis) and Litonya (thumb) back in their push to play in Port's first AFLW game.

Undoubtedly one of the most experienced, and therefore the strength for Port Adelaide is the action that'll happen in the forward half.

The formidable duo of Phillips and Houghton will lead the Port Adelaide forward line, the former also going on the ball and transitioning the footy at times, and the latter working around the forward 50 to take strong marks.

Laquioiya Cockatoo-Motlap will work hard around the 50 and at ground level, as Port's more traditional key forward recruit of Julie Teakle provides a marking target.

Inexperience right across the field is undoubtedly the biggest weakness in this Port Adelaide side.

The number of debutants in Round One could get close to double-digits, with seven draftees and open-age players all pressing for spots in the Power's first game-day squad.

Recruits from five other clubs feature in each line and will provide insight and leadership during matches. However, the overall lack of experience playing footy at this level will be a challenge for Port to overcome.

Sticking to structures, holding possession and following the game plan are all things that will come with time but will be troubled by inexperience early.

If the way Abbey Dowrick attacked the preseason match is any indication, she is the rising star to watch on this Port Adelaide list.

The West Australian midfielder was exciting to watch; she went in hard at the contest and laid strong tackles. Port were pleased with her work inside, and fans watched on, thrilled she's in teal.

There is no shortage of young talent that qualifies for this award in the squad and will likely feature in the starting 21 throughout the season.

A draftee who will no doubt impress as a rising star is Sarah Goodwin. The seventh overall pick, Goodwin is a rebounding defender who will be a stalwart of Port's half-back line for years to come.

The inaugural season of AFLW will be challenging for all four expansion sides, including Port Adelaide.

However, with the experience of the Power's spine, the quality of their open-age recruits, and their favourable fixture - they play the three other expansion teams - the Power should pick up a few wins in their opening season.

Being competitive in each game will be key, and then the classy finishers can secure premiership points.