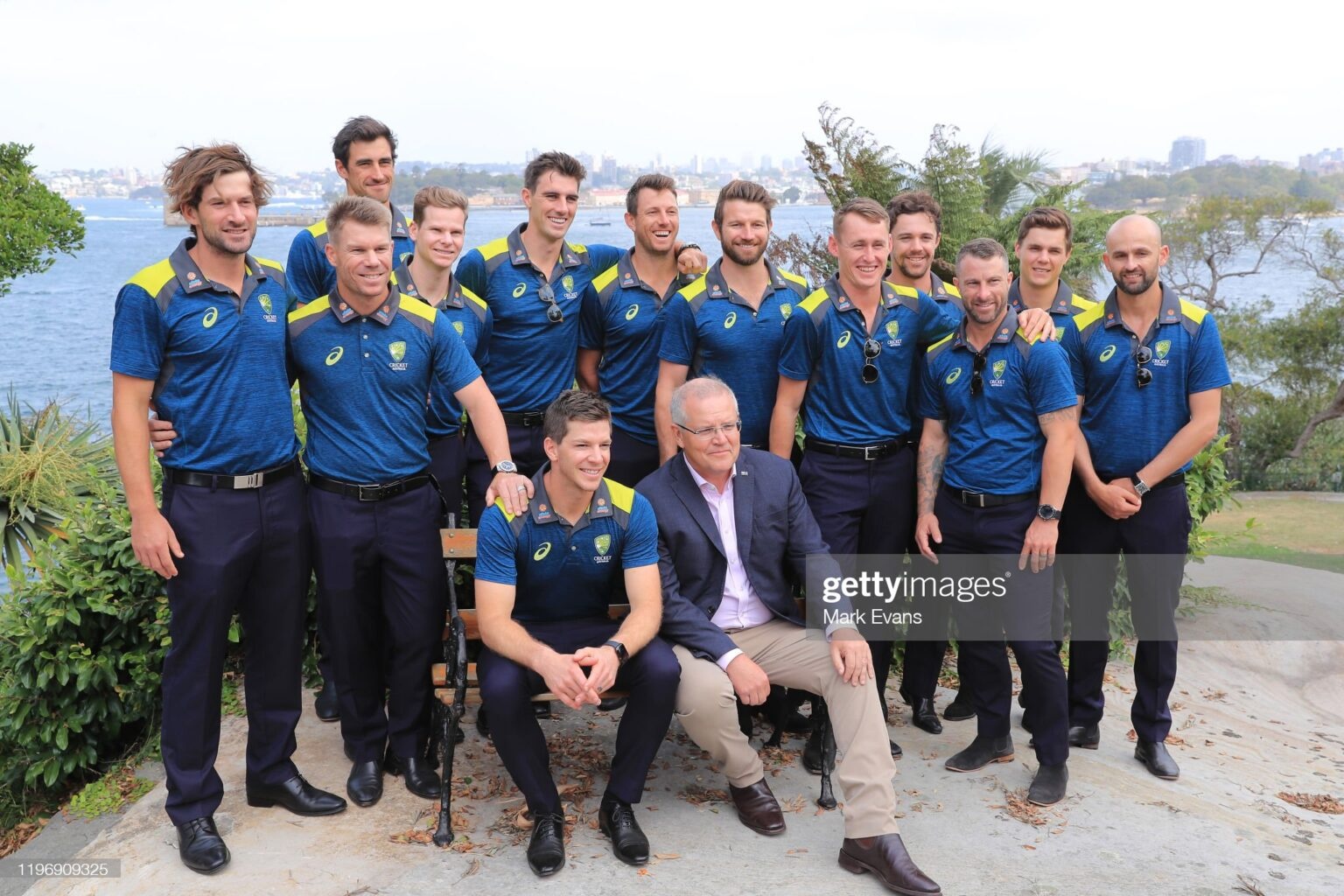 In recent years when an athlete speaks out on an issue you'll hear the phrase that should 'keep politics out of sport'. Here's why thats impossible in a country that cares about sport like Australia does.

In recent years when an athlete speaks out on an issue you'll hear the phrase that should 'keep politics out of sport'. Here's why thats impossible in a country that cares about sport like Australia does.

A time or twenty in recent years when an athlete speaks out on an issue or takes a knee, a chorus of people that believe sport should just be sport will grumble that we should 'keep politics out of sport'.

Whether the individuals that decry this recognise it or not, that is an impossible demand due to politicians continuously using sport as a tool to curry favour with the general public in the hopes of winning elections or getting bumped up a few points in the polls.

In Australia sport is a dominant part of the culture and large swaths of the population carve out a certain portion of their weekend to watch their team play on tv or even make trips to the nearest capital city to attend a match.

It's important to people, and it is how many of us bond. Politicians recognise that they use it as a tool to connect with the community, appear more personable and to some extent it works.

However, at times it appears to the public as transparent and disingenuous, with politicians taking photos with teams or growing programs in sports that it is well known they couldn't give a fig about.

The most prominent example of this in recent years is former Prime Minister Malcolm Turnbull who showed little interest in any of Australia's national football codes and once claimed the Sydney Roosters was his favourite AFL team when he was opposition leader in 2008.

The upside on Turnbull's part is he never pretended to be a great lover of sport and while it didn't work in his favour it wasn't something that could be used against him either.

However, since Prime Minister Scott Morrison took office in 2018 there has been a pivot to using sport as a prop as a way of appealing to the Australian public and getting a little positive PR boost even though there are times it works against the Prime Minister.

That isn't to say Morrison isn't a lover of sport, you can not dispute that he's a fervent supporter of the Cronulla Sharks in the NRL, and in the same vein no one would deny Opposition Leader Anthony Albanese's love for the South Sydney Rabbitohs but that's not where people take issue.

Over the summer of 2019/2020, the Australian Federal Government was suffering constant backlash due to the handling of the Black Summer bushfires and the Prime Minister's infamous family holiday to Hawaii in the midst of the crisis.

The misguided solution to the anger from the public over the New Year was to invite the Australian Men's Cricket Team and the touring side from New Zealand to Kirribilli House. It was largely criticised and in some sections of the internet ridiculed for the transparent act.

However, what you didn't hear was the bemoaning that we need to keep politics out of sport, despite the blatant political use of sport and a beloved national team in the middle of the worst summers for Australians that saw its cities blanketed in choking smoke while people in regional parts of the country are still impacted by the fires two years on as they try to rebuild.

The Prime Minister has had other gaffs regarding Aussie sport such as tipping the non-existent 'Perth' ahead of the 2018 AFL Grand Final when he meant the West Coast Eagles.

That isn't to say sport being used to the advantage of politicians is necessarily a bad thing, it expands funding and coverage with the Federal Government partially subsidising the coverage of women's sport, giving the Foxtel group $10 million in 2020 to boost both women's and underrepresented sports.

This helped Foxtel secure the rights to the Suncorp Super Netball on a five-year deal starting in 2022.

Sport has also been used to the advantage of the State Governments in Australia, most notably in recent years, in Queensland with Premier Annastacia Palaszczuk using the successful bid for the Brisbane 2032 Summer Olympics to her's and the Labor Party's advantage.

The party already had a significant grip on the Queensland electorate at the state level, with an 18 seat majority over the Liberal National Party, the political win of earning Queensland's first Olympic Games saw Palaszczuk's popularity grow that some experts started to speculate whether thePremier could stay in power all the way through to the 2032 Olympics.

Then there are also the former athletes who get into politics and have an upper hand against their opponents, especially if they were successful in their sport, using name recognition for being an Olympian or being a former Wallaby like David Pocock who is running for the ACT Senate seat in the upcoming federal election.

Because ultimately being able to swim fast or kick a ball well can win you a surprising number of votes.

We shouldn't deny athletes a voice about political matters

So if politicians are able to use athletes or their former athletic careers to win votes why shouldn't athletes speak out about political matters that are important to them?

After all, there is nothing wrong with using a platform that has been awarded to you to speak about important issues in the community, and no one will complain when an athlete raises money for disaster relief despite the fact that the handling of floods and fires are up to the responsibility of our politicians on Federal, State and Local levels.

People mostly seem to take issue with athletes speaking out about politics or more often than not on specific political issues when they disagree with the political stances that athletes are sharing.

This applies to all sides of politics but the "shut up and dribble" mentality, influencing policies for leagues and events, most noticeably the IOC forbidding any form of protest on the podium at the Tokyo 2020 Olympics morphs into a toxic belief that unless athletes are speaking about their sport then they shouldn't be speaking.

At the Olympics athletes were still able to speak out in interviews or in other ways and the only time it was considered to be outright banned was the moment when the most eyes would be on them post-event.

What the IOC was trying to avoid a moment like the famous 1968 black power salute, or any athletes attempting to protest other athletes' presence on the podium like Mack Horton had done at the 2019 World Championships when he refused to step onto the podium he shared with Chinese swimmer Sun Yang.

Athletes speaking out always has been, and for a long time will be contentious in many people's eyes, ask some of your older family members who are lifelong supporters of the AFL about the reaction to Nicky Winmar lifting his guernsey in 1993 or think back to a few years ago when Adam Goodes spoke out about racial abuse he received.

Those moments were political, and athletes speaking out to defend themselves, their race, culture and what matters to them, is important and ultimately influences the public as well as politicians to take a step back and think about what needs to be changed in not only sport but the country's culture as a whole.

As the Federal Election rolls around we could see this getting brought up over and over but the more we recognise how sport and athletes are used by politicians despite the bizarre expectation that they keep their mouths shut, then the more we will be able to understand that regardless of whether we agree with an athlete's views they still have the right to speak out in support of the causes and policies they believe in.