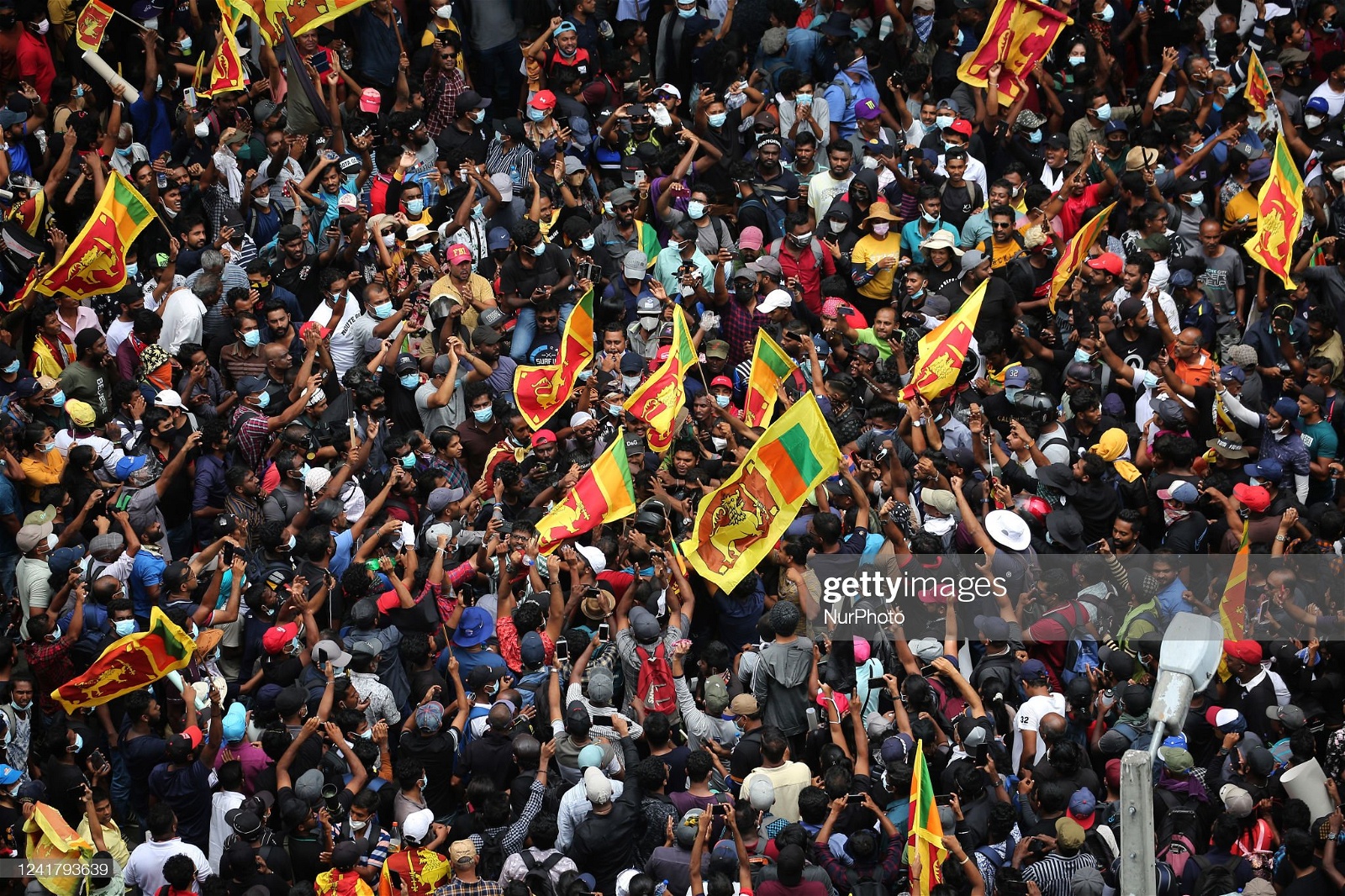 After Australia took the chocolates on day one Sri Lanka have come back well on day two to battle their way to a strong position after two days of play.

After Australia took the chocolates on day one Sri Lanka have come back well on day two to battle their way to a strong position after two days of play.

Cricket was very much in the background today for Sri Lanka as their citizens took over the presidential palace in a show of defiance against the country's economic conditions.

For months now, there have been fuel shortages with electricity, a luxury very few have at the moment. Reports have come in of people camping out to get a jerry can of fuel while sleeping in the street for up to three days just to get their hands on some fuel.

Over the last few weeks, protests have continued to occur both at the cricket and all around the country. It's fair to say that if this match were in the capital Colombo and not Galle, this Test would not continue.

Thankfully, the cricket has still continued giving those in Galle at least something to keep their minds off what is happening in the capital. However, with the president now having fled his palace and with his whereabouts unknown, the competition of this Test is still not inevitable.

Australia will be hoping to finish up this Test quickly and then get out of the country as soon as possible. The situation is not being shielded from the Australian side, with skipper Pat Cummins relating a video in conjunction with UNICEF today. But while the political situation is uncertain, the day's results on the field are clear so let's look at that.

Steve Smith started the day just past 100, while Alex Carey was just getting going on 16 when play began. Australia were hoping to go big and get past 400, but that wasn't to be with Prabath Jayasuriya finishing off the lower order with ease.

The partnership did get past 50 between Steve Smith and Alex Carey, but it didn't take long for the wickets to tumble. Carey fell trying to go with his signature reverse sweep. The third-man fielder came around well to take the catch with ease.

Mitchell Starc didn't last too much with him going for one and giving Jayasuriya his fifth for the innings on debut. It left the internet wondering what Glenn Maxwell could have done at eight instead of Starc.

Wickets continued to be consistent, with Smith finding the rope but his partners going quickly. Firstly it was Pat Cummins out LBW before Nathan Lyon fell the same way.

Mitchell Swepson got out the forward defence and partnered with Steve Smtih getting the side partnership to almost 20 before Theekshana took his first Test wicket with an LBW.

Australia only put on 66 for their last five wickets, with Steve Smith finishing unbeaten on 145. For the stats nerds, it will mean that his average sticks above 60, for now at least. Finishing on 364 while a good score was nowhere near what Australia was looking for after a good day one.

They would need to start well with the ball. The question about whether the Starc v Maxwell selection was correct would also be answered.

Things looked good for Mitch Starc when he took the first wicket for the Aussies, thanks to a great catch from Cam Green. The good-length ball came off a length and took the edge away to Green's left with his big frame grabbing the ball like he was in goals for the Socceroos.

Things were looking good for the Aussies, with the Sri Lankan skipper Dimuth Karunaratne looking nervous while Kusal Mendis brought some calm.

Australia, though would have to wait a long time for another wicket. The Sri Lankans got past lunch and then through the middle session without another wicket.

The pitch was turning, but it was very slow, allowing the bowlers to read it off the pitch. The other issue was that the spinners could not find their lines or lengths on this wicket that looks much better for bowling than the one used in the first Test.

The pair continued until Mitchell Swepson got one on target getting Karunaratne trapped in front for 86. That was almost at the end of the day, with Mendis and Angelo Mathews getting through the last 40 minutes, making sure Sri Lanka would only be two down at stumps.

Tomorrow Australia will need to attack, attack and attack some more if they are to take the lead into the match's third innings. After being the most expensive Aussie bowler, Nathan Lyon will also need to find some rhythm.

The play will start tomorrow at 3 pm on the Australian east coast, with Sri Lanka currently precisely 180 runs behind. The Test sits right in the balance, as does the current Sri Lankan government after a significant day of protests.