Netflix's Persuasion is a Jane Austen adaptation made by a team that has neither read the novel, nor seen a single period drama. 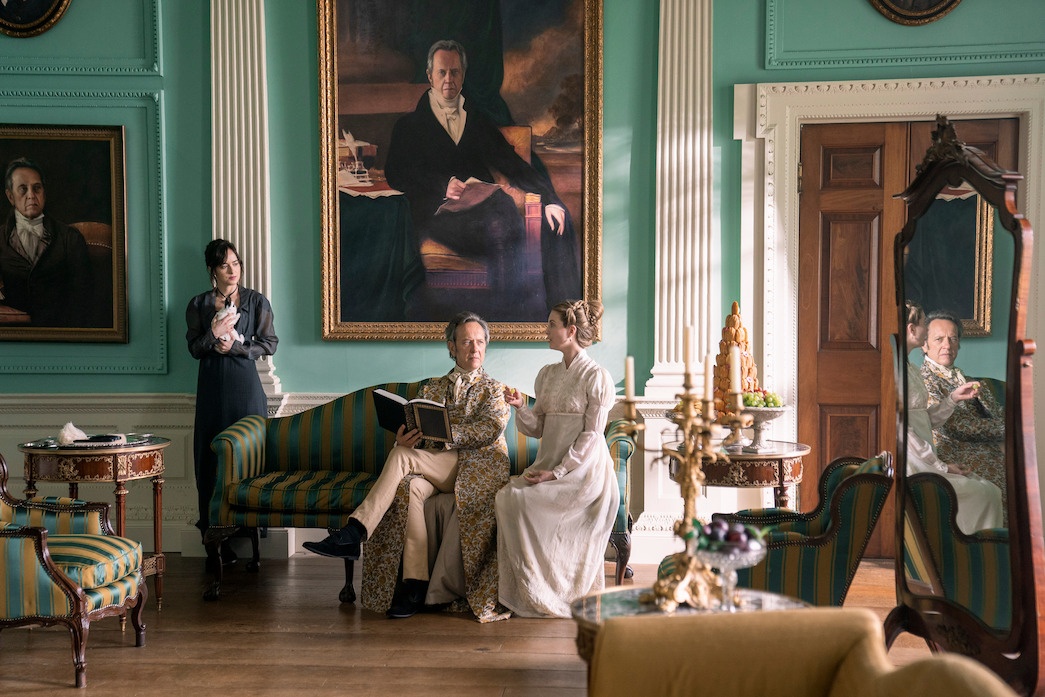 Netflix’s newly released adaptation of Jane Austen’s Persuasion is incomprehensible in almost every respect/regard. This incomprehensibility ranges from small details, which wrench the characters from 18th-century England into a present-day Greta Gerwig film, to the casting choices and characterisation of the protagonist.

Put simply, it is a moving Pinterest board, narrated by a Sparknotes summary of the original Austen novel.

You might think that at the very least, the film might be appreciated for its period aesthetics. However, the film’s bizarre fluctuations in tone eclipse any appreciation of aesthetics, and you are left wondering whether you have watched a period drama at all.

We first meet the heroine of the novel, Anne Elliot, as a twenty-something member of the landed gentry, who struggles to come to terms with her broken engagement to Captain Wentworth eight years prior. More importantly, we meet Dakota Johnson as Anne Elliot.

Johnson’s vision of Anne is all curtain bangs and perfectly matched rosy lipstick. Going far beyond period inaccuracy, the film’s protagonist looks more at home in a ‘72 Questions with Vogue’ video than in a graduate literature class.

The incomprehensibility continues with Johnson breaking the fourth wall with lines that appear lifted from the comment section of Instagram. As Anne, Johnson also frequently carries a rabbit, which is never explained, and never receives the courtesy of a name.

These details skew the film into anachronism with neither the charm nor commitment of Sofia Coppola’s Marie Antoinette or Baz Luhrmann’s Romeo + Juliet.

We are less watching a contemporary take on an Austen classic, and more watching several vignettes with enough features to give the appearance of a period drama, without any of the substance.

Although Johnson is a fine actress and embraces the role with wry gusto, she has a louche 21st-century quality that detracts from the limiting factors of living as a woman in the era. Anne, as part of the land-owning gentry, would have moved through the world with a freedom unafforded to many during the period.

However, the film’s dismissive attitude to the precarity of being an unmarried woman within a family of declining income removes the central tension of Austen’s work. A tension that is at the core of many of Austen’s works.

What could have been a mature meditation of living life as a single woman in their late twenties, dissolves into an AI-generated mix of Fleabag, Bridgerton, and the 2005 Pride and Prejudice, with any distinguishing features ironed out.

There are subtle moments in the last half hour of the film which touch on a deep and genuine sense of loneliness and loss in love. The final moments in particular, when Anne and her chosen love are finally in each other’s arms as Birdy’s Quietly Yours plays in the background, offers both a sense of something real and hint at the film’s wasted potential as a contemporary take on finding love.

However, with Johnson’s sly wink to the camera, we are reminded of what has actually been delivered to us: a Netflix adaptation capitalising on cottage-core trends bolstered by a familiar Hollywood name.