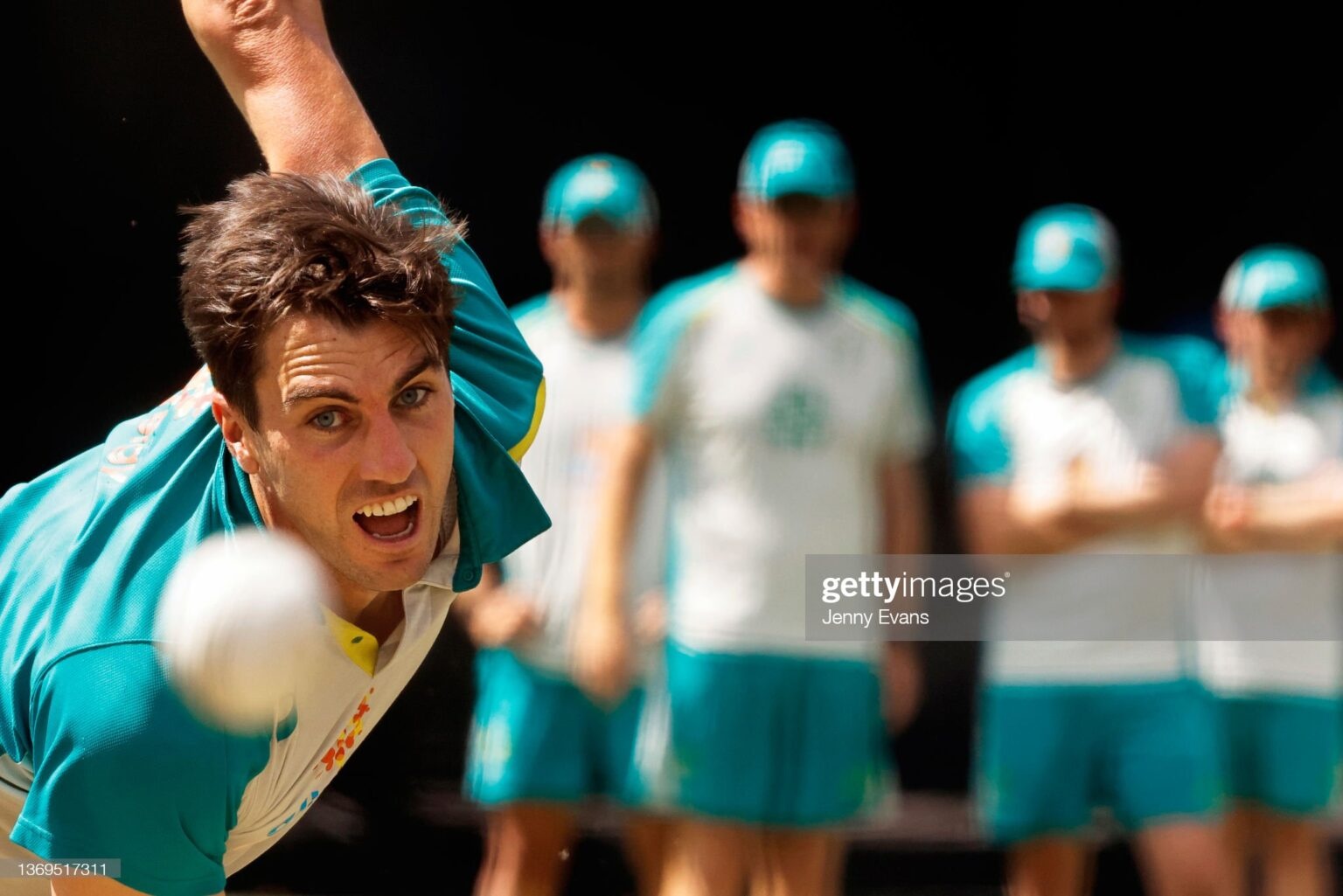 Australia has had a hard day in Pakistan with the hosts finishing on 1/245, it was certainly Pat Cummins toughest day as Test captain to date.

Australia has had a hard day in Pakistan with the hosts finishing on 1/245, it was certainly Pat Cummins toughest day as Test captain to date.

Pakistan took control on day one of a historic Test match in which Australia returned to Pakistan for the first time in 24 years. It was a long hard slog in the field for Australia after they lost the all-important toss on what is one of the flattest decks in Test cricket.

Pakistan took the advantage on day one finishing on 1/245 from the 90 overs, climbing into the box seat ahead of the next four days.

The Australians were optimistic going out onto the field knowing they had their preferred bowling attack of Mitch Starc (0/43), Josh Hazlewood (0/24), Nathan Lyon (1/87), and the captain Pat Cummins (0/34). But it did not take long for that bowling attack selection to come under fire by the commentary team and online.

The first lot of criticism came within the first ten overs of the day when Nathan Lyon took the ball and turned his first ball an absolute mile, the obvious answer would have been a second full-time spinner but the selectors along with the captain and coach had decided three seamers was the way to go.

Mitch Swepson was clearly frustrated with the decision to once again leave him out, he decided to bowl for the full hour lunch break out in the middle absolutely ripping every ball he could.

Australian interim coach Andrew McDonald spoke to the media after the match touching on the two spinners.

"It's like any other selection, I'd like to think we can judge it over five days, clearly, it was a tough day for all the bowlers including Nathan Lyon who bowled 31 overs.

"The pitch was tacky which started the speculation about spin but when it dried out it became tougher for quicks and spinners."

Things just went from bad to worse when Travis Head took the 17thover, bowling before Cameron Green. In reality, though it was a decision by Cummins to try and take advantage of the harder ball which Lyon showed would grip into the surface. The Pacer bowlers though continued from the other end without any assistance whatsoever.

"The Travis Head one was related to the tackiness in the wicket and was worth a shot early in the day.

"We would've liked a few more wickets but you have to give credit to how Shafique (44), Imam (132*) and Azhar (64*) batted." Said defending the choice of bowling Travis Head.

The opening pair of Pakistan pushed their way through most of the opening session which was extended due to Friday prayers.

Fortunately for Australia Abdullah Shafique had a brain meltdown with only seven balls to go before the lunch break hitting a Nathan Lyon ball straight up in the air with Pat Cummins taking the catch.

After lunch, Cummins made Azhar Ali uncomfortable for a period with a lot of bouncers but that could not be sustained with Azhar eventually getting himself in and then looked assured at the crease.

At the other end, Imam found another gear and some confidence that no one had seen from him in Test cricket before, he went to tea on ninety-two looking more forward to a Test century than a sandwich.

The century did come after a go-slow by Imam after the break, he was clearly nervous about a maiden century but eventually got there with a great drive through the covers for four runs. His century came off two hundred balls and provide Pakistan with an excellent springboard in which Pakistan can start scoring heavily tomorrow.

A mixture of pace and spin continued with none of the bowlers really looking all that dangerous, only Nathan Lyon managed edges at any point but they all fell short or past the fielders’ hands. Australia was desperate to get through the overs that they have now used eight bowlers, only Alex Carey, David Warner and Usman Khawaja are yet to bowl.

"Day one was always going to be the most difficult to bowl and because the ground is quite lush on each side the wicket will become more abrasive. The outfield will also become drier so we knew today wasn't going to be the day for reverse swing." McDonald said of the challenges of bowling today.

No surprises from the bowlers though with Josh Hazlewood being the most economical of the bowlers consistently finding a good length.

The issue was just a lack of penetration from any of the bowlers. The Aussies will be hoping that tomorrow's wickets come a little bit easier, hoping to bowl  Pakistan out for under four hundred.

"It's going to be attritional cricket and we will need to control the tempo as well as taking wickets, hopefully, we can be batting tomorrow," McDonald said of the plans for tomorrow.

The game was played under an air of sadness with the passing of Rod Marsh earlier in the day, he played a huge part in Australian cricket over a period of 50 years, and he deserved all the respect that was shown his way today.

It's a sad day for everyone in Australian cricket and the Marsh family," McDonald added speaking on Rod Marsh.

The cricket returns tomorrow with play starting at 4:00 pm with Australia having an eye on hopefully getting a bat at some stage in the day.