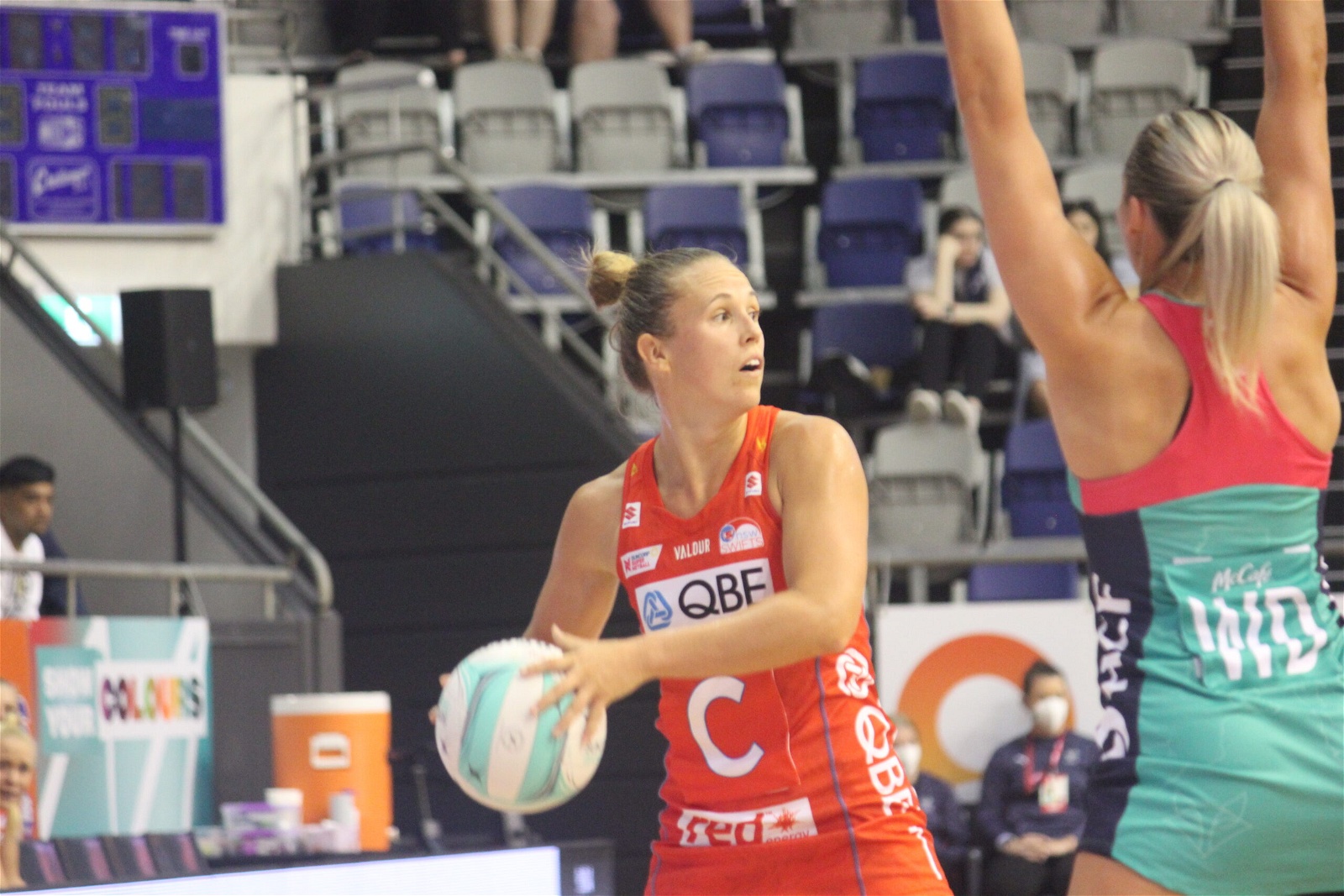 Paige Hadley: 'There is still going to be pressure on us to go back to back'

The Swifts are coming into 2022 as the reigning premiers with the Swifts now having the shift their mindset from being the hunters to becoming the hunted.

Paige Hadley: 'There is still going to be pressure on us to go back to back'

The Swifts are coming into 2022 as the reigning premiers with the Swifts now having the shift their mindset from being the hunters to becoming the hunted.

The New South Wales Swifts are coming into 2022 as the reigning premiers, and they must now shift their mindset from being the hunters to becoming the hunted.

It's a situation the Swifts have been in before, going into 2020 as the reigning champions after winning the championship in 2019.

Swifts star Paige Hadley said that it's a conversation the team had going into Team Girls Cup.

"It’s about speaking about it," Hadley toldEdge of the Crowd.

"Obviously in 2020 we didn’t know what it felt like, hopefully having that experience under our belts will put us in good stead for 2022, but obviously there is still going to be pressure on us to go back to back.

"Everyone wants to play well against the premiers but, for us, it’s about preparation as usual, focusing on us.

"Focusing on being better and making sure we have the structures and the communication in place that when we’re under the pump we know what we’re going to go to."

The Swifts have made three changes to their line-up, with Sophie Garbin, Lauren Moore and Nat Metcalf (nee Haythornthwaite) departing the club.

"So much youth, a lot of youth and a lot of enthusiasm.

"Allie [Smith] has transitioned beautifully over from the Vixens [and] brings us versatility, she’s just a mongrel... like I’m just excited to see her out there in the red dress.

"Kelly [Singleton] and Tegan [O'Shannassy] come through the pathway, it’s super special to have them come from training partner into a contracted 10.

"They’ve worked so hard to get this opportunity, and I can’t wait to see what they do out there on the big stage."

The Swifts participated in a few practice matches, which saw their training partners get some court time.

"What we felt we slowly progressed which is awesome, by round one you want to put out that full sixty-minute performance together, and I think that’s something we haven’t done in previous seasons, playing that full sixty minutes both ten minutes and then five minutes with the super shot in each quarter.

"It’s what we’ve seen is we’ve slowly progressed and match fitness is so hard to get, so it’s great to have those under our belts, so we can slowly get fitter.

"The match intensity is just fire out in SSN so to continue to build that so come round one we’re ready to go."

Netball is back on Fox in 2022 and Hadley said that they've got that passion to take netball coverage to the next level.

"I’m just excited to have access to every game on Fox, live ad break free during play. I think it’s going to elevate the game, elevate the athletes that are in the game and I’m excited, they’re so professional.

"The passion that they have is so good, so I can’t wait for the fans to be able to access it and watch it and not miss a minute of it."

The NSW Swifts will take on cross-town rivals in Giants Netball in the Grand Final rematch on Saturday at 7pm AEDT at Ken Rosewall Arena.