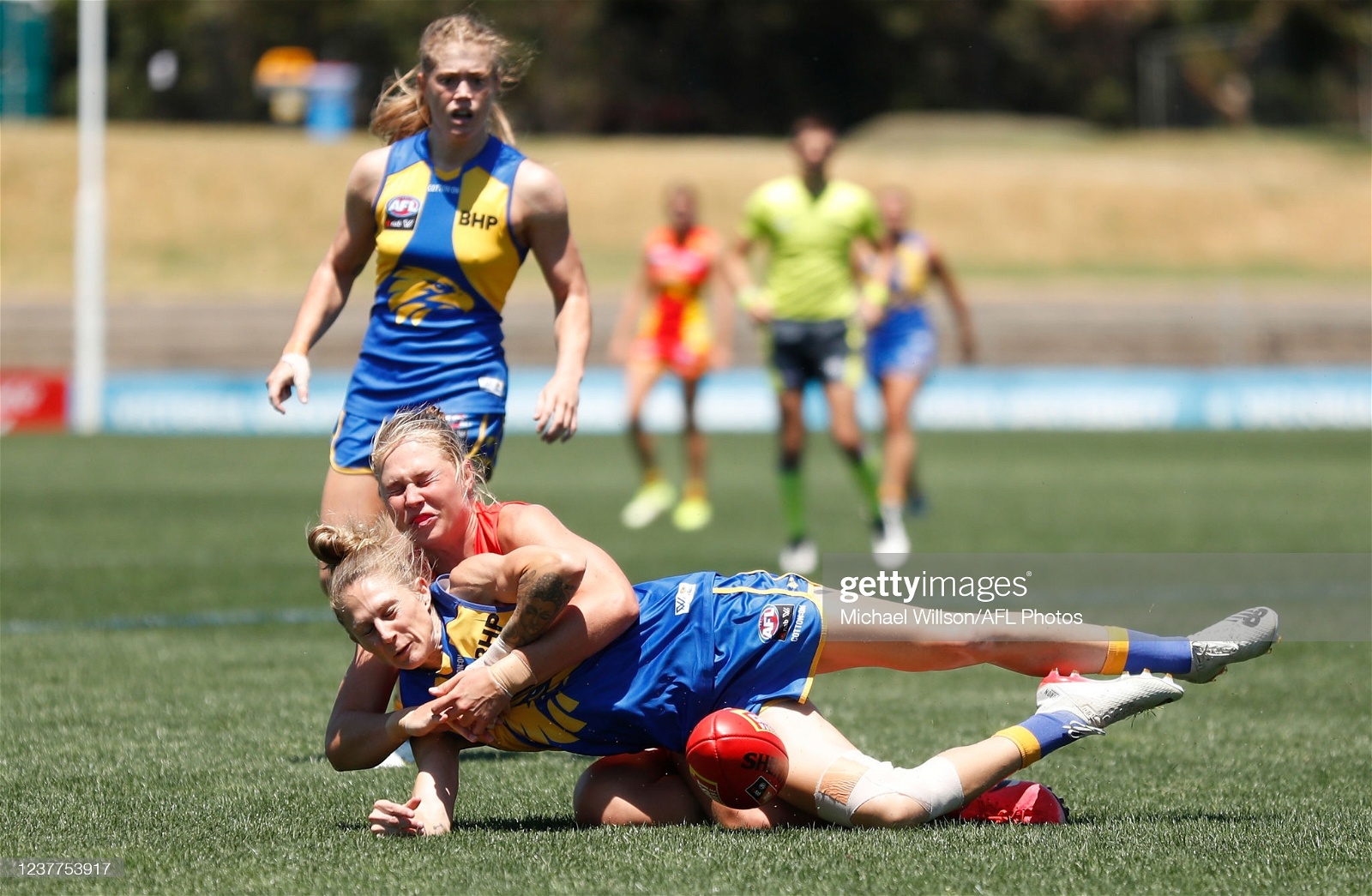 Opinion: West Coast can't afford to continue to flounder over lack of Pride

Pride Round is one of two significant celebrations in the AFLW home and away season and the West Coast Eagles continuing to flounder this week goes to the heart of why the round is so important.

Opinion: West Coast can't afford to continue to flounder over lack of Pride

Pride Round is one of two significant celebrations in the AFLW home and away season and the West Coast Eagles continuing to flounder this week goes to the heart of why the round is so important.

The AFLW's introduction of a Pride Round was one of the celebrated features of the season last year when it was first introduced. However, one club has noticeably missed the mark in 2022 by neglecting to design a dedicated guernsey for the round.

The West Coast Eagles were subject to the ire of fans this week following the announcement from West Coast General Manager of Community and Game Development Richard O'Connell, that the club had decided to not design a specialty guernsey for the players to run out in, on match day in round three.

The reasoning? To avoid rushing the process and ensure they would be able to design a new guernsey specifically for the women's team for Indigenous Round in 2022.

That is something fans might be able to empathise with, as this was the first season that there was both a Pride Round and an Indigenous Round in the one season, or they'd produced a design last year, however, that isn't the case.

2021, West Coast's second season in the AFLW, featured both rounds and the Eagles unveiled no new designs for either round, instead wearing the "Wings of an Eagle" design during Indigenous Round that was designed for the 2019 Indigenous Round for the men's team.

An understandable sentiment held by fans is that it shouldn't be a question of either or for the women's team to have original designs and that an Indigenous Round guernsey shouldn't be getting used as an excuse as to why the club continues to miss the mark.

For the 2021 Indigenous Round in the men's competition, West Coast unveiled the Rainbow Serpent but female fans were let down when it was announced that the design wouldn't be released in the women's cut. While that didn't deny fans the opportunity to buy the design altogether, it was a part of a pattern for the club.

The frustration isn't about the selection of Indigenous Round over Pride Round it's the fact that the Eagles are making it out like there was a difficult choice to make at all when the 13 other clubs in the league have released a new guernsey this week, there was always the potential to put the time and attention into designing both.

Even if you were to look at it from the most cynical lense, as a money-making exercise putting in the time and effort to produce a guernsey that fans could purchase could be a big earner for the club, both with supporters of the Eagles in the LGBTQIA+ community purchasing a guernsey that represents them and those that like to collect the different designs over the years buying it.

The Eagles attempted to garner some positive press by showing off the Pride training singlets at training on Tuesday, which would not be on sale from the club's website, which begged the question; "why did they take the time to make these and not a game day guernsey?"

The only issue, fans managed to find the design for the Brisbane Lions in store at Rebel Sport the very same day, and currently, a Geelong Cats singlet of the same design can be found on the Cotton On website.

To add insult to injury, Senior Coach Michael Prior made his feelings known about the situation when speaking toThe West Australian.

"I've got a simple view. That's not my role. I talk about footy, not what we're wearing," he said.

"I think we've done the pride stuff to death to be honest.

"I want to talk about the footy not the jumper."

Irritation with the situation is understandable, members of the LGBTQIA+ community are incredibly frustrated with the West Coast Eagles as it continues to drop the ball surrounding Pride Round and comments such as Prior's are hurting the club rather than helping it.

Prior's attitude is proof as to exactly why Pride Round is so important to the game, it's beyond more than just a jumper, if the club had taken the time to design the guernsey, then according to their claims about "having enough time and space to educate, promote and inform", Prior might have not thought to make such a comment.

WHAT THE RUCK- PREVIEWING PRIDE ROUND

CROWS CONTINUE ‘EXCITING’ START TO THE SEASON WITH WIN OVER KANGAROOS

The AFLW has a number of out LGBTQIA+ athletes and the West Coast Eagles has several on its roster, who deserve to feel supported by their coach not only because they're some of the best Aussie Rules players in the country but for who they are as people which includes what they identify as.

As a community, we all need to take the time to be more educated on cultural issues and the notion that it should solely be about the footy doesn't make for a conducive playing environment.

We've seen that through Indigenous Round each year as players of past and present are celebrated in the men's and women's competitions and it's gone beyond Australian Rules Football as more and more codes begin to adopt the round dedicated to the traditional owners of Australia.

It's been used as a teaching tool for both the players in the competitions as well as those at home who will learn more about the customs and cultures of the different indigenous communities in Australia in not only the match coverage but also the lead up to the round.

The AFLW has started something that has the potential to crossover into even more codes with Pride Round, which will further educate in the community about queer issues as well as create a safer environment for athletes to be out while still active in their sport.

To achieve this requires all of the clubs to buy in fully, changing the logo for a week to include the Pride flag and wearing rainbow socks isn't enough.

A guernsey isn't the be-all and end-all that's for certain, it starts with education, but it's a gesture, a tangible show of support to the queer community and to the league that a club is invested in what is trying to be achieved with Pride Round.