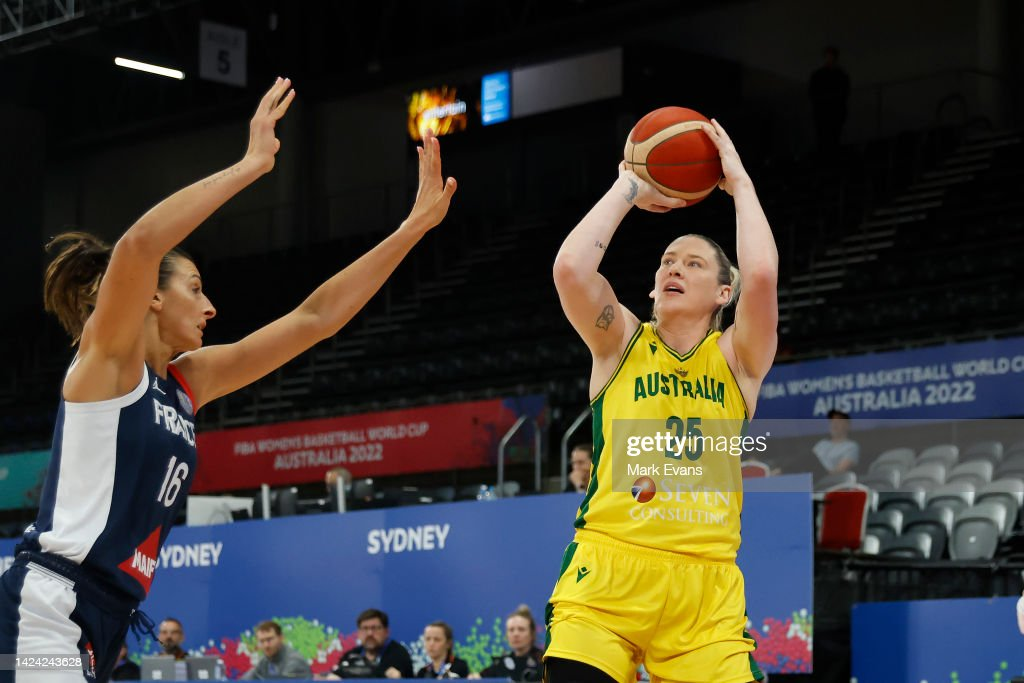 History is made in Sydney as Lauren Jackson puts in her 600th point in five World Cups during a tough loss against France.

History is made in Sydney as Lauren Jackson puts in her 600th point in five World Cups during a tough loss against France.

In a gripping first game for the Opals in the FIBA Women's World Cup 2022, it was a tale of experience for Australia when competing against a very strong French team. However, a tough second half meant that the Aussies fell to a 57-70 defeat.

The first half was initially dominated by three straight field goals from Opals mainstay Rebecca Allen. Allen finished the first half with 11 points, showing her versatile scoring ability in the fluid motion of the Australian offence. She lead all Australian scorers with 16 points.

It was only the first quarter of the game when 41-year-old Lauren Jackson hit her first and only basket of the game, a deep three-pointer to take her to 600 points overall across her five World Cups.

While the first three quarters were very competitive, the combination of active defence, impressive stamina and aggressive offence from the French meant that the visitors were able to take a stronger lead through the fourth quarter.

The France team were led by star Gabby Williams and young promising guard, Marine Fauthoux. Williams finished with 23 points, shooting 75 per cent from 3-point range while Fauthoux put in 10 points along with 6 assists, running her team from the point guard position very effectively.

Ultimately, a well-played second half led to a well-earned victory for the French earned in this one, but with an extra long group stage, the Opals still have every chance to qualify for the knockout stages as they get set to take on Mali in their second group stage game.