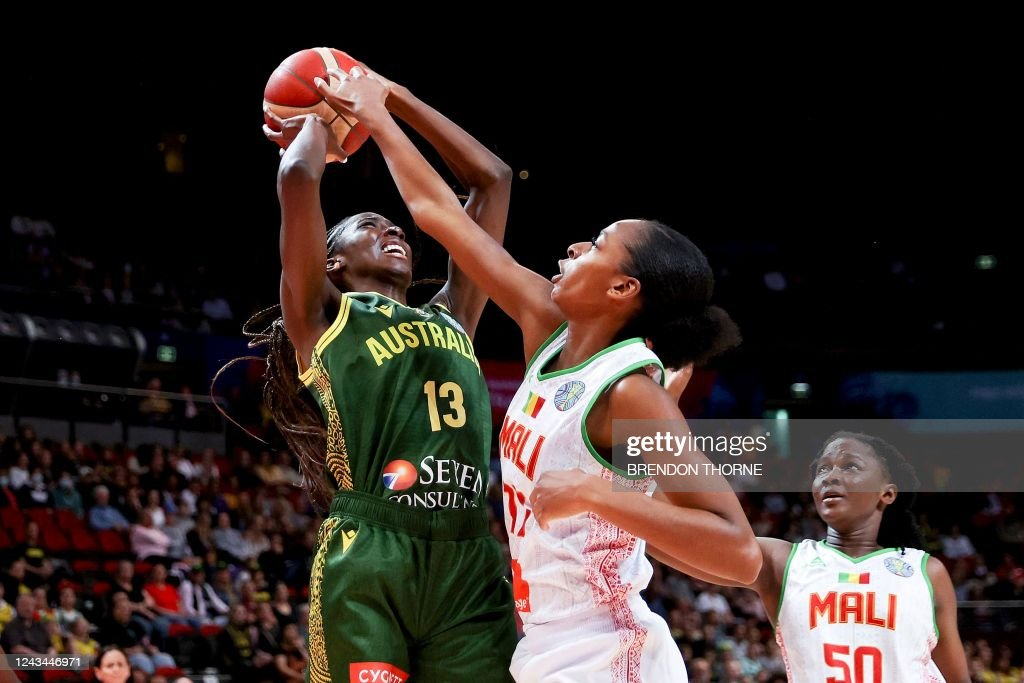 After a tough loss in night one of the FIBA Women's World Cup, Australia rebounded in a big way with a combined team effort leading to a dominant win.

After a tough loss in night one of the FIBA Women's World Cup, Australia rebounded in a big way with a combined team effort leading to a dominant win.

Overnight in the FIBA Women's World Cup, the Australian Opals stormed to a dominant 60-point win over Mali to bounce back after their loss to France on night one. The final score was 118-58 with 6 different Australians achieving double digits in scoring.

The Mali team got off to a strong start in the first quarter with their physical style of play stifling some of Australia's early opportunities as they set out to an early eight-point lead.

However, Australia's first subs ended up making a big impact in turning the game around. Lauren Jackson and Mariana Tolo checked in and finished with 20 points between them to put Australia up.

From there, it was all Australia as their talented forwards showed their inside finishing talent, Ezi Magbegor finishing with a game-high 15 points after drawing several shooting fouls.

Another key contributor to Australia's dominance was Cayla George who closed out the first half with three consecutive 3-point field goals to seize the momentum and put Australia on the way to a huge win. George finished with 14 points and all the Australians looked much more comfortable on the floor than against France.

Finally, captain Tess Madgen stepped up with a great game, scoring 13 points and leading the team excellently on and off the floor.