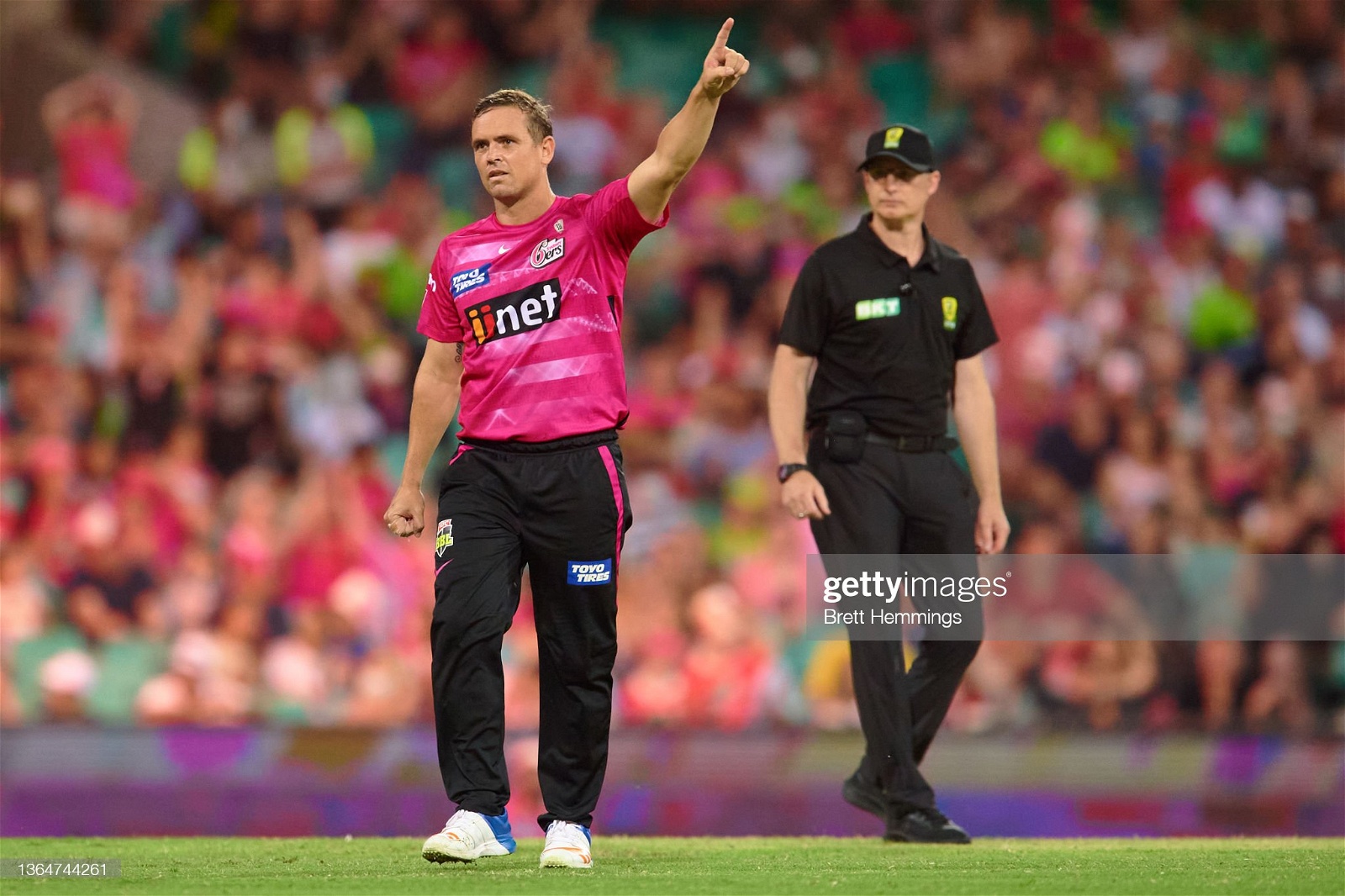 Stephen O'Keefe signs on for 12th season with the Sixers

Australian spinner Stephen O'Keefe has inked a new deal with the Sydney Sixers ahead of BBL|12 as he prepares for another summer as an important member for the franchise.

Stephen O'Keefe signs on for 12th season with the Sixers

Australian spinner Stephen O'Keefe has inked a new deal with the Sydney Sixers ahead of BBL|12 as he prepares for another summer as an important member for the franchise.

After hinting that last season might’ve been his final season in the Big Bash League, former Australian Test, One Day, and T20 spinner Stephen O’Keefe has ensured his domestic career continues after he penned a new deal with the Sydney Sixers ahead of BBL|12.

The 37-year-old, who becomes the Sixers’ ninth contracted player for the upcoming season, has been a part of the franchise since the league’s formation in 2011 and has played 91 matches in magenta, taking 80 wickets at a strike rate of 24.31 and economy rate of 6.66.

The club’s third-highest leading wicket-taker said he was feeling rejuvenated following the end of BBL|11 and credited the entire squad while mentioning the team’s coach and captain as the reason for signing on for another year.

“We have a great squad, and I have another opportunity to go out and express some skills,” he said.

“Greg [Shipperd] and Moises [Henriques] are two of the main reasons I want to go around again. Greg is an excellent coach, and his record speaks for itself.

“However, he’s a true mentor. I’ve learnt a lot from Greg - not only from an on-the-field sense but off it as well. So, to be able to play another season under him, and alongside Moises, was a real drawcard for me to go around again.”

Shipperd labeled O’Keefe as one of the Sixers’ spiritual players, hailed him as one of the club’s players who had been there from the start, and reflected each franchise’s fighting qualities through his resilience to stay with the team through each edition of the competition.

“Stephen is a remarkable player in terms of the life of the franchise. He’s been there for the whole journey - been through many ups and some downs as well. But he’s still delivering at the highest level,” Shipperd said.

“Last season, he and Rashid Khan had daylight between them and the rest of the field in terms of spin bowling. We’re delighted to have him, and, deservedly, for Stephen’s sake, for him to have a chance to play at his best.

“He’s not only one of our ‘spiritual’ players on the field, but he’s also extremely popular with our fans. He’s like having another coach in our side and shaping the minds of our emerging spin bowlers.”

While the competition has changed since O’Keefe took the field in the first edition of the BBL, the left-arm orthodox spinner considers the evolution of the game a factor that can’t be dismissed as team’s chase the BBL championship and trophy, and for the Sixers, their fourth.

“It (the game) has evolved. There’s a lot more planning that goes into the way a side wants to play,” he said.

“There’s no doubt the skill level has increased– we’re seeing young kids come into the game boasting skills I could only have dreamt of at 18 or 19.


“And the way the community has embraced T20 cricket has been fascinating. It’s been very exciting to watch the growth of the game.”

The ever-changing growth of the sport has prompted O’Keefe to continually update his own game to keep up and show that he wanted to become an important part of the side, indicating he’s been working on some surprises as he has been training in the nets.

“I’m working as hard as ever on my bowling because I want to be an important member of the team,” he said.


“We have some top-quality young spinners in our squad, and if you’re not doing well, it won’t take long for someone to take your spot.


“So, you need to bring ‘something’ each season. You have to be able to adapt, but it’s important to do the basics well, and to have a clear plan whenever you step onto the field.


“If you’re not improving your skill set – and mine’s bowling - it won’t take long before the competition’s batters cotton on and take advantage of that. You always have to be thinking, but something Greg Shipperd has said to me really resonates.


“He said ‘experience never gets old and what I’ve found is the more you play, the more you see. And, the more you put yourself into contests you might realise that [through experience] you’ve been in a particular situation before . . . and that helps.”

The Sydney Sixers begin the BBL|12 season against the Adelaide Strikers at Adelaide Oval from 6.45 pm local time on Wednesday, December 14.