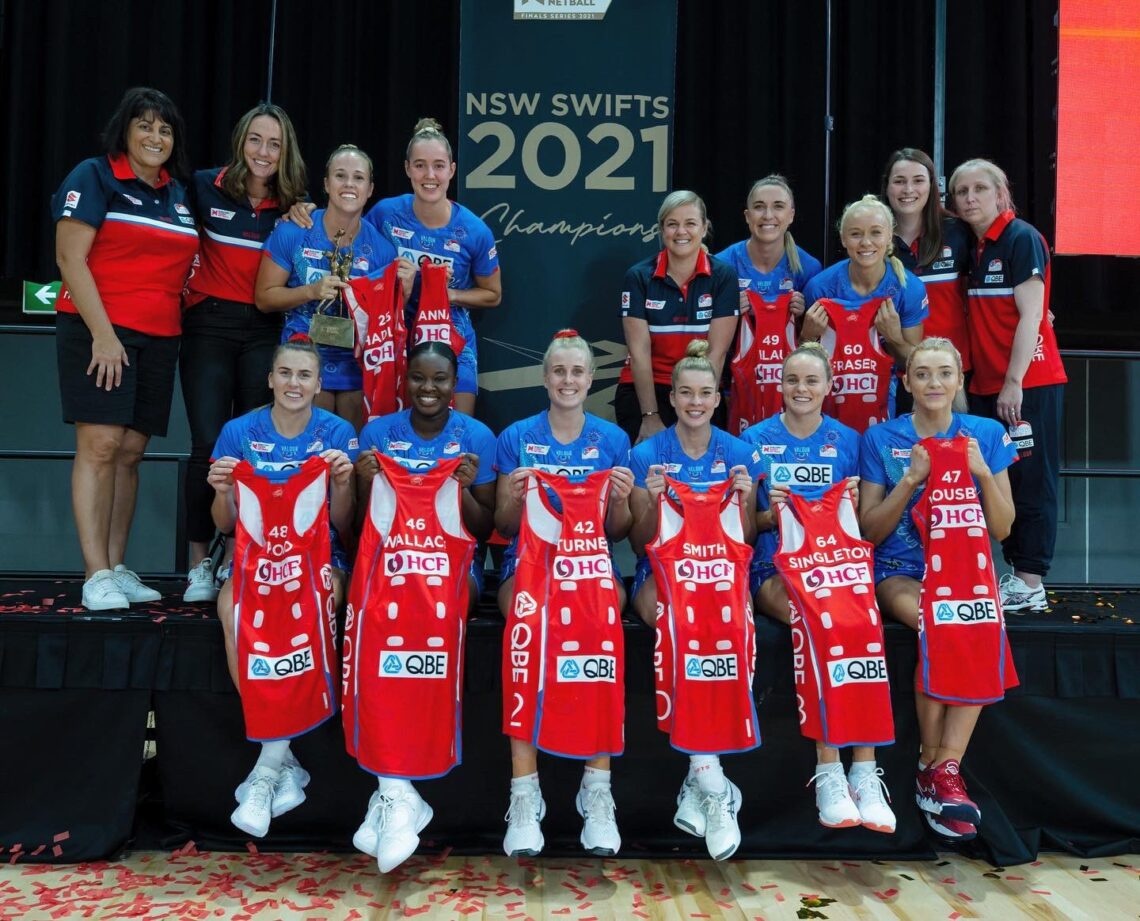 The Swifts have had a busy offseason, as they were forced to replace some of their established talent and depth. The introduction of new local talent will bolster their ranks.

After a premiership in 2019, and then a let down year in 2020, the Swifts attacked 2021 with a vengeance. A strong start was only slowed by an extended (10 week) road trip, including a stint where coach Briony Akle was away from the team in COVID-19 isolation.

The Swifts fought on with two wins over the Giants during the finals, sealing a second premiership in three years for the club.

Maddy Turner (pictured) was the MVP of the 2021 Grand Final. Image: Elly McNerney

When a team wins the premiership, there's not a lot to talk about in terms of improvement.

A team that showed versatility and resilience, the ability to come back, and to dominate the opposition, the Swifts put in a comprehensive season in 2021.

The Swifts made it through a challenging home and away (mostly away) season. Big wins early in the year over the Queensland Firebirds and Melbourne Vixens were brought back home with a humbling loss to the Adelaide Thunderbirds.

As the season wore on, the Swifts mostly found consistency, and headed into finals in strong form.

From there, two matches against the Giants led to the picture below.

The core of this team has been together for a long time, with the shooting and defensive circles, and the midcourt duo of Hadley and Proud, all together through two premierships now.

The chemistry of the team allows the Swifts to play with tempo during the game, whether it's fast play to score or stringing together 30 passes in the last minute of a match to ice the win.

This innate understanding remains something for every other team in Super Netball to combat and aspire to.

The Swifts lost three key players, all of whom played significant minutes off the bench last season. Briony Akle appeared to take a lot of comfort from knowing the quality of the players on her bench, and that she could throw them onto the court at any time.

Until the new players on the bench prove that Akle has the same level of trust in them, this will be a question hanging over the Swifts.

Multiple games last year were won on the back of a bench player, or a change in personnel. Does Akle have the same resources at her disposal again this season?

Kelly Singleton. Singleton has stepped into the role Sophie Garbin held, as the third shooter for the Swifts.

She will no doubt be asked to play throughout the season to allow the circle mix to change up for the Swifts.

At Team Girls Cup, Sam Wallace was out for the entire tournament, throwing Singleton into the action.

She became the leader of the circle halfway through the tournament as Housby went down injured, working with training partner Laura Towell.

Singleton thrived in the situation, finishing as one of the leading scorers of the tournament. Expect this season to be slightly less chaotic, but still very successful for the young shooter.

The Swifts will again be competitive this season for the Super Netball premiership.

There is something exhausting about having a target on your back, that means that every week, your opposition brings its "A game".

Helen Housby has long been a star for the Swifts, and on the global netball stage. Image: Elly McNerney

While the Swifts have the depth, talent and experience to handle that target, and remain elite this season, eventually that takes its toll.