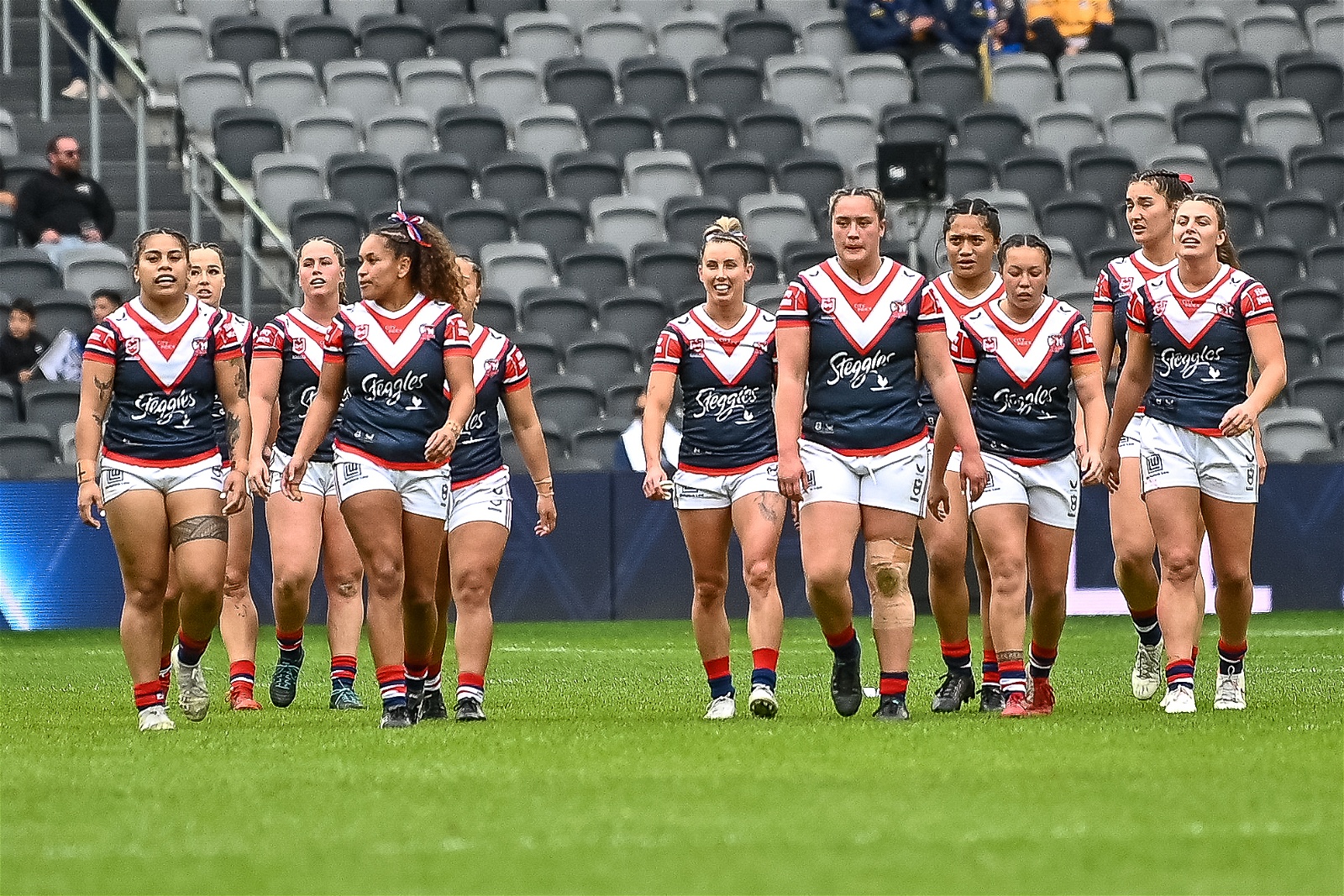 NRLW: What we learnt in week 1

The first week of the NRLW was incredible, and we learnt plenty.

NRLW: What we learnt in week 1

The first week of the NRLW was incredible, and we learnt plenty.

The first round of another NRLW season is in the books. In what looked to be the most competitive season yet, each team wanted to show they were the one to beat.

Here's what we took away from each performance.

Sydney Roosters - Give them an inch, and they'll take a mile

This Roosters backfield is always looking to score; stopping them is hard work. The Eels found this out the hard way.

Some early kicking woes kept the game tight initially, but when the Eels lapsed on defence, the Roosters made sure they regretted it.

Isabelle Kelly was spectacular for the Roosters and joined by Jayme Fressard to make a dangerous combo. Jess Sergis is an absolute class player, and Sam Bremner is making linebreaks and huge runs despite few top-level games since her 2019 pregnancy.

And that's not even talking about the talent up front.

The Roosters have suffered significant losses, with Hannah Southwell going to Newcastle and Corban Baxter missing this season. Despite this, they showed they are more than ready to defend their title from earlier this year.

Parramatta Eels - In need of an attitude shift

The Parramatta Eels were terrible defensively. They missed many tackles and allowed plenty of linebreaks.

If they want to win any games this season, they need to work together better and bring more effort on the field. Coach Dean Widders made it pretty clear he expects better from his team.

"We were poor, and we've got to improve."

"We got to get the attitude right across the whole team – we've got to turn up with physicality at the front of our mind next week."

There were a few bright spots for the Eels. Simaima Taufa and Kennedy Cherrington were two of the hardest working players on the field, making big tackles and big runs. However, those two can't win games on their own, and the Eels side needs to tighten up if they don't want a second season watching finals as spectators.

St. George Illawarra Dragons - Picking up where they left off

The Dragons have benefited from being the side that has lost the least players in the offseason. Most notably, the Dragons are the only side with the exact same spine as last year – something coach Jamie Soward recognises as an advantage.

"We all sat down and are on the same page – it's a huge advantage to have all those girls here."

To cap off the chemistry of the spine, having one of last season's Dally M winners at fullback certainly never hurts either – and Tonegato's performance this week shows she's still in her excellent form.

A new coach can always bring some struggles in the first few weeks. With a short preseason, Karyn Murphy has had little time to get the team playing in the system she wanted.

"We're new, and in fairness, we gave the girls some new structures to work with.

"I think what happened out there today is that in the first period of play, things didn't go to plan, and they were nervous.

"Looking at that last ten or so minutes, they started to look good."

With a short season, Murphy will need to get her side to look more convincing in her system immediately, as early losses will make the finals race an uphill battle.

Newcastle Knights - Forget last year; this side is here to win

Newcastle had a tough job ahead of them for their opening round. Taking on the Broncos is never easy, especially when you're still looking for your first NRLW win.

With some major off-season moves, Newcastle showed they could hit the ground running and be competitive in their second NRLW season.

Alongside their big-name signings, 17-year-old Jesse Southwell also made her debut. While there were high expectations for her, few people were ready to see just how well she'd play.

"We know she'll get better week in and week out, but we knew she was in for a good game tonight.

"She's a player you really want to play alongside."

Brisbane Broncos - The End of a Dynasty?

As the major dynasty of the NRLW, the Broncos had a lot of pressure on them. Losing Millie Boyle and Tamika Upton were two big blows to a side that had a disappointing 2021 season.

There were a few positives from this game. Jamie Chapman provided a strong debut at the fullback position, and Ali Brigginshaw continued to show why she's one of the best players on the planet. Despite this, losing their opening game of the season is perhaps a sign that the dominant Broncos dynasty may be coming to an end.

If a little jumpstart can get them back to speed or a more long-term outlook is needed is yet to be seen, but an early loss makes the season a lot more exciting for the other teams.