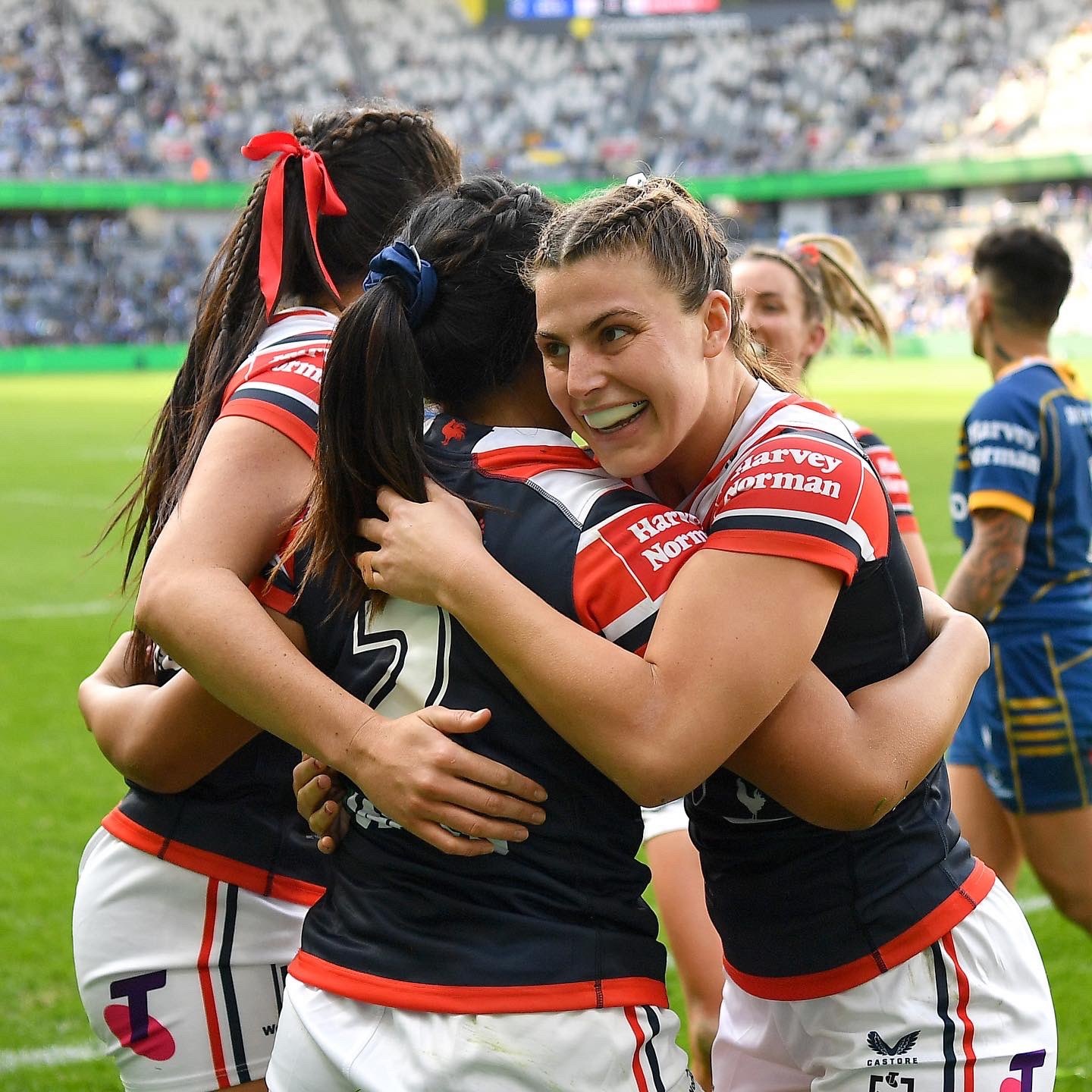 NRLW Team of the Week Round 1: Fireworks to start the season

As the 2022 NRLW Season Kicks Off, we look at the top performing players of the round.

NRLW Team of the Week Round 1: Fireworks to start the season

As the 2022 NRLW Season Kicks Off, we look at the top performing players of the round.

She returned to the NRLW after missing the 2021 season, the star fullback didn't miss a beat, putting on a massive performance in her side's 38-16 win over Parramatta.

Entering her third NRLW season, the Dragon's winger put on one of her best performances to date. Her speed and agility were unmatched as the 20-year-old produced two tries, nine runs for a massive 180 metres, two tackle breaks and a line break.

Debuting earlier in the 2021 NRLW season, Page Mcgregor scored her second try in her eight-game career, as she helped her side in their 26-12 win over the Gold Coast Titans.

In her first game as captain of the club, Isabelle Kelly put on a stellar performance in the reigning premier's win over Parramatta. The superstar centre scored two tries, had one try assist, ten tackle breaks and two line breaks, and ran 170 metres in 15 runs.

In her debut game for the club, the experienced winger showed a lot of hustle, scoring two tries, making three tackle breaks and two line breaks and running 85 metres in 12 runs.

Despite her side's 32-14 loss to the Newcastle Knights, the veteran five-eighth put in a massive effort for her club as she scored one try, made ten runs for 76 metres, and made two tackle breaks and one line break.

At 17 years old, the Knights' halfback made history as the youngest debutant in the NRLW in her side clash against the Brisbane Broncos.

The inexperienced halfback put on quite the performance, impressing fans with one try, 11 runs for a whopping 144 metres, five tackle breaks and two line breaks. Southwell is a player to watch this season.

Despite her side losing by 14 points to the Dragons, the experienced prop made a massive impact off the bench in her 27-minute stint. Hancock scored two tries, ran 180 metres in 10 runs, and made five tackles, two line breaks and 18 tackles.

Joining the club in the off-season from the Gold Coast Titans, the 19-year-old club debutant played 57 minutes in her side's win over the Eels, with five runs for 57 metres and a massive 29 tackles made.

In her club debut following her departure from the Broncos at the end of last season, the prop put on a big performance in her 56-minute stint against her former club. Running a massive 168 metres in 19 runs, Boyle made a staggering four tackles, one line break and 28 tackles.

Also debuting for the Knights against her former side, the second rower proved to be a workhorse for her side as she scored one try, ran 127 metres in 12 runs, made two tackle breaks, one line break and 22 tackles.

Joining the Knights in the off-season from the Sydney Roosters, the experienced second-rower also put in a tremendous performance for her new side against Brisbane. With a massive 34 tackles, the second rower also ran 71 metres in eight runs and made a tackle break.

In a 66-minute stint, the experienced lock ran 137 metres in 17 runs during her side's 26-12 win over the Gold Coast Titans. Wheeler also made a huge 40 post-contact metres and 21 tackles.