As the reigning premiers chase a consecutive premiership, we look into the biggest strengths, challenges, gains and losses for the squad coming into the 2022 season. 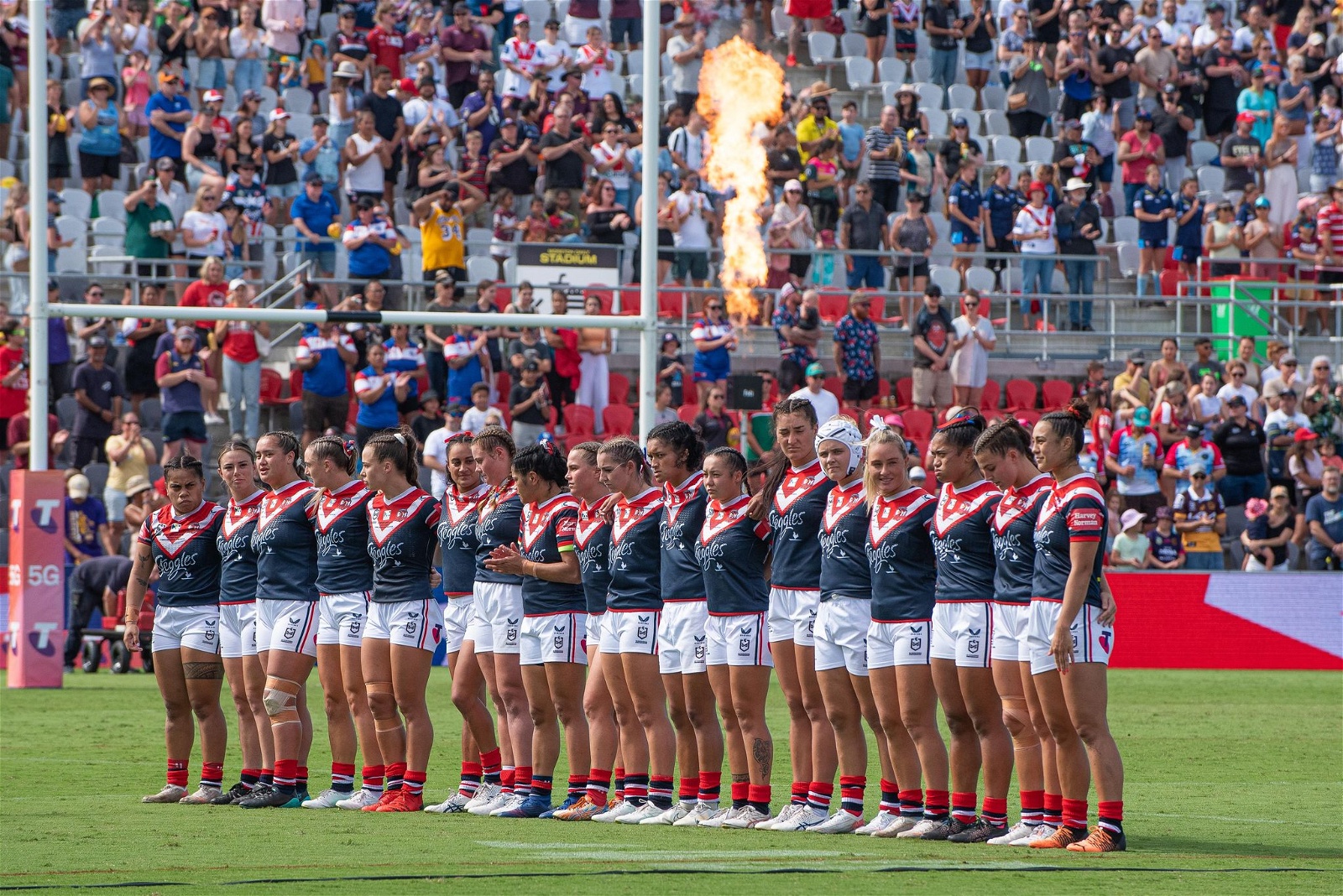 As the 2022 season approaches, the Sydney Roosters look to replicate the men's 2018-19 victories as the reigning premiers hunt a consecutive premiership.

The form came at the right time for the Roosters last season, they may have just scraped into the finals in fourth spot but a perfect finals run saw them make the grand final and get over the top of the Dragons to be just the second team to win the NRLW.

How They Went Last Season

Last season the Sydney Roosters, captained by Corban Baxter, finished fourth on the NRLW ladder. A gutsy finals campaign saw the squad as the second team to win the premiership, following a three-year reign by the Brisbane Broncos.

The key to the Rooster's success last season was their ability to attack, attack and attack some more. They made the most of the little possession they had, often using the speed of their backs to get past the opposition.

They led the competition with 35 linebreaks and 3500 post-contact metres, a massive 200 more than the next best team. They ran the most metres and the most metres when returning kicks. Fitness was the key for the Roosters and will be again.

How They Can Improve

The Roosters need to get their hands on the ball more often; they only had possession 48% of the time last season. That and only completing 68% of their sets means they weren't good enough with the ball in hand.

To fix this, the club has looked inward, hoping to build a culture and style. This season, the club reports they have retained 75% of the 2021 squad and, in a huge boost, have recruited four high-profile players to join the squad.

With captain Corban Baxter unavailable this season due to the impending birth of her second child, star centre Isabelle Kelly has taken on the captaincy role for this season.

The biggest strength for the Roosters this season is the retention of such key players to their squad from their 2021 campaign, alongside their new signings.

Star centres Jess Sergis and Isabelle Kelly are sure to cause headaches for opposing teams this season, whilst the return of NRLW veteran Sam Bremner to the side adds depth to their spine as she eyes the vacated Fullback role.

Many members of this Roosters side have also played together recently in the Tarsha Gale Cup side, meaning their combinations are as fresh as ever.

The biggest challenge for this Roosters outfit will be consistency. Last season we saw them put on some big performances in the finals, but their regular season was sub-par, relying on a 1-point victory over the Parramatta Eels to gain them a finals spot.

With sides like the Brisbane Broncos and St. George Illawarra Dragons lurking and some big signings at Parramatta, the Roosters will need to perform big this season.

Outside the extensive veteran group at the Roosters, fullback/half Jada Taylor will be one to watch, with her speed, agility and impressive ballplaying efforts posing a real threat to other teams in the competition.

Playing together throughout the year will prove to be a major bonus for this side, and if their combinations are strong enough, this Roosters side has the potential to go all the way again this year.