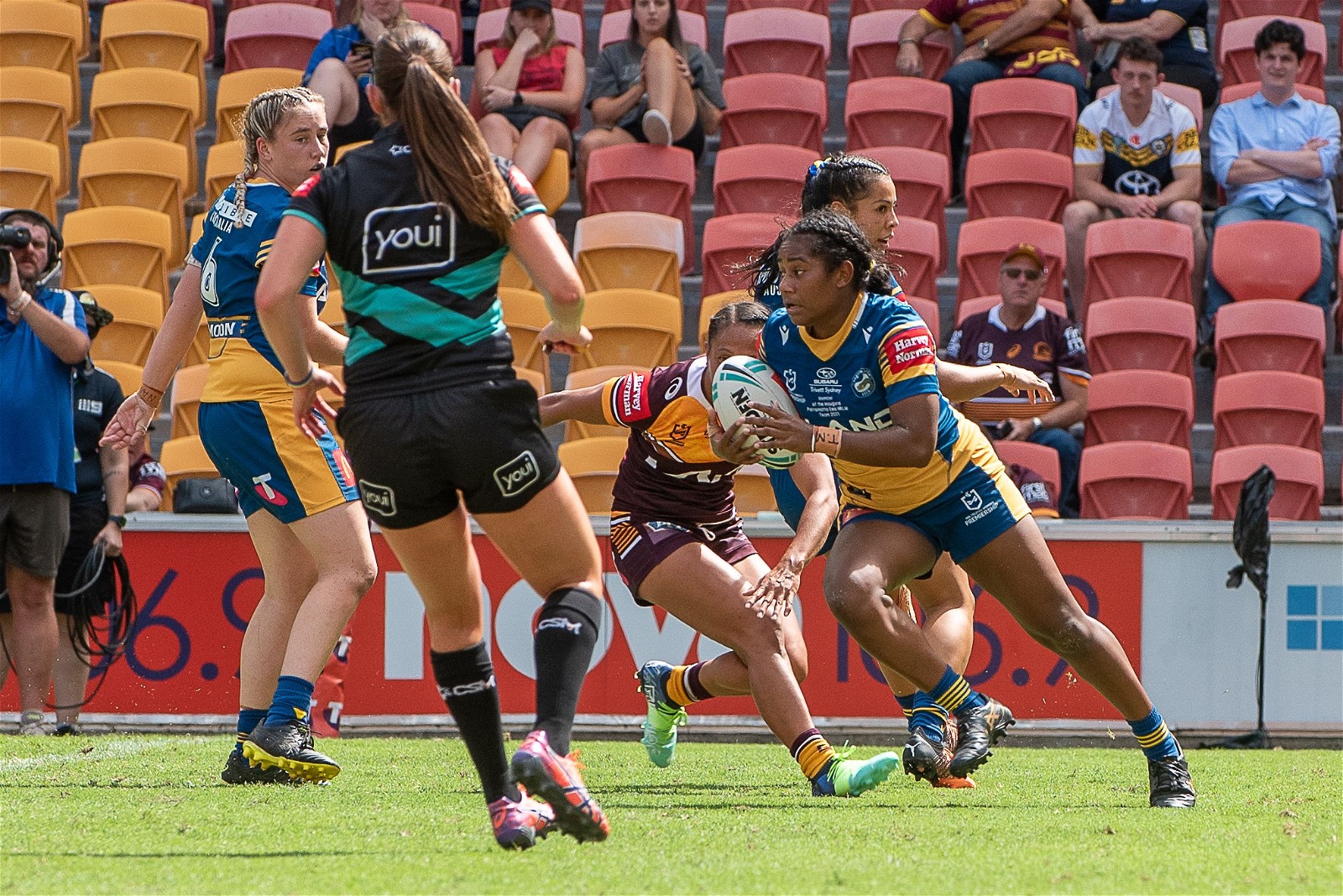 As the 2022 NRLW approaches, we take a look at the Parramatta Eels squad and their premiership chances.

As the 2022 NRLW approaches, we take a look at the Parramatta Eels squad and their premiership chances.

The Parramatta Eels return for their second season in the NRL Telstra Women's Premiership this season, as they face the task of making their first finals campaign.

Last season Parramatta were a competitive side with some of the in-form experienced teams. However, their inaugural finals campaign was cut short due to points differential.

Entering the 2022 season with the most inexperienced side in the competition, it will be up to skippers Tiana Penitani and Simaima Taufa to lead the new generation of 13 rookies to chase their first premiership.

The Eels were another of the new sides in the completion last year, and their lack of experienced showed, particularly towards the end of the season. A massive 38-4 loss to the Broncos showed just how far away the young Eels were from the finals.

While they finished second to last on the ladder, there were some very bright spots. Their first loss was by just ten points before a one-point loss made sure that they wouldn't feature at the pointy end of the season.

Maddie Studdon was the clear stand-out for the Eels last season, with her leading all-comers in so many categories. She scored 19 points, seven conversions and kicked the first field goal in the NRLW. Impressively she also kicked for the most metres in the competition getting just over the 100 mark.

The real challenge for coach Dean Widders this season will be filling the void left by star fullback Botille Vette-Welsh, who suffered a season-ending knee injury and will be unavailable for the entire campaign and star hooker Nita Maynard (Broncos) and rookie half Emily Curtain (Titans).

While losing some key players will be challenging for the Eels side following their form last season, Widders has recruited some young guns for his squad, Losana Lutu and Zali Fay, Luisa Yaranamua, Najvada George and Cassey Tohi-Hiku.

This season, the Eels will be backed with some previously developed combinations between rookies from the NSW Under 19's and Eel's Tarsha Gale squads to boost their strength.

The club also welcomes back prop Kennedy Cherrington this year, who was awarded 2020 Rookie of the Year alongside her sister Rueben.

With the departures of Emily Curtain (Titans), Sereana Naitokatoka (unsigned) and Maddie Studdon (unsigned), Parramatta face a real headache in selecting halves pairing that can match up with some of the competition's in-form halves.

The Eels will likely look to new recruits Brooke Walker, Losana Lutu and Tayla Preston for answers in hopes of finding a premiership-winning pairing.

Brooke Walker will be the one to watch this season. Signing to the club from AFL's Carlton Blues squad, the prospect half is likely to pull out some troubling kicks for her opposition, while her speed and agility will make her quite an active ball-playing half.

Despite having a squad full of rookies, Parramatta has the talent in their squad to bring some fire to the competition this season. It will be up to the leadership of Tiana Penitani and Simaima Taufa to push their side, but this squad is a genuine contender for finals footy.