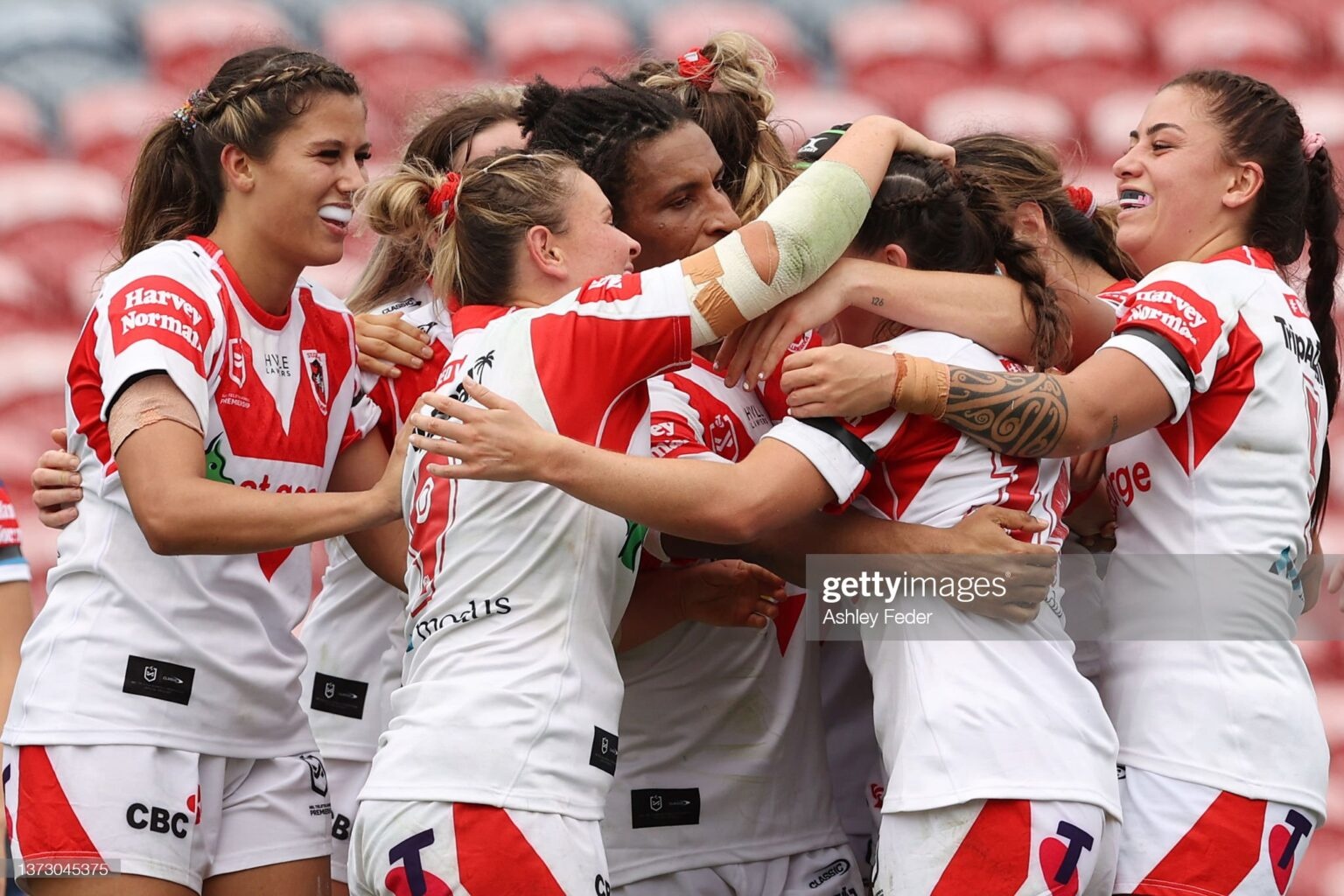 “It’s not what most coaches would say, but I’m glad we lost because we didn’t deserve to win.”

That is not a line you often hear from a coach after their team lost a game. However, it was the exact response that Jamie Feeney, the Titans’ head coach gave the media.

After a 20-12 loss to the Dragons, marked by errors from the Titans, it’s hard to argue that the Titans deserve to come even close.

The Dragons got early runs and dominated field position, but some strong goal-line defence from the Titans kept them from getting on the scoreboard.

This was until 20 minutes into the game, when some strong wing play got Tegan Berry through the Gold Coast defence, putting them up 4-0.

A second try, this time with Quincey Dodd setting up Madison Bartlett showed that the Dragons have threats on both sides of the wing.

The Titans appeared to score right on the halftime siren, but that was overturned by the bunker, leaving them in a difficult situation for the break.

Tegan Berry got her second try of the match, but that was where the momentum changed.

Two quick tries (and some accurate kicking), put the score at 14-12 with just over five minutes remaining in the game.

This momentum shift failed to last, with turnovers giving the ball right back to the Dragons. With that, the Dragons could wind down the clock, to open the season with a win.

This also means that new Dragons coach Jamie Soward starts his career as a head coach with a win.

“I’m really proud, obviously it was a bit of a rocky rollercoaster at the end there.

“I was really happy for the girls, that first half we defended really well.”

The coverage showed Soward clearly stressed during that second half, and he made no attempt to deny it.

“My Fitbit said it was about 80 beats per minute, but I’m pretty sure it was higher than that.

Apps, typically a second-rower, made her debut at prop – a position that she enjoyed playing.

“[Prop was] so much fun. Couldn’t feel my lungs for a while there.

“I really enjoyed being around the ball and getting the girls forward.”

Apps played her new position well and contributed both with the ball and on defence. Her coach was a key factor in encouraging her to adopt this new position.

“[Soward] has been saying it for years.”

The Titans on the other hand will leave the ground with many questions to ask themselves, with coach Jamie Feeney openly disappointed in his team’s performance.

“We probably got closer to the win than we deserved to.”

While the Titans did defend their goal line well, they spent a much higher portion of the time on defence.

Both Evania Pelite and Tiana Raftstrand-Smith got line breaks, but the Titans failed to create many other opportunities.

In addition to an ineffective attack, the Titans also found themselves frequently turning over the ball, often in strong positions for the Dragons.

“It’s a steep learning curve for the girls if you give that much footy away.

“We didn’t drop the footy that much at training.