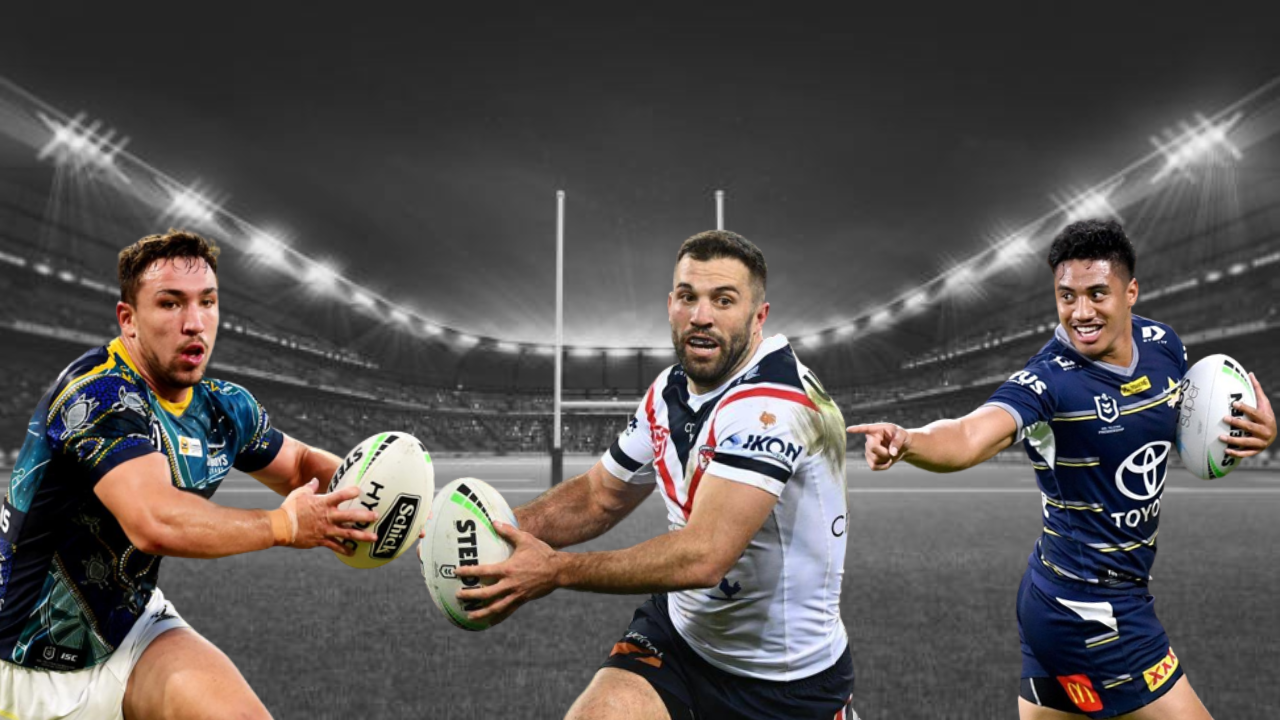 NRL Team of the Week Round 25: Eels jump in the top four

With the finals just around the corner, now it's time to look at the final team of the week of the regular season.

NRL Team of the Week Round 25: Eels jump in the top four

With the finals just around the corner, now it's time to look at the final team of the week of the regular season.

A regular team of the week player, Tedesco is after leading his team to secure a home finals game against the Rabbitohs. Tedesco ran for 275 metres and broke two tackles to finish the home and away season on a high note.

As they begin finals this week, the Roosters will look to Tedesco to help make the difference against their rivals and maybe even deeper into finals.

The Eels had a crucial win over Melbourne Storm, coming away with a 22-14 victory. Winger Maika Sivo had a great game, scoring a try in the 60th minute. Teammate Clinton Gutherson did an incredible pass out to the wing, where Sivo was able to secure the try. Sivo also had an astonishing line break, proving his position in this week's Team of the Week.

His first try was from a lucky kick, bouncing off a Panthers player straight into his hands. His second came off a quick pass from Scott Drinkwater and a tough tackle on the try line. His third was an incredible effort from himself and teammate Kyle Feldt, getting the ball all the way down the field. Holmes had a massive 183 run metres, thanks to his fantastic line breaks and assists throughout the game.

The Canberra Raiders smashed the West Tigers this week, winning 56-10. Centre Sebastian Kris played a great game, scoring a try 9 minutes in, putting the Raiders 2 tries ahead in the first 10 minutes. Kris racked up 123 run metres and had some great try and line break assists. He had a 92.31% tackle efficiency off 12 tackles and overall played a great game.

Murray Taulagi had a fantastic game this week, with some solid line breaks to show for it.

Taulagi scored a try in the first 10 minutes, putting the Cowboys ahead nice and early. Some great team passing down the line assisted him in scoring the first try of the night. Taulagi had a whopping 196 run metres and played a great team game.

Their season may be over now, but the Gold Coast Titans did finish on a high note, with a golden point victory over the Warriors.

Brimson was making all the key plays for the Titans throughout that game, with 33 passes, a line break and assisting another line break. As the Titans begin planning their 2023 campaign, they need another strong season from Brimson to avoid another season outside the eight.

With a win locking in finals for the Raiders, they came out and made a statement against the Tigers. Until he was taken off in the 41st minute to be rested for finals, Fogarty's kicking game was giving the Tigers major trouble.

He was 7/7 in conversion, as well as making a number of other big kicks to prevent the Tigers' counterattacks. If Fogarty and the Raiders keep up this form into finals, they could potentially cause the Melbourne Storm some trouble.

The Titans finished their season on a high with a come-from-behind 27-26 win over the Warriors. More than 20,000 fans attended the Auckland match, but many left disappointed after the Titans' Tanah Boyd kicked the winning field goal in extra time.

Captain Tino Fa'asuamaleaui racked up 141 running metres from 15 runs, along with two tackle breaks and 13 hit-ups. His defence was equally as strong as he made 41 tackles with 91% tackle efficiency.

The Panthers rested many players in Round 25 to freshen them up for their qualifying final. The Cowboys capitalised on this, securing a 38-8 win in front of nearly 24,000 fans in Townsville.

Reece Robson got the last try of the match in the 68th minute. Chad Townsend secured good field position for the Cowboys with a 40/20. A Jordan McLean offload then went to the ground and Robson scooped it up to score between the posts.

Robson finished the game with 90% tackle efficiency, having made 44 tackles. He also racked up two line breaks, three tackle breaks and one try assist.

The Eels secured a crucial 22-14 win over the Storm to overtake the Storm and go into the top four. They have now booked a qualifying final clash against the Panthers. Junior Paulo was among their best.

From his 21 runs, Paulo racked up 216 running metres, the most of anyone in the game. He also finished with 90 post contact metres, two tackle breaks, three offloads and 20 hit-ups.

In their first game at the new Allianz Stadium, the Roosters secured sixth position on the ladder with a 26-16 win over the Rabbitohs. They will verse the Rabbitohs again in the elimination final this week.

Angus Crichton was one of the Roosters' best. Crichton scored the match's first try in the 6th minute thanks to a short ball from Luke Keary.

He racked up 66 post-contact metres and 179 running metres from 19 runs. He also had one try assist, two line breaks, three tackle breaks, two offloads and 19 hit-ups. Having made 32 tackles in the match, Crichton's defence was just as impressive as his attack.

Hudson Young maintained the strong form he has shown throughout the 2022 season in the Raiders' 56-10 thrashing of the Tigers. The Raiders produced a 42-point first-half blitz, already knowing that they had a place in the finals following the Broncos' loss to the Dragons.

Young scored his first try in the 26th minute, crashing through multiple Tigers defenders after receiving the ball mere metres from the line. In the 53rd minute, Young ran into the Tigers defenders, then bounced off and skirted around them to score next to the left goal post.

While their season may be over, the Dragons did get the fun of ruining the Bronco's chances of playing finals this year. One of the brightest performers in this upset win was Jack Bird.

Making both 20 passes and 30 tackles, Jack Bird played a role on both attack and defence and even scored a try of his own. The Dragons have been slowly creeping their way up the ladder the past few seasons and will be hoping that these performances can help them take that final step back to finals football.