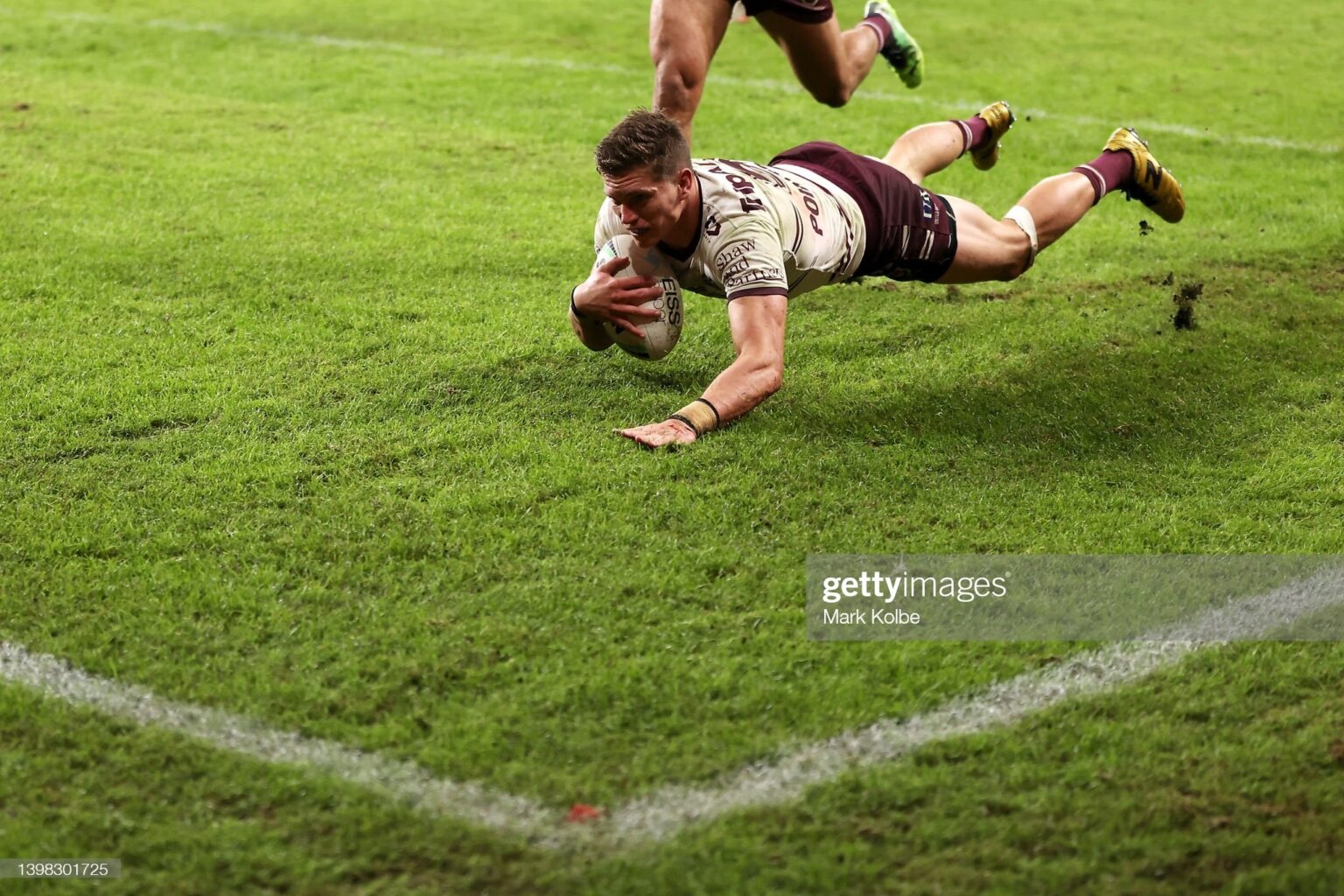 Team of the Week is here for round 11 in a week with plenty of suprises and plenty of amazing football to see.

Team of the Week is here for round 11 in a week with plenty of suprises and plenty of amazing football to see.

Another massive week of NRL has come and gone, and while much of Australia was focused on the election result, there was plenty of amazing football. The most surprising result was the Cowboys getting over the top of the Storm. We have put together some of the best performances with Team of the Week.

It looked as if the Sharks would easily get over the top of the Titans before two tries in the last 10 minutes changed the complexion of this match. Thanks to a Nicho Hynes field goal in the 79thminute, the Sharks sealed the win, but it was fullback Lachlan Miller who did the difficult work during the match to put the Sharks in the winning spot.

Miller was incredible with the ball going on 20 runs for a total of 294 metres as well as scoring what ended up being the match-winning try in the 59thminute. Miller also showed his strength by breaking through the Titan's defence to get through for nine tackle-breaks. With plenty of big names playing at fullback in the NRL, Miller is a rising star.

It was a tight loss for the Sea Eagles after the Eel’s Will Penisini got over the line in the 77thg minute to take the win on Friday night. While it wasn’t to be for the Sea Eagles in front of almost 19,000 fans, Rueben Garrick stood up having a great performance for Manly.

Not only was he the top point scorer for the match, having crossed the try line twice as well as converting a couple of tries. The Winger ran for 227 metres, including 70 of those being post-contact. At 24 years of age, he’s coming into the prime of his career. There will be plenty more team of the week selections for this man.

In the first match of the round on Thursday, the Broncos easily ran over the top of the Knights at McDonald Jones Stadium. The winning continues for the Broncos in what was a good week overall for the Queensland side. Kotoni Staggs played a huge part in Brisbane getting over the line.

Staggs was easily the top scorer of the match with 12 points which all came from the six different goals he was on the kicking end of. Staggs used his speed to break six tackles as well as picking up a line break and a try assist. A great match for the Broncos that look to the finals bound.

A tight win for the Dragons, getting over the top of the Warriors by six points thanks to two second-half tries to the Wollongong boys. The win pushes the Dragons to five wins for the season, with the possibility of finals if they can get on a run.

Zac Lomax bookmarked the four tried from the Dragons scoring in the first and 51stminute as well as converting three tries and finding time for penalty goal towards the end. While he did give away a penalty, he more than made up for it with 16 points through the match.

The Broncos are now sitting just outside of the top four, and with the competition expanding in Queensland this year could be their last to secure any fans that haven’t quite picked a permanent team to support.

Selwyn Cobbo scored two tries in the Bronco’s win over the Knights, as well as running 224 metres with the ball. He is by far the fittest player in the competition. He just doesn’t stop running. He is strong, too, getting three-line breaks. If the Broncos are to win this year, Cobbo will play a massive part in a premiership run.

The ladder-leading Panthers increased their lead at the top of the ladder this week after they smashed the Panthers, and the Storm couldn’t get over the top of the Cowboys. As always, Jarome Luai was the started setting the win up with two first-half tries.

Playing NRL at the SCG is always interesting and that was certainly true on Saturday night. When most of the country was glued to election coverage, Luai was strong, getting five tackle breaks as well as helping his teammates with three offloads. He does need to pull his head in slightly though after giving away two penalties.

Perhaps the only player to have a better game than Luai for the Panthers this weekend was Nathan Clearly. The skipper played a key part in last year’s premiership, and it looks as if he will lead the Panthers to another this year.

He converted every try that was scored as well as setting up one of the tries himself with an assist. As evidence of the Panther's dominance with the ball, Clearly also kicked for 600 metres, the most of any team for the weekend.

NRL ROUND 5 TEAM OF THE WEEK

Josh Papalii makes this side for the second week in a row after a big win for the Canberra based side at Apex Oval against the Bunnies. The Raiders are another one of those sides on five wins and sitting just outside of the eight, a couple more wins, and they could be pushing some of the better sides in this competition.

Papalii got across the line for one try in a match where no one scored more than once. The try, of course, came from an excellent line break. The big man used his size and strength to break eight tackles which then allowed him to get 53 post-contract metres with the ball.

The Sharks and Titans match had one of the most thrilling finishes of the season, with the Titans coming back just before the Sharks came back with a field goal to put any chance for the Titans out of reach.

Blayke Brailey was by far the best hooker of the weekend setting up an all-important try for the sharks as well as picking up a line break assist. He was a beast on the defensive end, making 45 tackles and kicking for 62 metres to clear the space. He was a key for the Sharks who are looking better every week.

The NSW Blues selected seven Panthers in their Origin squad last year, we haven’t quite gone that far but the Panthers get another in this squad after a good win against the Roosters.

James Fisher-Harris scored the final try for the Panthers in the 68thminute which really sealed the win for his side. Apart from that, he was just the most solid prop this weekend with no other player really putting their hand up.

The Bronco's train towards the finals continues thanks to an excellent match by Jordan Riki. It will be interesting to see if the Broncos can keep up this form next year when Redcliffe come into the competition to give them a challenge.

Riki had one of the best-looking tries of the weekend when he got past the Knights’ defence in the 48thminute. He was also able to show off his strength with 60 post-contact metres as well as laying on 35 tackles.

In the most surprising win for the weekend, the Cowboys got over the top of Storm at home. There Cowboys are looking better and better every week. Could this be the year they get to the grand final without Johnathon Thurston.

Nanai got over the line once in the 47thminute, which kickstarted a massive second half in which four tries were scored. As well as getting over for a couple of tries, he burst through for one line break to really drive home the Cowboy's domination.

The final player for this week’s team of the week comes from the winning West Tigers, who got over the top of the Dogs at Leichhardt Oval on Friday night. Joe Ofagengaue was a beast at lock in what was one of the higher scoring matches of the week.

He went on 19 runs for 160 metres most of the match, showing his strength 74 of those were post-contact. He also finished with two offloads as well as a try assist to get the Tigers over the one and put them into 14thon the ladder.