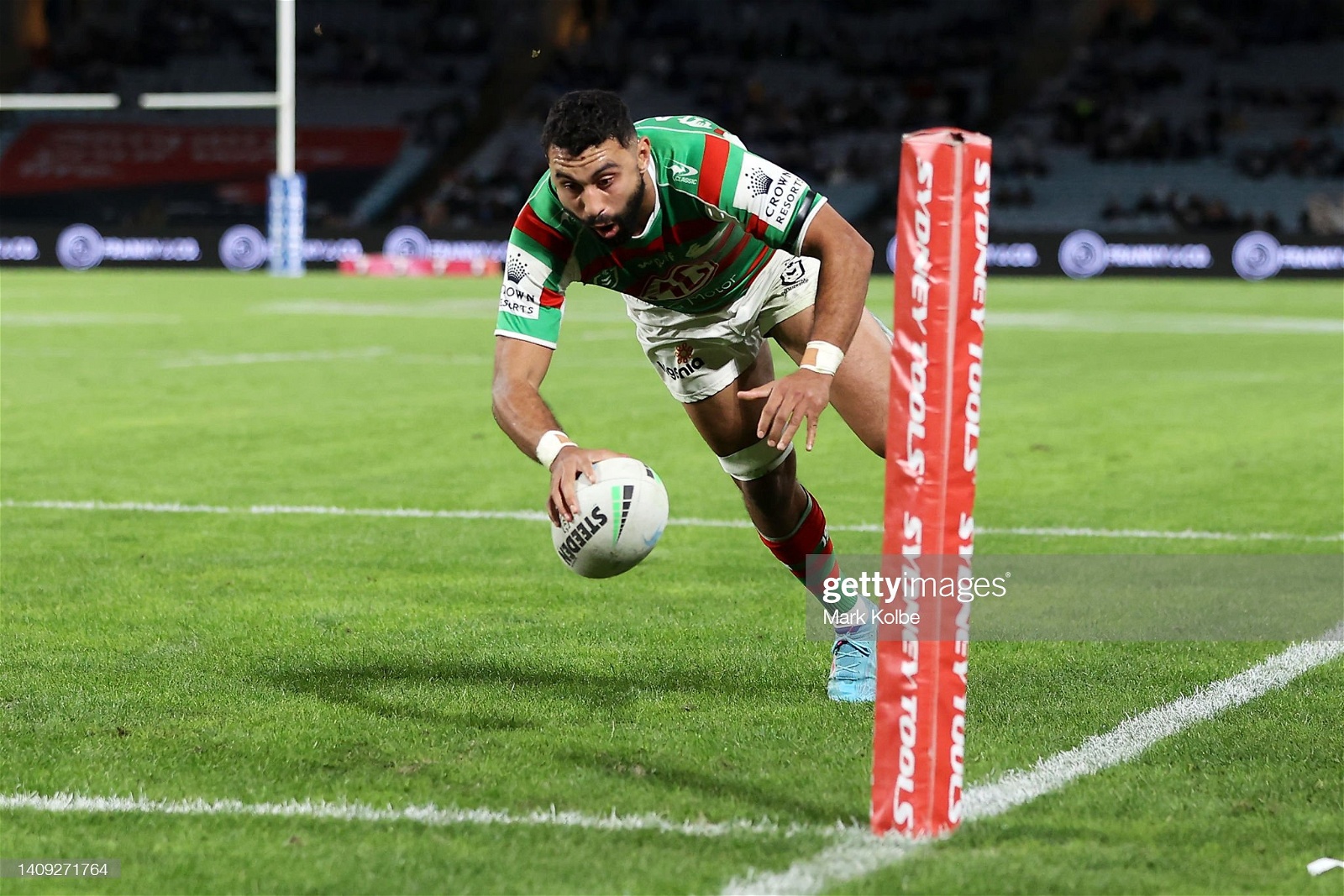 Alex Johnston scored his third hat-trick of the season for the South Sydney Rabbitohs last week, taking him to 155 tries from his 182 NRL games. In doing so, he surpassed Nathan Meritt and Michael Jennings, who sit just outside the top 10 leading all-time try-scorers on 154 tries each.

With his red-hot try-scoring form in 2022, is it possible for him to reach the top 5 leading try-scorers in rugby league history this year? Andrew Ettinghausen currently sits in 5th place on 168 tries, so Alex Johnston would have to produce 13 tries to equal him and 14 to surpass him.

How Many Games Are Left in the Rabbitohs’ Season?

Seven rounds remain in the regular 2022 NRL season, and Johnston’s team, the Rabbitohs, sit 7th on the NRL Premiership ladder. Unlike teams like the Panthers, the Rabbitohs’ spot in the Finals series is far from guaranteed. This is particularly true given their difficult run home from Round 19 to Round 25. They will verse each of the top four teams (Panthers, Cowboys, Sharks and Storm), along with the 6th placed Eels and 9th placed finals hopefuls, the Roosters.

In saying this, the Rabbitohs currently sit on 22 points, four points clear of the 9th, 10th and 11th placed teams, which are tied on 18 points. They also have one game against the 12th-placed Warriors, which they would likely be tipped to win.

Either way, injuries permitting, Alex Johnston is guaranteed another seven games this season. He could pick up a maximum of four additional games if the Rabbitohs make the NRL Finals, meaning Johnston can play up to 11 more games in 2022.

Who Are The Top 10 Leading All-Time Try-Scorers?

What Are Johnston’s Try-Scoring Rates?

Since Johnston has scored 155 tries from 182 games across his career, his career try-scoring rate is one try every 1.17 games.

How Many Games Does Johnston Need to Play?

Based on his 2022 try-scoring rate of one every 0.84 games, Alex Johnston needs to play 48.72 games to become the NRL’s number one leading all-time try-scorer. This would take him to 213 tries, passing Ken Irvine on 212 tries.

Based on his 2022 try-scoring rate of one try every 0.84 games, Alex Johnston needs to play 10.92 games to equal Andrew Ettinghausen’s 5th place record of 168 tries. Johnston would need to play 11.76 additional games at this rate to reach the top 5 outright with 169 tries, thus bumping Ettinghausen to 6th place on the leading all-time try-scorer ladder.

When Will Johnston Make The Top 5?

At this point, it feels inevitable that Alex Johnston will continue to break try-scoring records – left, right and winger! So if it isn’t a question of if, it must be a question of when.

The statistics suggest that Alex Johnston won’t become the fifth leading all-time try-scorer until 2023. Even if the Rabbitohs make the finals, in which case Alex Johnston can play a maximum of 11 more games this season, the statistics suggest he needs closer to 12 games to beat Andrew Ettinghausen’s record of 168 tries. He also has been unable to score any tries in five matches this year, so he will likely not score in all of his upcoming games in 2022.

Despite this, with three hat-tricks to his name this season, Alex Johnston could feasibly pull off a few more magic tricks to reach the top 5. This would take him to 33 tries for the season, which is short of Dave Brown’s record of 38 tries in 15 games (one try every 0.39 games) in the 1935 season.