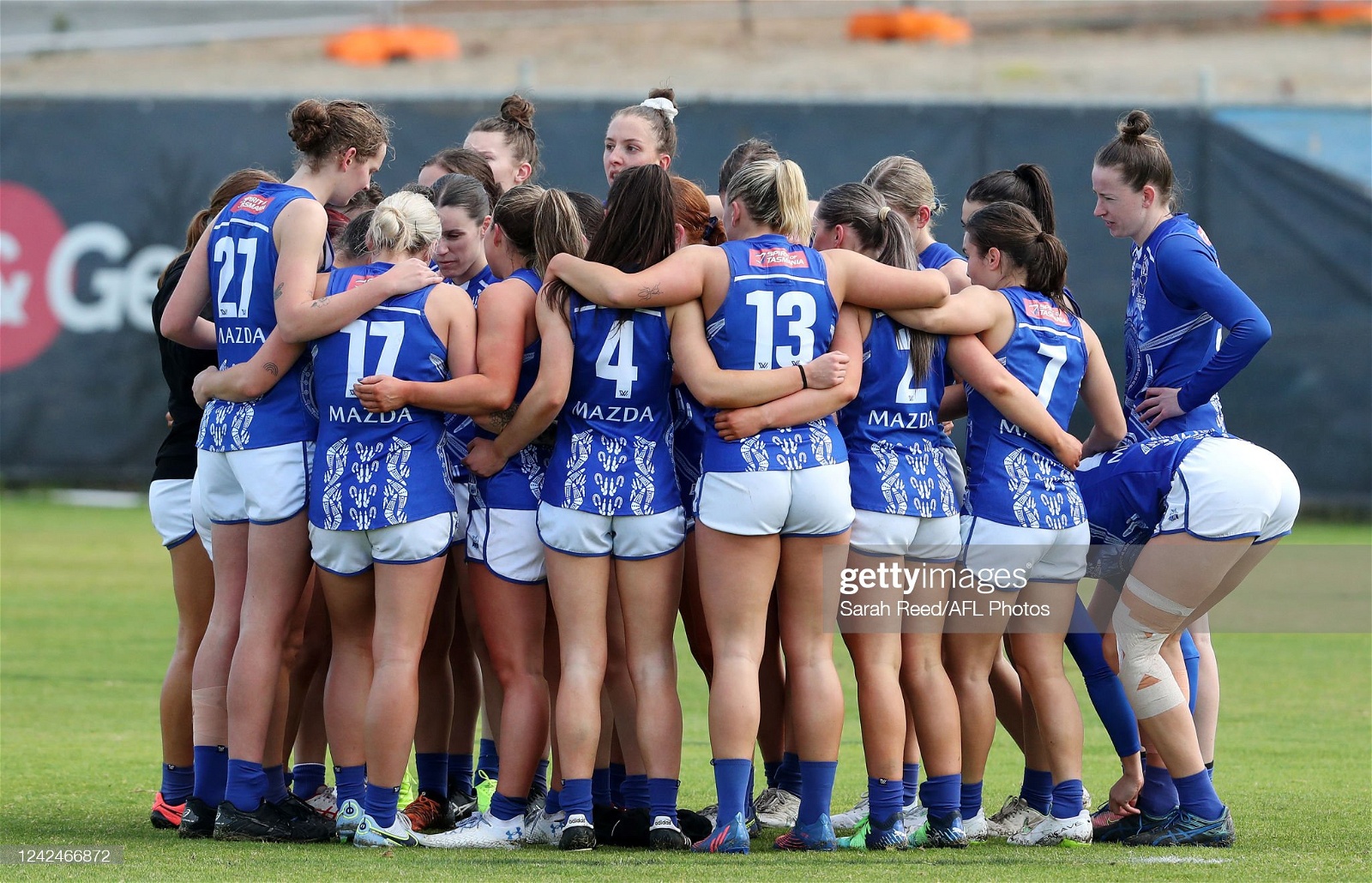 After showing signs of promise and being finals contenders in the past few seasons, North Melbourne has the potential to take its game to the next level in AFLW Season Seven.

After showing signs of promise and being finals contenders in the past few seasons, North Melbourne has the potential to take its game to the next level in AFLW Season Seven.

North Melbourne is entering its fifth season in the AFLW, and after reaching finals in the past three seasons, with plenty of potentials, the side remains contenders, wanting to go that extra step in Season Seven.

North Melbourne has been teetering on the edge of going deeper into the finals series for quite some time since entering the competition in Season Three. The club has the capacity to reach the final day of the season, though, at the same time, it's evident to see where the club sits compared to those teams above them that have more finals experience.

During the off-season, the Kangaroos lost some integral first-choice players, which has hindered the experienced talent on their playing list. However, the club has recruited and drafted well, though it may take some time to cover the loss around the ground. Grace Campbell also succumbed to an ACL injury in the pre-season, ruling the contested ball-winner - who averaged an equal-fourth team-best 3.8 tackles in Season Six - out for Season Seven.

In the club's pre-season hitout, North Melbourne met reigning premiers Adelaide at West Lakes and came away with a two-point victory. The Kangaroos were able to convert on the scoreboard - despite three fewer scoring shots -as Jasmine Garner picked up where she left off, while new players showcased what they could bring to the side across all areas of the ground.

North Melbourne made finals for the third time in as many years last season, though they were bundled out in the first week at the hands of a 38-point loss to Fremantle - the side's biggest losing margin of the year - at Arden St Oval - which marked the team's first loss at the venue.

The Kangaroo's three losses during the regular season were all against teams above them on the ladder - eventual premiers Adelaide, eventual runners-up Melbourne, and Brisbane - though they enjoyed a five-game stretch of wins from Round 3 to Round 7, which included victories against fellow finals sides Fremantle and Collingwood.

North Melbourne has been a side that has performed well but been unable to take that next step; therefore, learning from its losses across last season, and throughout the years, in general, could help the side do so. The Kangaroos have never beaten the Lions or Crows and have beaten the Demons just once in their head-to-head match-ups - a four-point win in Season Three.

North Melbourne has shown in previous seasons and the lead-up to Season Seven that its players can provide some relief in other parts of the ground and be versatile to cover any gaps in the field where and when it might be required - and still win plenty of the ball - especially midfielders who can roam to every part of the ground.

While North Melbourne, in Season Six, wasn't a side that went inside 50 too often, when its midfield - especially Riddell - did get hold of the ball, the side was efficient to get scores on the board and with draftees such as Gatt, McCarthy, and Granville who can slot into the forward line, aside Garner, Tahlia Randall, and Tess Craven, more scores will likely be generated in Season Seven.

At the other end, the Kangaroos have shown their defensive structure holds up, giving up the second-lowest total score in Season Six (249 points). Still, it's again the midfield who provide plenty of assistance, with Kearney (7.2 intercept possessions) leading the charge ahead of the outgoing Gilroy (5.7) and Sarah Wright (5.2) from Season Six.

The loss of experienced stars to expansion sides will hurt the Kangaroos, with 2020 club-leading goalkicker Ashmore and 2019 All-Australian Duffin leading the list of the team's most significant departures, along with Bannister, Bateman, Gilroy, and Hamilton - the former four players each playing important roles in last season's Elimination Final.

Without an influx of AFLW-experienced players on their list for Season Seven, the Kangaroos will feel the losses of the above players, especially their experience in playing at the top level. Meanwhile, many additions to their squad have come from the VFLW, a big difference which could be felt by many running out for an AFLW match for the first time in Season Seven, should they break into the side.

The side will be tested regarding the off-season departures and their impact. The Kangaroos need to come together early to beat the other challengers for the flag and remain in a position towards the top of the ladder at the end of the home-and-away season.

Midfielder Tess Craven had an interrupted Season Six after a pre-season foot injury limited her time in the team, although she made her AFLW debut in Round 1 against Geelong, where she racked up three disposals; however, she wasn't seen for the rest of the season.

Though Craven was drafted as a midfielder, throughout the 2022 VFLW season, coach Stephanie Binder played her in more of a forward role. Craven played seven games across the VFLW season, averaging 16.9 disposals, 2.4 marks, 2.4 tackles, and kicking 3.3.

It's a positional move that AFLW coach Darren Crocker has noticed, too, with Craven working her way forward in the club's pre-season fixtures ahead of the upcoming season, noting a half-forward role may be Craven's spot in Season Seven.

North Melbourne may be tested in the early stages of Season Seven as the club accounts for the loss of talent. However, they will be excited at the prospect of new faces in the team to pull the side forward and contest against the best in the competition.

The Kangaroos would understand their placing within the league and against other teams. However, the test will be staying among that bracket but going further and beating the primed premiership contenders and will have faith in doing so after the victorious pre-season meeting with the Crows.