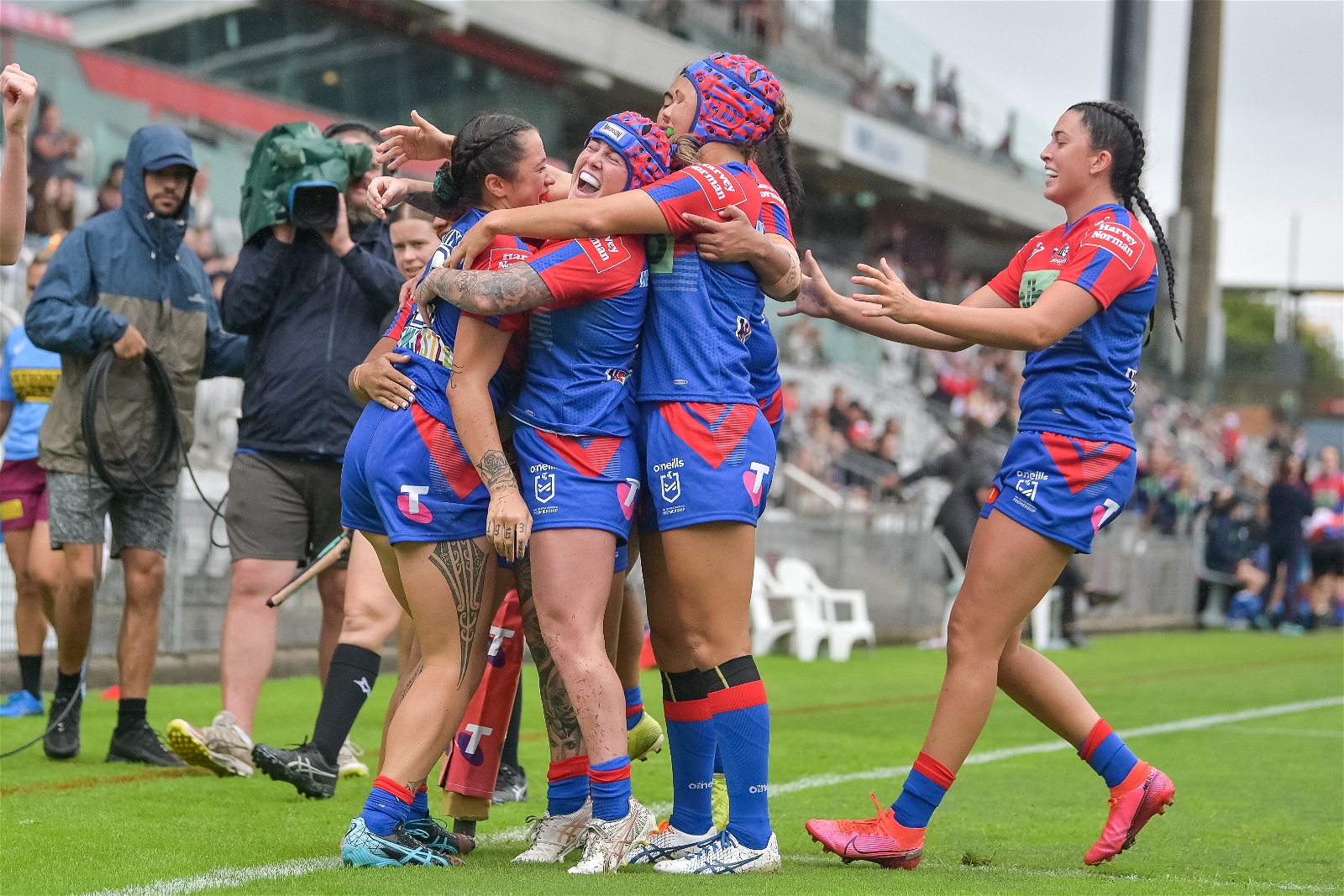 The Newcastle Knights are aiming up for their first win as an NRLW club, as they enter their second season.

The Newcastle Knights are aiming up for their first win as an NRLW club, as they enter their second season.

The Knights are entering their second season in the NRLW, and after struggling in their inaugural campaign, a near-total revamp has taken place ahead of their second campaign in six months.

The Knights entered the competition and lost all five games. They were within a try on two occasions to bookend their season, with a one-point loss to the Eels to open and a four-point loss to the Titans to end the year.

Annetta Nu'uausala was a standout, winning club player and player's player, as she led from the front throughout the season for the Knights.

After a tough season, the Knights have undergone significant changes to their roster, with 17 new faces in a squad of 24 for the Knights' second campaign.

The Knights were new in the competition last season, and the lack of experience showed. With big losing margins handed out a couple of times, the Knights were on the wrong side of the ledger every time they played.

Romy Teitzel was one of the few bright lights last season, the only player to cross the try line twice, as the Knights struggled in attack and defence.

The loss to the Dragons was the lowlight, the largest loss in their history in Round Four. Just four points on the board as the Dragons piled on 40 points to drub the Knights.

Former Broncos stars Tamika Upton, and Millie Boyle will provide more drive for the Knights, who will likely do better at charging the defensive line and making positive metres early in sets.

The Southwell sisters will also likely bring a spark, with the sisterly connection between Hannah and young Jesse likely to bring some creativity and flair to the Knights at unexpected times.

The halves will be a strong point for the Knights, with Kirra Dibb expected to pair either with Caitlin Moran or Jesse Southwell. Dibb was one of the bright lights last year, as she put in a strong performance every week.

Dibbs' kicking game was a strong point, as she steered the knights around the park week in and week out.

Moran has long been considered a potential star, while Southwell brings an injection of youth, at just 17 years of age. Southwell is also coming off a Commonwealth Games gold medal, and her rugby 7s background will give her the creativity to maximise any time and space she is given.

Experience. With nine players yet to make an appearance in the NRLW, there are questions about how they will hold up to the physicality and the speed of the game.

With so many inexperienced players, there are doubts about how the players will handle the big clutch moments. After losing by one score twice last season, the Knights will be hoping that the moment doesn't get too big this season.

Caitlin Moran. It feels like cheating to name Caitlin Moran as a rising star after previously being named a marquee player for the Broncos in 2018. What befell Moran after that was tragic, as she suffered a torn ACL on the eve of the 2018 season and then fell into a mental health spiral.

The move is coming back full circle, as Moran returns to the area she grew up in, in Muswellbrook, and will finally make her long-awaited NRLW debut.

After representing Australia as a Jillaroo, it is strange to think that Moran has not truly arrived yet, but the competition is not ready for her to hit the big time. There is little doubt Moran will make an impact for the Knights this season.

The Knights will be targeting Round Three, with the matchup against the Eels one that will have been circled since last season's heartbreak. The one-point loss will be burned in their memories, and there will be hopes of breaking through for the first NRLW win at the club as revenge.

With a tough match to start against the Broncos and a finish against the Dragons, the Knights will have a tough chance to make the finals.