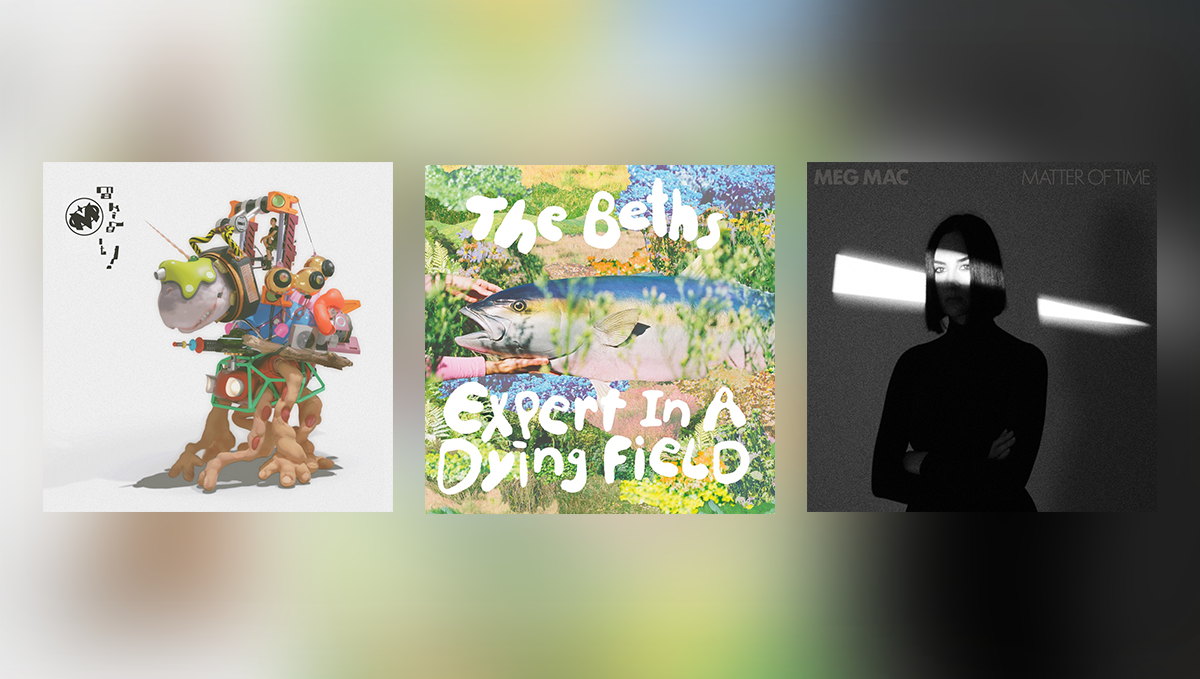 Three albums from Australian artists coming out this September

Montaigne and Meg Mac, along with our friends over the ditch The Beths are dropping new music this September.

Three albums from Australian artists coming out this September

Montaigne and Meg Mac, along with our friends over the ditch The Beths are dropping new music this September.

Montaigne cites David Byrne as one of her biggest musical influences, connecting following her 2021 Eurovision performance. It appears the pair really hit it off, recording not one but two singles for the album.

Following the release of always be you, Montaigne talked about David and the track in-depth on her blog:

"Well, DB has been a long-time hero and influence for me, arguably the most influential artistic figure in my life; he's someone I've learnt from and looked up to for the majority of my career. Because I Love You (which is my most popular song to date) wouldn't exist had I not been listening to Speaking In Tongues on repeat at the time.

"You miss every shot you don't take, though, so we decided to get to work on a song that DB might sing on. Meanwhile, Dave's manager hustled for a DB email address and managed to get one from someone who worked on a project with him years ago. They wished me good luck with my contact attempt, and I took it to heart [...] So David sang on Gravity, and when I asked if he wanted to do a bit on Always Be You as well, which was mostly done already, he was up for it as well. Hence, David Byrne of the Talking Heads is now in cahoots with Montaigne Music."

Montaigne will tour across the country this October (and a little bit of September), presenting making it! to fans for the first time. Tickets and dates can be found on her website.

Whilst The Beths are actually a Kiwi band, Australia has a long history of claiming New Zealand creations, so just turn a blind eye to this detail. For the sake of Trans-Tasman relations, we can share this band!

Following on from their sophomore album in 2020, locked-down halted Expert In a Dying Field sees the band tap into their vulnerable side. The album's title track sets the theme of the record, with a break-up leaving the narrator left with random facts about a person who isn't in their life anymore.

"In the course of knowing a person you accumulate so much information: their favourite movies, how they take their tea, how to make them laugh, how that makes you feel. And when relationships between people change, or end, all that knowledge doesn't just disappear."

The band note that Expert In a Dying Field was written with live performances in mind, hoping to see them shine on tour. You can get the full experience during The Beths' upcoming shows in Australia this September. Dates and tickets can be found on their website.

After scrapping her 2020 album, Matter Of Time saw Meg Mac start fresh, "without compromise." One song survived, ending up as the album's title track.

In a press release, Meg shared, "[this is] how I've always wanted to do an album. Knowing when it's not right, and having the confidence to say so and to take it in a different direction. Now for the first time, I really feel in control."

The album's first single, Is It Worth Being Sad, was Meg's first release in three years and lyrically addresses what she had been going through during that time. After having "a bit of a meltdown," Meg moved out to country New South Wales and took a break from social media, focusing on herself and her craft.

Meg will perform an intimate set in honour of Matter Of Time's release in Sydney on September 21. Attendees of Adelaide's Harvest Moon will also be able to catch her set on September 19.