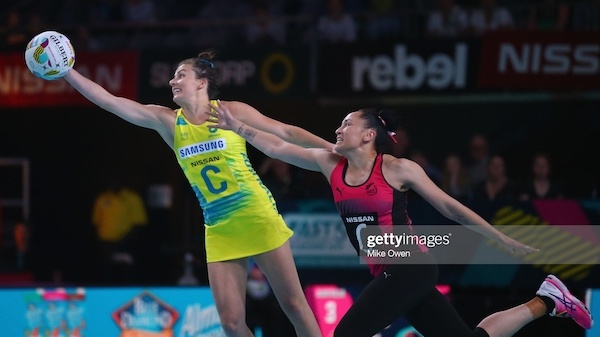 After a three year hiatus, netball's short format international competition, the Fast5 World Series, will return to New Zealand in 2022.

After a three year hiatus, netball's short format international competition, the Fast5 World Series, will return to New Zealand in 2022.

The Fast5 World Series, international netball's short format tournament, will return to New Zealand in 2022 and be contested in Christchurch for the next three years.

After a Covid-related hiatus, the world series competition will be back in action for the first time since 2018 when some of the worlds best netballers come together at Christchurch Arena for three days of netball.

World Netball confirmed in late December that Netball New Zealand will host the next three editions of the tournament from 2022 until 2024.

Fast5 Netball features different rules than the traditional game, with only five players on court for each team instead of the usual seven.

Quarters only last six minutes, rather than the regular 15 minutes, and teams are able to use rolling substitutions to make an unlimited number of changes to their line-up throughout each interval.

There are three scoring levels in Fast5. The inner zone is the traditional one point, the outer zone two points and a supershot from outside the normal goal circle earns the side three points. It is still only the goal attack and goal shooter who can score goals for their team.

“We’re really excited to be hosting this fast-paced tournament again – it is a real celebration of netball, on and off the court," she said.

"Due to Covid-19 there have been challenges with delivering netball recently so what better way to welcome the return of FAST5 athletes than by hosting this event and welcoming the world’s best netballers to our shores."

In 2022, the event will include more men's and youth exhibition matches to appeal to a wider audience.

The World Series has always spent three years in a country, starting off in Manchester, England in 2008 where a tournament called 'Fast Net' began.

After two further series in Liverpool, the tournament moved to New Zealand in 2012. This move coincided with a name change to the Fast5 World Series, with new rules and a different format.

Melbourne hosted the event from 2016 to 2018, including the last edition of the tournament before it took a break.

Australia, who has never won the title, will be among the countries playing to take the trophy from the Fast5 specialists New Zealand. The Silver Ferns have won the tournament seven times, including in 2018.