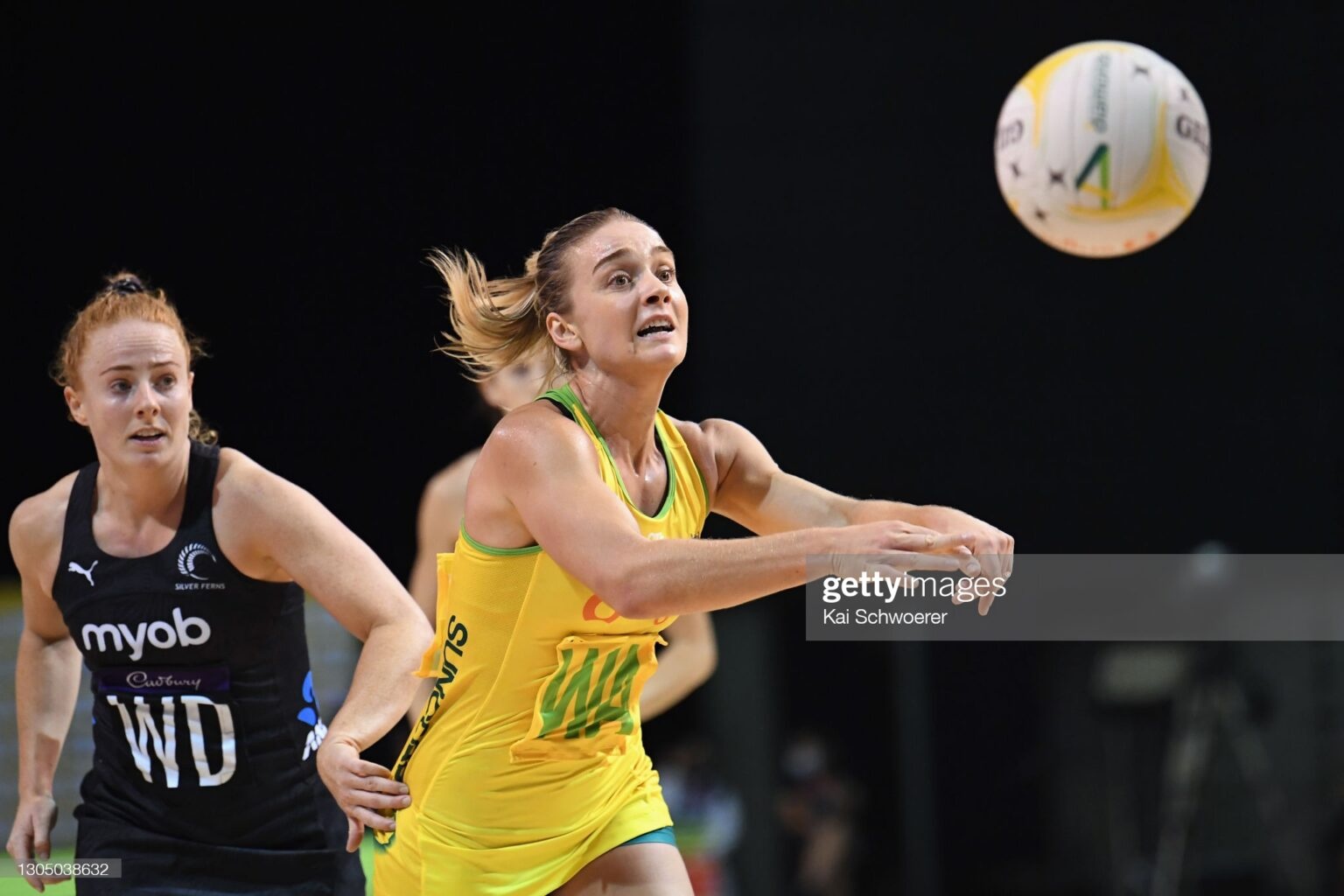 With the Netball Quad Series a preview of some of the contenders for the Commonwealth Games later in the year, who are the players to watch?

With the Netball Quad Series a preview of some of the contenders for the Commonwealth Games later in the year, who are the players to watch?

The Australian Diamonds are back playing international netball later this month, with the squad travelling to London for the Quad Series where they will face three of their biggest rivals.

Some of netball’s biggest names will be back in action as part of their preparations for the Birmingham Commonwealth Games, with England’s Vitality Roses playing host to New Zealand’s Silver Ferns, South Africa’s SPAR Proteas and the Diamonds.

The four teams are stacked with incredible talent and will be hoping to experiment with combinations in the final competitive international matches scheduled before the Games in July.

Edge of the Crowd’snetball writers take a look at the players to watch this Quad Series.

AustralianDiamonds: Liz Watson to return to the court as captain

Named captain of the Diamonds in late 2021, Watson is set to return to the court for the upcoming Quad Series.

The Melbourne Vixens’ midcourter missed the 2021 season, sidelined since March after having surgery to repair a navicular bone injury.

She has reportedlyprogressed well in her rehabilitationand is set to pull on the Diamonds dress in London, for her first official matches since the Constellation Cup in New Zealand in March 2021.

With 48 Test Caps to her name, Watson is the most experienced player Australia has in its squad. Jo Weston (42) and Courtney Bruce (40) come in a close second and third, but the average Test Caps for the Australian’s is just 18.6.

Two players - Sunday Aryang and Sophie Dwyer - are on their first tour, while Sophie Garbin and Maddy Turner both have just one cap.

In comparison, the Roses have all but one member from their 2018 Commonwealth Games starting seven in their current squad, and the Ferns have an average experience level of 26 caps.

With less international competition in the last two years for Australia in particular, Watson’s experience out on court will be valuable, as will her leadership in these games against the world’s best.

While the Australian seven and its different combination options will be something to watch this Quad Series, Watson will need to jump right back in and lead from her Centre position if Australia is to have success.

Although Eboni Usoro-Brown has been well established at international level for over ten years now, she’s only just returned to the international stage in the Roses recent series against Jamaica, which was the first time she had pulled on the red dress since the bronze medal match in the 2019 World Cup.

Although it’s been two years, Usoro-Brown picked up where she left off, having a fantastic series and providing real headaches for one of the best goal shooters in the World in Jhaniele Fowler.

While the Roses are an experienced outfit, with all but one from the starting seven from the 2018 Commonwealth games gold medal match in the squad, adding 107 test caps into the squad going into the upcoming series is massive.

With Geva Mentor coming back into the line-up, having that defensive partnership that was a part of the Commonwealth Games gold medal will be a massive plus, having that big game experience going into such an important twelve months is going to be huge for the Roses.

Fans also might see the combination of Usoro-Brown and Layla Guscoth, while the pair may not have had that much experience on the international stage, they have in the Vitality Super Netball League with Team Bath. They were able to lead Bath to runners up in the last season.

Keep an eye on her during this upcoming series because her best is very hard to stop which will cause many shooters headaches across the series.

20-year-old Tiana Metuarau made her Silver Ferns debut as goal attack against the English Roses in September 2021. In the 45-55 loss, Metuarau played 35 minutes, successfully sinking nine out of ten shots. Since then, Metuarau has played in one more game (out of six), this time as the leading goal attack.

As always, the game against Aotearoa Men was very physical, something Metuarau took in her stride.

Although Metuarau is a newcomer to the Ferns, she does not lack experience. At 16, Metuarau was named in the NZU21 squad and a member of the Central Pulse. During her time at the Pulse, Metuarau’s game time was limited as fellow Silver Fern Ameliaranne Ekenasio was the top pick in the starting seven.

In the 2021 season, Metuarau relocated to the Southern Steel, walking away with a goal percentage of 81.

When compared to other goal attacks, it is outside of the goal circle where Metuarau earns her keep. In her two games in the black dress, Metuarau consistently fed the ball to Maia Wilson and Grace Nweke from the mid-court, showing excellent vision.

As these partnerships grow, fans should see more moments like those shown by George Fisher and Metuarau in the 2021 ANZ season.

If 2022 isn’t Metuarau’s year, it’s certainly coming. With Ekenasio out of the Quad Series, there will be an opening for Metuarau to get more court time, giving her more experience against the world’s best players. Keep your eye on this one, she’s got the potential to be big.

Zanele Vimbela has been rising the last few seasons, and recently returned to play after tearing her ACL. Her return in the recent British Fast5 All-Stars for Loughborough Lightning showed all the same talent that she had prior to the injury, and that she can return to the player she was.

That injury robbed her of her 2021 VSNL season, but the rehab does not appear to have hurt her playing style or flair.

Vimbela has long been part of the defensive plans of the Proteas, but has played as a bench player generally. With Karla Pretorius out for the Quad Series, Vimbela has the chance to play more on court, and have an impact.

She has previously shown an ability to match up with anyone, through the Netball World Cup in 2019, racking up nine intercepts, nine rebounds and eight deflections in her court time.

Vimbela will be tasked with filling the hole left by Pretorius, and the 32 year old has shown that she has the ability to see the court in the same way that Pretorius does. Vimbela is known for her spark and explosive speed, making her the perfect option to kickstart the forward movement for the Proteas, all the way from the back.

Keep an eye out for how Vimbela works with Maweni, and the other Proteas’ defenders to slow the elite talent in the opposition goal circles across the series. Pretorius will be out for the Commonwealth Games later in the season, so this presents an opportunity for Vimbela to stamp her mark on the spot.

The Quad Series kicks off on January 16 (in Australia and New Zealand) and January 15 (local) with England Roses taking on the South African Proteas. The Diamonds take on the Silver Ferns later in the day.