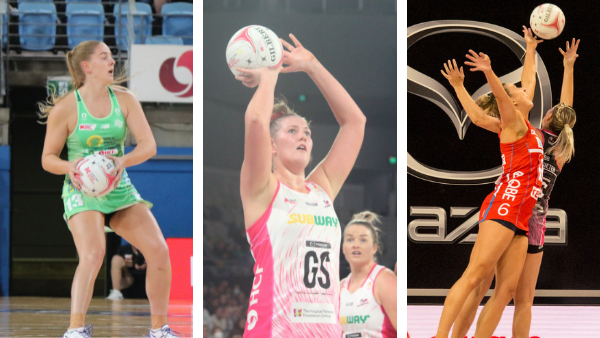 Netball's injury transparency, or lack of, holds it back

Netball is making a charge as a sport. Until it gets serious about transparency, especially with injuries, there will be concerns.

Netball's injury transparency, or lack of, holds it back

Netball is making a charge as a sport. Until it gets serious about transparency, especially with injuries, there will be concerns.

Netball Australia has declared its intent to remain one of the leading women's sports in the country. One thing that will hold it back is a lack of transparency, especially about player injuries, and about the game itself.

The vestiges of amateurism, and a lack of broadcaster engagement has long left netball to its own devices about the news of the day.

This week, there were no less than four instances of player injuries possibly affecting outcomes of games, and the news was known by the clubs long before it was made public.

In order of the news breaking, these are the four cases.

The injury statement said that Potgieter had sustained a knee injury, and after three games in eight days last week, the Thunderbirds had decided to rest her for the weekend.

It would be surprising and unexpected if the decision regarding Potgieter was made at 4pm, given that she didn't even board the plane to Melbourne with the team for the match.

Lucy Austin stepped in for Lenize Potgieter for the Thunderbirds to make her debut. Image: Elly Mcnerney

And yet, the Thunderbirds decided that it was only pertinent to inform fans just under three hours before the game.

For the NSW Swifts, Sarah Klau is carrying a hand injury. The Swifts reported that Klau doesn't have an injury or issue.

Klau had her thumb heavily strapped during the game, and received treatment during at least two stoppages of play. But it's not a new injury.

Klau said after the game that "it's been a bit of a nuisance for the last few weeks, but I've got the physio on the strapping."

The Swifts have not officially acknowledged any injury to Klau.

Sarah Klau, in action against the Adelaide Thunderbirds on 13 April, with strapping on her thumb. Image: Dani Brown

Jacqui Newton missed the Magpies' matchup against the Queensland Firebirds. Newton was announced out at 10.55am, just over three hours before the game started.

Newton was out with an eye injury sustained on Tuesday, having visited a specialist during the week who decided she was not fit to play. She didn't travel with the team to Queensland, so was never in the frame to play.

Yet the club only informed the public with three hours to go before the match.

And finally, Sasha Glasgow and Jess Anstiss missed the Fever's clash with the Giants this weekend due to COVID-19.

The Fever found out on Saturday morning before they boarded the flight to Sydney, as Dan Ryan confirmed toEdge of the Crowdafter the match.

The Fever informed the public at 2.50pm, just 70 minutes before the match started, and more than 24 hours after flying out of Perth.

Zoe Cransberg (centre) made her Super Netball debut in place of Jess Anstiss, who was out due to COVID-19. Image: Emma Dayana

In all four cases, the omissions were probably material to the game. In three cases, the team that had a player out/injured lost.

To be clear, this is no criticism of media managers, or of clubs, who maximise their competitive advantage within the rules. They do this because the rules allow them to and they want to do all they can to win - as they should.

It's the framework that allows and encourages the cloak and dagger secrecy, with players' health and integrity of communication.

Netball was once a semi-professional sport, but with the interest from social media, and the attention brought by a new broadcaster, there is a transparency to move up to the next tier in terms of sports.

One of the things that drives a relentless news cycle in the two biggest sports in Australia, Aussie Rules and rugby league, is the speculation about the teams for the next week. The injuries, the selection choices, and what will unfold the next week drives the conversation around the sport.

And yet, netball continues to lag behind in this area, because the information is not known. The public, and the media, and commentators don't know about the internal workings of the teams as a result of the lack of transparency.

If netball wants to drive engagement the same way that the biggest sports in Australia do, it must be more transparent about the goings-on of the players.

It isn't limited to driving conversations and engagement. At some point, the integrity of the league is going to fall into question over the lack of transparency.

The AFL certainly believes this to be an issue too. In 2011, there was a spate of exotic bets on first goalkicker of the match, on players who traditionally played defensive roles. While none of the bets were successful, the AFL launched an integrity investigation into whether confidential club information was being leaked.

In 2016, the AFL launched an investigation into an allegation that a player had shared information about a club's unusual game plan with his brother. The brother's team won a thriller, while the unusual game plan was immediately thwarted, with an immediate reaction.

Both brothers were cleared of any wrongdoing.

So too does Cricket Australia. In 2019, Cricket Australia suspended Emily Willis for a year (with nine months suspended), after she leaked a team sheet on Instagram about an hour before the officially-scheduled release.

At the time, Cricket Australia Head of Integrity Sean Carroll made comments about the importance of the integrity of the game.

"CA's rigorous anti-corruption player education program means that players are well aware of their obligations under the anti-corruption code and there is no excuse for breaches regardless of the reasons for information being disclosed," Carroll said in a statement at the time.

This Super Netball season, teams are obliged to release a team sheet on Thursday for the weekend's matches. And yet, in the cases of this past weekend, at least two of the above instances were on the radar - that players may not be playing.

Should teams be obliged to provide all information at that time?

There are well-founded concerns about players' privacy, and the right to keep personal information. And players should have a right to some privacy, no question. This isn't to suggest that any time a player coughs, or suffers a rolled ankle at training, that it should be a push notification in people's phones.

However, if a player is going to be out of action for a match, that is material information. To avoid the potential for the integrity of the game to be affected, it should not be kept secret until the last minute.

There is nothing in Netball Australia's currentIntegrity in Netball Frameworkregarding reasonable disclosures of injury, or performance.

Inside Information is "any information relating to any match that a Participant (being athletes, support staff, umpires, SSN Clubs, Match Officials and Umpires) possesses by virtue of their position ... regarding the competitors ...but not including such information that is already published or a matter of public record, readily acquired by an interested member of the public or disclosed according to the rules and regulations."

So, once information is published, disclosed or public, it no longer becomes inside information for the purposes of the sports wagering policy.

In Round One, the Giants announced at 5.38pm, for a 7pm start, that Lauren Moore and Amy Sligar would be out, due to the COVID-19 protocols.

It's not clear when it was announced that Lauren Moore would be missing the match, but it was suspected that she would start and play a key role, given that April Brandley's status was unknown.

April Brandley (L) rehabbing her leg on a day when Lauren Moore (R) was in action. Images: Dan Coppel

But anybody who didn't have any of that information may have anticipated a significantly different outcome.

For example, a hypothetical bookmaker, who didn't have that information may have had the Swifts as tight favourites. Now if the bookmaker knew that Brandley was only fit to play 30 minutes, they may alter their odds, considering that Moore would be playing at least 30 minutes.

How would that bookmaker have been affected, if 70 minutes before kickoff, Moore would be missing too, and Brandley and Eliza Burton would have to share the goal defence bib?

If someone in the Giants organisation let slip that Moore was out on Friday, if that information was known then, and somebody made a substantial bet on the Swifts, knowing that the odds would change once the news broke?

For one - that would be a massive breach of the Sports Wagering Policy. On top of that - it's a hugely bad look for the game.

But from time to time, it does.

The easiest way to avoid confidential information about players' injuries and health leaking - to not make it confidential. Having a proper injury report, with player injuries, and a timeline for return, would make a huge difference. Especially if teams announced injuries immediately on understanding the injuries, and not simply 90 minutes before game time.

Fans and media are much less likely to wildly speculate over the off-season about the state of a player's health (or pregnancy) if there is comfort in transparency. Fans will speculate less if they can trust that teams will provide relevant information that may affect how the team will play.

Netball Australia has suffered a massive financial toll the last few years, with COVID-19 hubs, crowd capacities and other costs.

At some point, the revenue will look to be addressed. Already, Netball Australia has a list ofapproved betting operators. An unofficial Suncorp Super Netball fantasy program has been in action for years.

Fantasy sports and betting have grown revenue and interest in sports across the globe massively. The legalisation of sportsbetting in the USA has shown how fast and how drastically this change can take place.

As netball heads towards that inflection point, it may decide not to engage with sportsbetting, paid fantasy sports and the troubles associated with gambling. But even if it doesn't, it will need to protect the integrity of the game.

It cannot afford to be caught behind on that front, or it will risk being damaged as a brand. And so, it is time for netball to get on the front foot about the news that affects the outcomes of games.

As the news cycle and interest in the game continues to grow, so too do the challenges that affect how the information in the game is disclosed and released.

It is time for netball to get serious about how it wants to drive its news cycle. Being on the front foot is key for netball to control how the information affects the game.