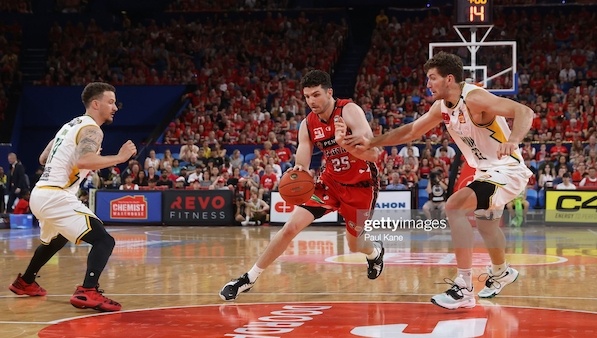 After delays as the league dealt with Covid-19 challenges, the NBL will hit its straps with a massive fixture update for rounds eight to 11.

After delays as the league dealt with Covid-19 challenges, the NBL will hit its straps with a massive fixture update for rounds eight to 11.

After delays through December and January as the league dealt with border issues, Covid outbreaks and isolation requirements, the NBL will hit its straps with 16 games played in 10 days at the end of January in a fixture update.

It's a massive win for fans, who have had matches postponed at short notice and gone extended periods without Australian basketball, at a time when the league is normally thriving.

The stretch of games is part of the updated schedule for rounds 8-11, which will run from January 21 until February 13.

It will be a crucial period for all teams to generate connection and consistency, things that have been tough to maintain through these Covid-19 delays.

Round Eight will begin with the Brisbane Bullets hosting the Sydney Kings at Nissan Arena.

Barring any further issues, Round 11 should conclude with a blockbuster double-header. South East Melbourne Phoenix will face the Bullets at John Cain Arena, while the Kings host the Adelaide 36ers at Qudos Bank Arena.

The Perth Wildcats are scheduled to return home to RAC Arena in Round 10, and will play the New Zealand Breakers on February 6, assuming the Western Australian Government continue with the planned re-opening of the state border.

KELLY WILSON TO WRITE HER NAME INTO THE WNBL HISTORY BOOKS

Teams will play every couple of days during the three week stretch of the season, and it'll be crucial to get off to a strong start as the season resumes.

While there is still plenty of time before the finals series in late-April, with only four places available, the jostle for a spot is already on.

The Kings and JackJumpers will be eager to get back on the winners list and even their ledgers when they host the Bullets and Phoenix, respectively, in round eight.

Melbourne United (5-2) and South East Melbourne Phoenix (3-1) are also in good positions, although the former has played an additional three games on their new cross-town rivals.

Before all of this exciting action gets underway, round seven continues with the Bullets hosting the Phoenix on Saturday January 15 at 5.30 pm AEDT.

All matches will be live on ESPN, available on Kayo, Foxtel and the ESPN App, while Sunday Hoops will also be on free-to-air channel 10 Peach.