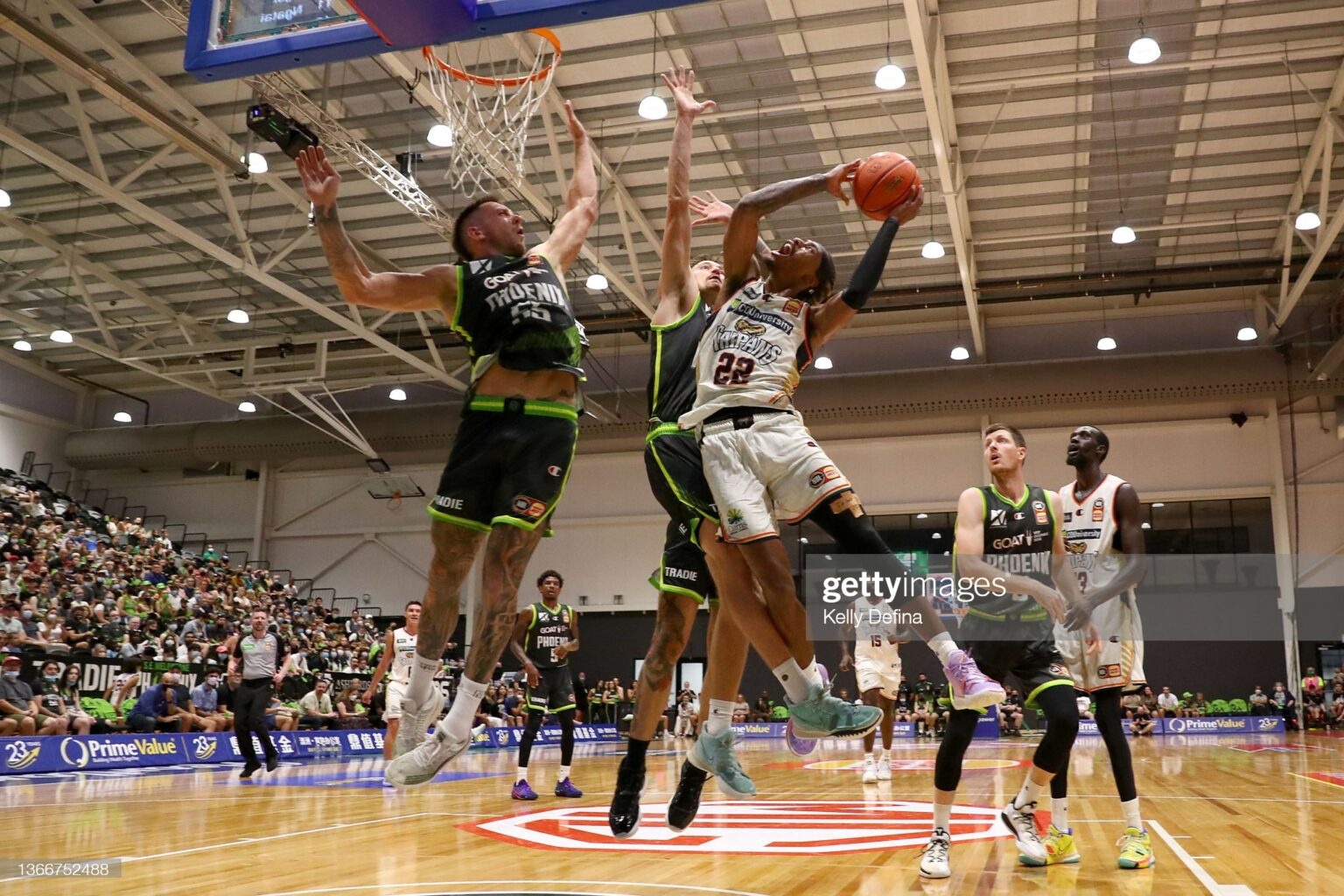 NBL Round Wrap: Tide is rising for Creek in Round Eight

Round Eight of the NBL concluded with three blockbuster matchups, as Mitch Creek and Harry Froling starred to give their teams wins.

NBL Round Wrap: Tide is rising for Creek in Round Eight

Round Eight of the NBL concluded with three blockbuster matchups, as Mitch Creek and Harry Froling starred to give their teams wins.

After getting back to play last weekend, a blockbuster Round Eight has continued in the NBL with some thrilling clashes.

The Hawks put together an important win over the 36ers, as the Phoenix also beat the Taipans.

The Brisbane Bullets and Melbourne United clash was a thriller that came down to the wire.

Harry and Sam Froling had big nights for the Hawks on Monday night, as they arrested a form slide that had seen the Hawks lose three of its last four.

Harry came off the bench, but that didn't seem to stop the young centre. He went on to have a career-high 27 points, shooting 8-10 from distance, and added nine rebounds.

Harry dropped all five of his first quarter attempts from distance, as the Hawks took a big early lead. Duop Reath was unable to play a major part, struggling after taking an elbow to the hip, as the 36ers clawed its way back into the match, cutting the gap to just five points at halftime.

"That's probably the most fun I've had playing basketball," Harry Froling said after the game.

"I'm still figuring it out along the way, I'm still taking it day by day, and enjoying my basketball, and I think that speaks for itself.

"Whether I'm doing well or doing poorly, [coach Brian Goorjian] is on me about my stuff on the court and my stuff off the court and I think that's really helping me evolve as a player, and a person, and I think it translates to the court, so I'm going to stick with it through the highs and lows."

A huge third quarter for the Hawks saw it take a big lead, as Justinian Jessup played a key defensive role in slowing down the 36ers.

By the end of the third term the lead was 22 points, and even though the Hawks slacked off on the defensive end late, leaking 30 points in the final term, it still had a comfortable ten point lead as time expired.

Goorjian was happy with the defensive effort that kept the 36ers to 59 points in the first three quarters of the match.

"We had great pressure on the ball," Goorjian explained.

"I thought our rotations on the post with [Adelaide duo Daniel] Johnson and Cam [Bairstow] were great, more activity.

"We got hurt on the glass, they (the 36ers) are a real challenge there, they're a good basketball team, but we did defend.

"Tonight, we did shoot the ball, but we played off our defence, we played off the controllable. It was a focus after the Perth game, whatever happens, let's cover that, and we did a great job tonight."

Adelaide 36ers coach CJ Bruton was less impressed with his side's output, citing the 16 turnovers his side committed as a big factor in the match.

"It's not about the defence. If you turn the ball over that many times in this league, that'll cost you," Bruton explained.

"We had 30 points off turnovers, that's not on the defensive end.

"If you cough it up certain ways, it can kick your butt, and tonight was one of those nights."

Mitch Creek played 38 minutes for the South East Melbourne Phoenix in a monstrous performance to lead the side to a win over the Cairns Taipans.

Creek had 26 points, eight rebounds and seven steals in an all-around performance.

He was supported by Ryan Broekhoff who had 14 points and eight rebounds, as the team combined for 15 steals.

The Taipans struggled for cohesion on offence, as the extended COVID layoff the team had, had played a part. The Taipans hadn't played in 25 days before the match, and had only competed in four matchups across the almost-eight week season thus far.

23 turnovers for the match cost the Taipans a chance at the win, and Taj McCall had nine by himself as he took on playmaking duties.

It wasn't all bad for McCall, who had 16 points, nine assists and eight rebounds in a losing battle.

The Phoenix triumphed 87-77 to cement third place in the league standings so far.

Melbourne United have survived a scare from the Brisbane Bullets as it came away with a two point win on the road, taking its winning streak to eight consecutive wins.

Melbourne United coach Dean Vickerman said one of Melbourne United's aims in that match was to limit the Bullets' impact from beyond the arc and it was something it did quite well.

“I thought what we saw in the second quarter, we really turned up our defence, held them to twelve and guarded that three point line pretty well the whole night," Vickerman said post-match

“Our goal to hold them under seven made threes and I think we held them to three, trying to keep them off the foul line which was something they still did pretty well.”

Something that United will need to work on is its rebounding but it did step it up towards the end of the last quarter.

“When we rolled into the fourth, we had a bit of momentum and established a good lead but to their credit, they were on their home floor and they came fighting back and it became a close game in the end there.

“Massive shot by Delly (Matthew Dellevadova) to kind of re-establish that lead, they had a play to finish it off but we were lucky to get a rebound.

It was a hectic final minute of the match with the Bullets coming within two points of United thanks to Lamar Patterson scoring from a layup then going back to the charity stripe and sinking the shot.

Melbourne United regained possession having the chance to just put it out of reach for the Bullets but coughed up possession with an offensive foul called on United Captain Chris Goulding which saw the Bullets steam down court to draw the scores level.

A missed shot from Jack Salt saw United reclaim possession thanks to a rebound from Jo Lual-Acuil.

An unsportsmanlike foul on Jason Cadee saw Lual-Acuil go to the charity stripe but he wasn't able to sink either of the two shots.

Although the shots didn’t make it in the net it brought the clock into the game with only ten seconds for the Bullets to tie the game to go into overtime but after two stray shots the Bullets weren’t able to claim the scalp.

Dellevadova was once again dominant for United having 16 points, six rebounds, four assists and three steals.