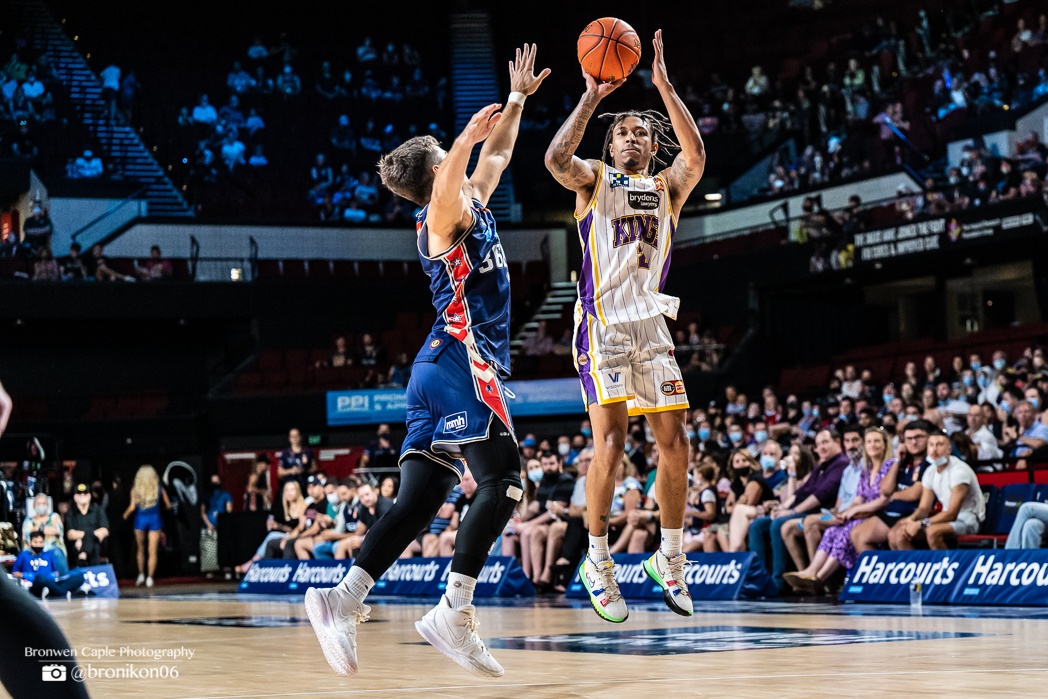 NBL Round 13 so far: Bullets bounce back, Adams sinks three for Kings win

NBL Round 13 so far: Bullets bounce back, Adams sinks three for Kings win

The Brisbane Bullets split the points from its two matches, the Cairns Taipans returned to the winners list before falling short of Melbourne United, and the Adelaide 36ers were overpowered in the final quarters of both of its matches.

There might still be two games to go, but after today's Sydney Kings heart-in-mouth finish, let's take a breath and look at the weekend of matches.

The Cairns Taipans were put on notice this week and came out firing with a 73-69 win over the Brisbane Bullets.

Snapping a four game losing streak in the process, the Taipans led from start to finish and elevated themselves off the bottom of the standings with the four-point win.

A relieved Adam Forde, Cairns head coach, admitted the team was hanging on for dear life in the second half after leading by 10 at the main break.

"I feel like after the week we've had and trying to address our demons, and that's the secret right, let's try and score all our points in the first quarter and then try to hold on for dear life," Forde said.

"We struggled to tick that scoreboard over in the third and the fourth, but we're trying to hang our hat on right now is defensively and everything else is a learning curve."

It was unfortunately much of the same for Brisbane, who has now dropped seven of its last eight games and any hope of playing finals, are fading fast.

Sixers fightback, but go down to Hawks

A third-quarter fightback from the Adelaide 36ers was not enough to take an away win over the Illawarra Hawks. The home side overpowered the Sixers for an 87-71 victory on Friday night.

It was an important win for the Hawks, who returned to fourth place for now.

Illawarra outscored Adelaide 25-14 in the final quarter to run away with the win, after Adelaide's 20-12 third period challenge.

Duop Reath led the way for the Hawks with 18 points and eight rebounds, Justinian Jessup put up 17 points, and Isaac White packed a punch coming off the bench for 14 points and seven rebounds.

The 36ers had patches of better play, but were overpowered once again in a fourth quarter fade out. Sunday Dech was the 36ers’ top scorer with 18 points, while Daniel Johnson had 13 points and eight rebounds.

Brisbane Bullets bounce back against JackJumpers

After going down to Cairns on Thursday night, the Brisbane Bullets have bounced back and given its season new life with a win over one of the form teams of this season in the Tasmania JackJumpers, 94-86.

Finals were on the line when the Bullets hosted the JackJumpers on Saturday, and they are still a possibility after the eight-point win.

While team-first basketball was key to the win, Robert Franks (23 points and 11 rebounds), Lamar Patterson (16 points and 10 assists) and Deng Deng (14 points) all got on the end of strong plays.

The JackJumpers fought hard, but couldn’t quite continue their winning ways to overcome a determined Bullets side. Jack McVeigh and MiKyle McIntosh both had 21 points, but the JackJumpers were let down by their defence.

The South East Melbourne Phoenix continue to prove they're a force to be reckoned with this season, only improving their championship credentials with six-point victory over the Perth Wildcats, 86-80.

Up by 14 at the main break, a strong first half set up the Phoenix to hold off a Wildcats comeback in the final term.

All square with 90 seconds left, the Phoenix settled down the stretch and scored the final six points to secure their 10th win for the season.

Kyle Adnam led the way for the home side with 24 points, while Mitch Creek had 22 and Ryan Broekhoff picked up 11 rebounds.

Phoenix captain Adnam was pleased with his sides "overall great effort" to pick up the huge win over such a strong side like the Wildcats.

"Obviously, [being defensive] in the first half is something that we spoke about coming in that we needed to hang our hats on and I thought, first half, we were great at that end," Adnam said.

"Second half we missed a few things here and there but to beat a team like Perth and how they’ve been rolling, it was a big win for us, definitely."

After going scoreless in the first half, Bryce Cotton finished with 15 points in a hot second half. Vic Law had another strong outing, scoring 22 points and nine rebounds.

Adams hits a three to take win for Kings

A game winning three-pointer from superstar Jaylen Adams has given the Sydney Kings a win in Adelaide, as the 36ers dropped their second game for the round, 93-90.

Adding to his personal highlight reel, Adams sunk the shot with 3.5 seconds left to give the Kings the match winning lead, much to the disappointment of the home crowd in Adelaide.

Adelaide led at each break, however was overpowered in the final quarter by Sydney, who were too strong and have pushed its winning streak to five games. It takes the Kings into third place on the ladder.

Sydney Kings head coach Chase Buford said it was an easy decision to put the ball in Adam's hands for the final offensive play.

“It’s been an easy decision for well over 50 games now," Buford told.

“I trust Jaylen Adams with the ball in his hands with the game on the line; just as I trust X (Xavier Cooks), like I trust Jarell [Martin], DJ (Dejan Vasiljevic), all these guys.”

While several of his players can stand up in the big moments, today the responsibility was put on Adams and he made it count.

Adams was the dominant player across the day with 26 points, including five three-pointers, and an additional seven assists. Xavier Cooks was also strong for Sydney with 25 points and 10 rebounds.

Dusty Hannahs had one of his best performances of the season for Adelaide, racking up 24 points, while Cameron Bairstow had 18 points and eight rebounds.

While Adelaide wasn't able to get the job done in the end, coach CJ Bruton was pleased with the effort his side showed on Sunday.

"I thought that we played with great energy considering we had a game that got away from us and we fought back on Friday when we didn’t have our legs underneath us for the Hawks game," Bruton said.

"To bounce back as always, we did it after against the JackJumpers when we let that one get away but came back home and was able to get Melbourne.

"This one was a great start with great energy, and I thought the execution of the game plan when we stuck to it was very solid. We took the right shots and unfortunately we came up short again."

Dusty Hannahs (centre) was one of Adelaide's best in the 93-90 loss to the Sydney Kings. Photo: Bronwen Caple Photography

MELBOURNE UNITED ‘LOCKED IN’ AHEAD OF THROWDOWN WITH THE PHOENIX

United lead the way with another win

Maintaining its strong position on top of the standings, Melbourne United cruised to a comfortable 16-point victory over the Cairns Taipans on Sunday afternoon, 89-73.

After snapping their losing streak on Thursday, the Taipans showed fight in the third quarter, as they reeled in a 13-point half time deficit to level the scores. However, they were off the mark in the last as United powered home in a 28-16 final quarter.

Keanu Pinder continued his impressive season for the Taipans with 14 points, nine rebounds and four blocks off the bench.

David Barlow went to the bench in the third and did not return to the game after straining his foot.

The Tasmania JackJumpers will host the Perth Wildcats on Monday evening and the New Zealand Breakers will take on the Illawarra Hawks on Tuesday to close out Round 13.