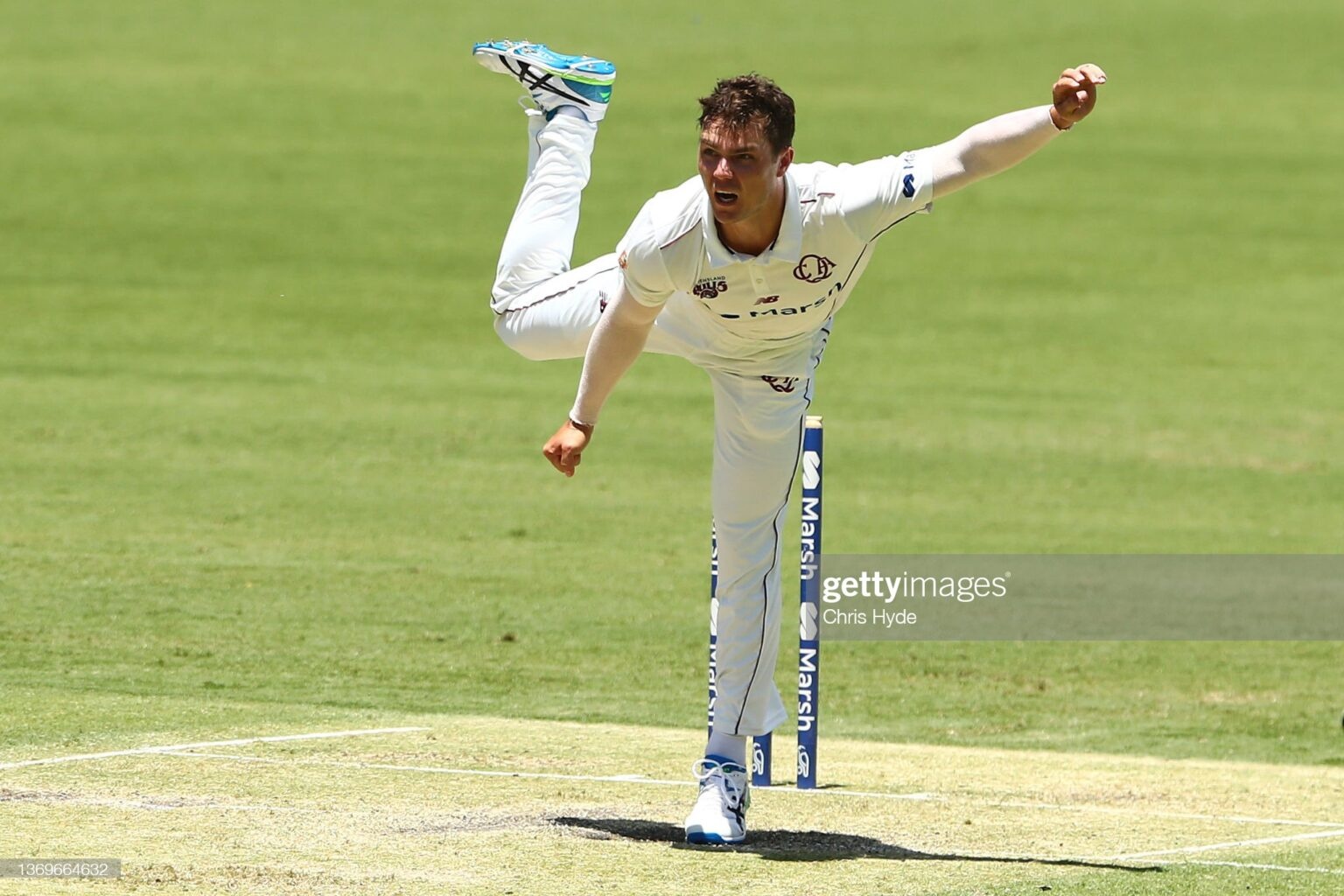 Mitch Swepson gets his first as Australia take ascendency

Day three of the second Test saw Pakistan bowled out in only 53 overs as Mitch Swepson took two wickets and the Aussies took ascendency.

Mitch Swepson gets his first as Australia take ascendency

Day three of the second Test saw Pakistan bowled out in only 53 overs as Mitch Swepson took two wickets and the Aussies took ascendency.

Day three has ended with Australia far in the ascendency finishing the day just as they began, batting. Of course, it wasn’t the same innings with the Aussie bowlers taking 10 Pakistan wickets in only 53 overs including two from debutant Mitch Swepson.

Australia began the day 505 in the black with Mitch Starc and Pat Cummins at the crease after Alex Carey was out late on day two for 93. Rather than declaring overnight, the Aussies decided to have another bat with Mitch Starc getting out early. The skipper Pat Cummins (34) and debutant Mitch Swepson (15) put on 50 in 52 balls before the declaration finally came after 189 long overs.

It would then be the tun of Pakistan to bat, but unfortunately for them, the Aussie attack was not only well-rested but looked to be bowling on almost a different wicket. Starc has the ball swinging around while Cummins (1/39) was able to find his spot as he always has.

Mitch Swepson (2/32) and Nathan Lyon (1/13) were both handed the ball early before the lunch break and the wicket did come from Swepson but not from his bowling. A ball was pushed to him at third man before he threw down the stumps and then ran almost a complete 360 around the ground with Abdullah Shafique (13) having to walk off the ground after being run out.

Mitch Swepson and Nathan Lyon are almost emblematic of the experience and youth in this side. Mitch Starc believes this was key to their success.

"I think Test cricket in Pakistan is a first for this entire group and so we are always looking to improve.

"We've had some extremely throughout conversations over the last week and in the week before we got here."

Wickets for Pakistan though were pretty consistently throughout their innings. Imam-ul-Haq (20) was next giving Lyon a wicket before Starc (3/29) almost picked up a hattrick after getting the ball to reverse. It was Azhar Ali edging one to the slips before Fawad Alam (0) was trapped in front of the wicket. The question poof course is how Fawad Alam does, get LBW with his ridiculous batting stance, well the truth is if anyone can find a front pad it’s Mitch Starc.

Even Cam Green (1/23) chipped in with him getting some revere swing, it was Faheem Ashraf (4) who had to go, he of course replaced Iftikhar Ahmed in this side. Babar Azam was the only resistance for Pakistan batting through the lower order collapse and picking himself up 36 along the way. While it wasn’t a fluent innings we did manage to see a few of those lovely cover drives that he is so well known for.

The best partnership of the day for Pakistan was actually the final one between Nauman Ali (20) and Shaheen Afridi (19) who combined for 30. The innings came a close though with a score of only 148 after Mitch Swepson opened his Test match account picking up the final two wickets. It was great to see another Aussie leg-spinner come through in the week where we lost our greatest ever leg-spinner inShane Warne.

Mitch Starc was once again the standout bowler for Australia taking 3/29 from 13 overs. A lot is said of Starc and whether he is still an automatic selection for Australia. The truth of course is that in conditions that are favourable such as these with prodigious amounts of reverse swing, there is perhaps no better bowler.

Australia decided not to enforce the follow-on instead deciding to bat out 17 overs. They did so at quite the rate scoring 81 at 4.76  per over. David Warner (7) was the only player to go, he was caught from the bowling of Hasan Ali (1/14).

Tomorrow Australia will likely look to score some more quick runs, possibly allowing the two current batters to get to centuries before looking at taking those 10 Pakistan wickets. Five sessions should be enough on a wicket that looks to be breaking up quite a lot. Usman Khawaja will have the opportunity to score twin tons once again after doing the same in Sydney earlier this year.

With the pitch breaking up over the next few days Australia will be confident of a win. Mitch Starc gave his read of the pitch after play.

"I think over the last couple of days the pitch has deteriorated to some degree, we didn't know it would happen that quick.

"Full credit to our bowlers to do the work we did and set this up for us today.

"The whole square is dry, both teams have been able to draw out that reverse swing."

Play is set to begin at 4 pm AEDT with the Aussies looking to put their foot down even further and take the advantage going into the final Test at Lahore.