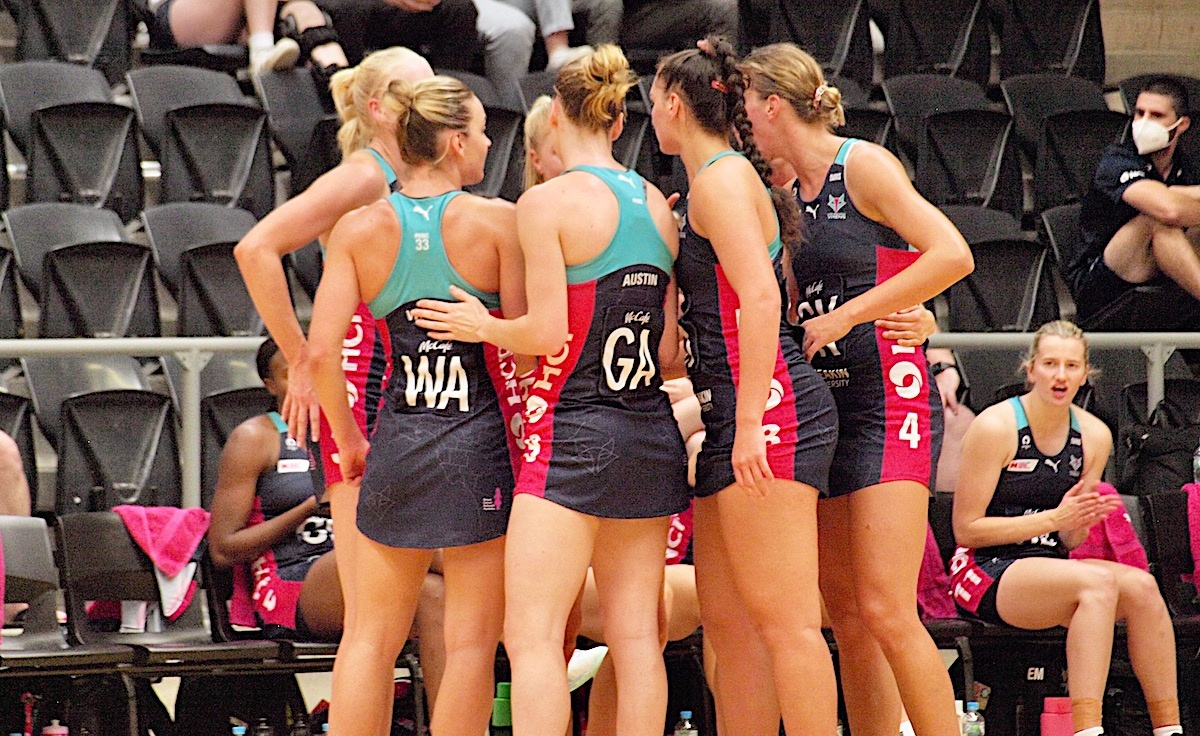 The Melbourne Vixens made a huge statement in the preseason, showing they'll be a force in 2022, but can the Vixens go from wooden spooners to premiership glory?

The Melbourne Vixens made a huge statement in the preseason, showing they'll be a force in 2022, but can the Vixens go from wooden spooners to premiership glory?

The Melbourne Vixens have already made a huge statement ahead of the 2022 season, taking out the preseason Team Girls Cup tournament without their marquee signing Kiera Austin on court. They'll be a force, but can the Vixens go from wooden spooners to premiership glory?

Already in 2022, the Melbourne Vixens have reminded everyone - including any doubters - that 2021 was one to forget and everything will be right in the world again with the Vixens back to their best ahead of a new season.

While Austin wasn't on court for theTeam Girls Cup victoryas she recovers from her ACL injury, she was back out there for a preseason hit-out against her old side, Giants Netball.

Well, when you finish bottom of the ladder there is plenty of room for growth and we can expect it in every area of the court for the Vixens in 2022.

One glaringly obvious opportunity for improvement is in the attacking goal circle and Melbourne has certainly made the moves and acquired the players to be able to take huge strides in that space.

It already worked a whole lot better during Teams Girls Cup, and arguably the starting pair for the circle was not on court, with neither Austin nor Mwai Kumwenda putting up shots.

In the midcourt and defence there is also room for improvement, but that could also be solved by the personnel changes the Vixens have made.

In 2020, the Vixens had the ultimate success up in the Queensland hub, winning the fourth edition of Suncorp Super Netball.

However, that premiership was the last time their formidable goal circle of Caitlin Thwaites and Tegan Philip would feature in the line-up. Take out Liz Watson for 2021, who suffered a navicular bone injury before the competition began, and the Vixens side was far and away from the force it was just the season prior.

Add in the loss of Watson, and it really was always going to be a poor year for the Vixens.

They won two games, toppling the Queensland Firebirds in Round Five (recall a Rahni Samason Supershot to steal it) and a three-goal defeat of the other Sunshine state team in the Lightning in Round Nine.

However, despite physically moving around the country in the back half of the season, the Vixens found their home at the bottom of the ladder in 2021.

New recruit Kiera Austin was back in action during the Melbourne Vixens preseason match against Giants Netball. Photo: Dan Coppel

With 10 players worthy of a spot in the starting seven, Simone McKinnis' coaching credentials will be the Melbourne Vixens' biggest strength in 2022.

McKinnis has won two premierships with the Vixens; the experienced and indomitable coach would have struggled to accept last year's results, and that disappointment was seen and heard many times in 2021. But it's all to make the side better.

There will be plenty of decisions to be made to find the right rotation in each section of the court with such a strong squad. Knowing when to change up the rotation or keep it the same will be key to having success this year.

Weston and Mannix seem to be back to their best, and the opportunity to push that duo up the court with the addition of Lewis at the back could make for an interesting court-shuffle.

The rotating shooting circle that will feature Austin, perhaps even earlier than expected, will require strategy and experimentation this year.

All we can say is McKinnis always has a plan, and her tactics will be the Vixens' greatest strength in 2022.

We saw it last year, and we've harped on about the hole Watson left when she was ruled out with injury in 2021, but the question should be asked: can the Vixens stop their whole game falling apart if one player goes down with Covid-19 or an injury?

It's inevitable that a player will face time on the sidelines with either Covid-19 or an injury, that's the nature of professional sport and the world we are living in, but in 2021 the Vixens couldn't stand up and win despite those challenges.

Have they learnt from those experiences? Are they still scarred by last season?

While they thrived in front of the home crowd over the weekend and have had success throughout their preseason encounters, it's not the real deal and the questions remain, how will the Vixens cope with adversity in 2022?

Rahni Samason took the competition by storm in the three games she played as a temporary replacement when Mannix was injured in 2021.

And fans were incredibly excited when the Victorian netball pathway product was announced as a permanent fixture in the 2022 side.

Samason has featured in teams and programs including the Victorian Netball League, Victorian Fury (winning league and team MVP in 2018), Vixens Academy and a Vixens squad member since 2018.

She has already developed a strong connection with Kumwenda and the goal circle is going to be an exciting rotation of talent when Austin takes to the court at full capacity (which could be earlier than expected!).

There's no doubting the Melbourne Vixens' premiership odds shortened when the side dominated the Team Girls Cup weekend.

Plenty already predicted with the personnel changes that the Vixens would soar up the ladder, and it's no surprise their status as favourites in 2022 has solidified through the preseason.

While teams will challenge them, the Melbourne Vixens are well-placed to be able to deal with any plan another team has for them in 2022.