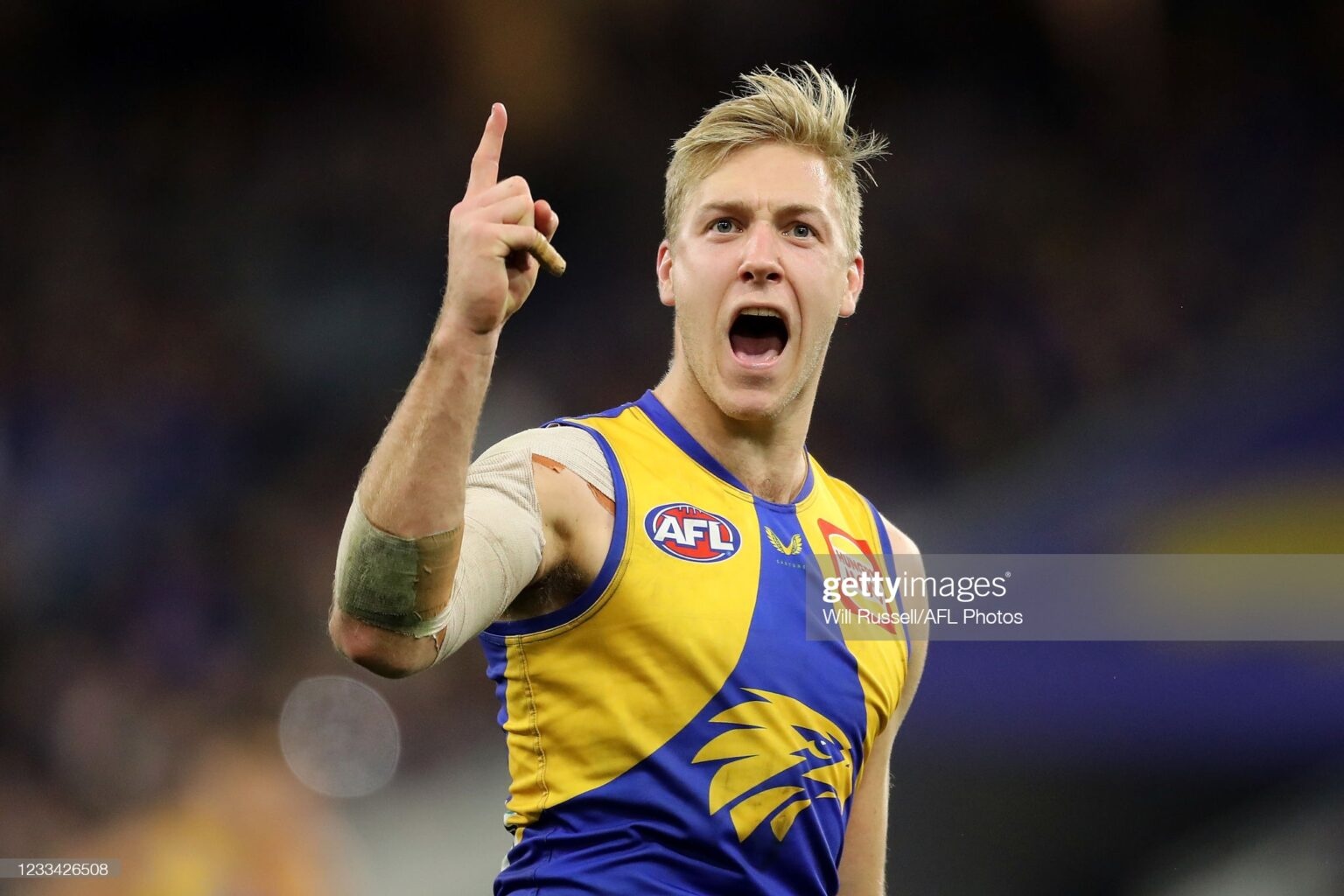 West Coast Eagles vice-captain Jeremy McGovern has thrown his support behind Oscar Allen to fill the gap left in the forward 50s.

It's been well documented Jack Darling failed to meet WA's AFL Covid-19 vaccination deadline and has been banned from club facilities since January 21.

McGovern has 'no idea' whether the key forward would play this year because of his vaccination status, however, he maintains the side is stronger with him in it.

"We’re a much better team with him out in the paddock. I would love him to be, but the club and Jack are still sorting all those finer details and things out. There’s not too much we know on that side of things."

He also said the players stayed in contact with Darling, checking in on his welfare, while also respecting, and trying not to sway his decision.

"The boys definitely aren’t leaving him out to leach. He’s obviously made his decision that he’s sticking by and I guess you can support his decision, but at the end of the day, he’s not here with us, we’d love him to be. It’s more just support mentally and making sure he’s going alright."

But with Darling out for the foreseeable future, it leaves a huge role in the forward line left to be filled.

Jake Waterman is another prospect, as is Bailey Williams who is set to play second ruck with Nic Naitanui this yeat

But Oscar Allen is the main name thrown up in the conversation and is set to play alongside Josh Kennedy, who has signed on for one year.

Last year, despite balancing numerous roles across the ground, Allen kicked 28 goals and had 91 goal assists.

McGovern believes the 23-year-old will be prepared to stay forward if Darling does not return this year.

"He’s been very patient I think. As a young forward coming in, you obviously want that ball kicked to you every time, but he’s been very understanding," he said.

"He’s done his apprenticeship behind 'JK' and 'JD' and I think it's helped develop his game, so I think he’s more than ready to take that role. Just seeing him train, he’s had a massive pre-season and he’s the type of guy that sort of relishes that stuff. It's exciting to see."

But a new potential forward line role isn't the only new role Allen will be taking on. He, Liam Duggan, and Tom Barrass were promoted to the formal leadership group, and are predicted to be there for a while.

"I’ve felt their leadership was there from when they got here and their performances on-field are really aligning with them, so I’m really proud of all three of them.

"It's good for us older boys to know we’ve got some good young leaders coming through."