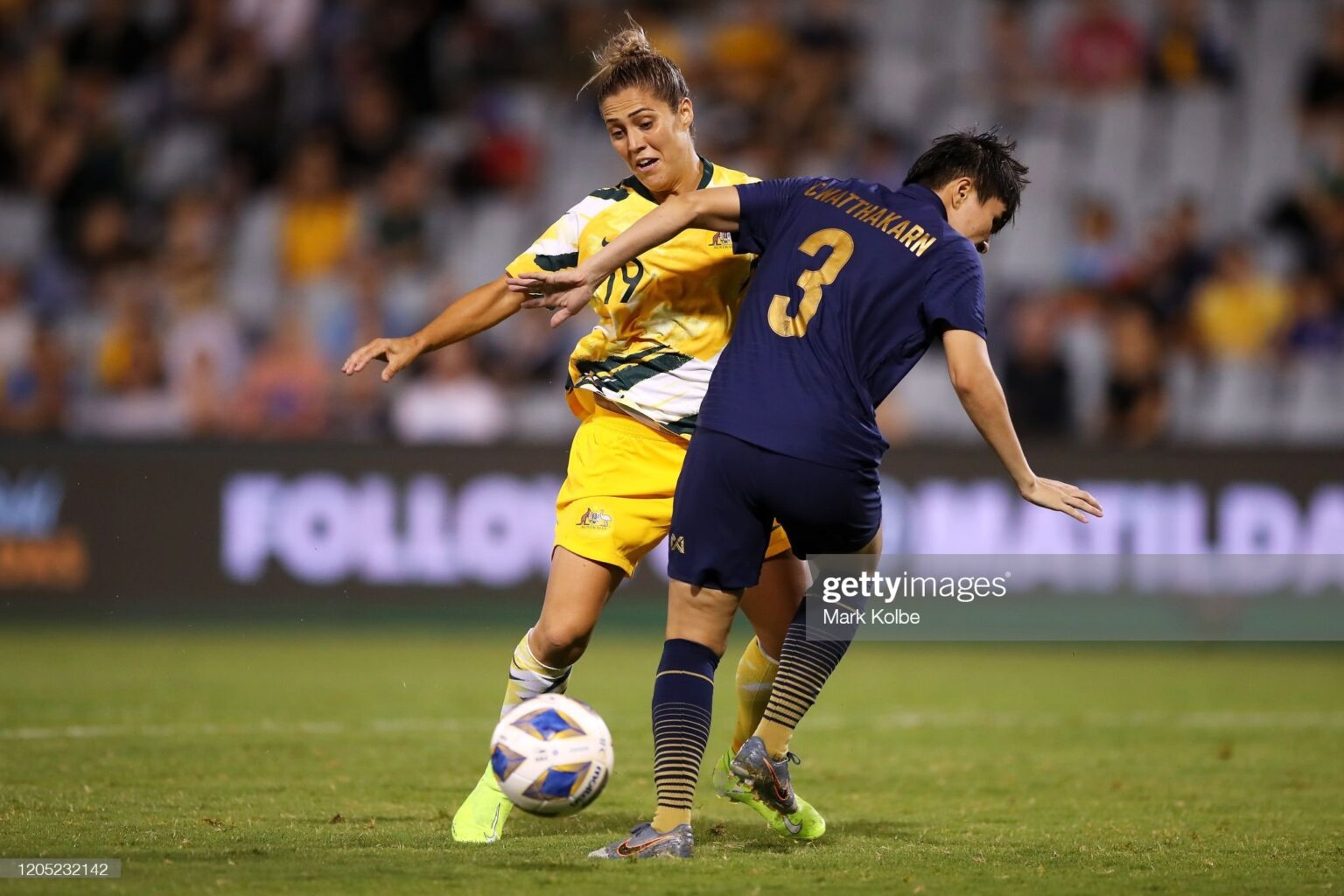 Matildas squad all about looking forward to World Cup 2023

The Matildas squad for home matches against New Zealand has been named, as Katrina Gorry returns and Tony Gustavsson focusses on the World Cup.

Matildas squad all about looking forward to World Cup 2023

The Matildas squad for home matches against New Zealand has been named, as Katrina Gorry returns and Tony Gustavsson focusses on the World Cup.

The Matildas' squad for the upcoming clashes against New Zealand has been named, with coach Tony Gustavsson keeping one eye firmly on the 2023 home World Cup.

After crashing out of the Asian Cup in the quarter finals, with a loss to South Korea, Gustavsson has done some soul searching and self-scouting. His hope is that the Matildas are on the improve, and are going to perform well at the home World Cup next year.

For Gustavsson, the biggest frustration is the gap between matches that leads to that soul searching.

“Being a national team coach is very different from being a club coach. I remember when I was a club coach, and you lose a game, you go straight on the park again and you work with the team and you play the next game and so forth," Gustavsson said.

"Now it's been two months of a little bit of a frustrating wait, because you want to get on the park and improve and get on with things as soon as possible. The players had a different challenge than I had - they had to go back to their clubs and perform for the clubs straight away after that loss in the Asian Cup.

"So it's been a two-month wait and I'm extremely excited and happy to finally get back on the park again to try and work on things."

Gustavsson has been in the job as Matildas' head coach for almost a year, and there have been mixed results, with the highs of an Olympic campaign, and the lows of the Asian Cup campaign.

Now, with the World Cup under 500 days away, he is determined to bring the squad, and his core group into focus.

“Now, the World Cup is over a year away, but there's not that many camps left, I think it's eight camps, so now it's time to start to narrow down a little bit, so you won't see the same things you saw last year.

You're not going to see 60 players and 4 debutants. That's not normal, but it's what we needed to do. And to do that at the same time as we had two major tournaments (Olympics and Asian Cup)."

The journey towards the World Cup, and through the wild parts of 2021 and early 2022, have been largely done without Katrina Gorry.

Today, she was named to return to the Matildas' squad, after starring in the A-League Women in her return from maternity leave.

Gustavsson explained that he would have liked to have Gorry in his squad over that time, but that he is confident that she will be up to speed, and a contributing member of the squad in short order.

"I would have loved to have her there, she would have been the perfect super-sub in that second half against Korea with her skillset.

"She’s proven now, the first season that she’s back that she's good enough to be selected for the senior national team, which makes me very happy. It's also very impressive to see how professional she's been in terms of coming back to the game that quickly.

"She done one-on-one sessions so she knows all the terminology, principle and tactics.

"Her unique skillset is her agility with the ball, she can turn out of pressure like no one else. Then her vision and her touch. The big step now is to bring her game up to international speed, that’s gonna be the natural next step."

Gorry's last appearance for the Matildas was 778 days ago, in the Asian Cup qualifier against Thailand on 10 February 2020.

Gorry is among the 23 player squad, and the only player not to have played in the recent Asian Cup.

The Matildas face New Zealand on Friday 8 April in Townsville, and Tuesday 12 April in Canberra.