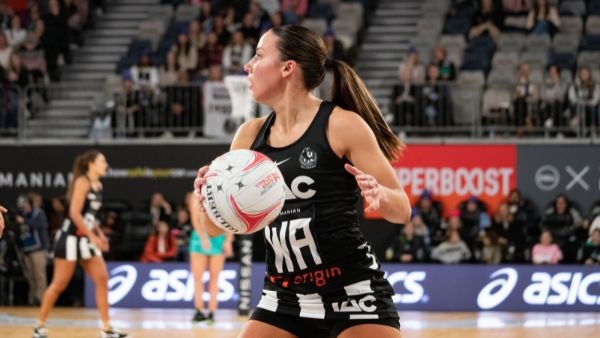 Melbourne Vixens claimed bragging rights over the Collingwood Magpies after a two-point win but the Magpies have done enough to secure a spot in the finals.

Melbourne Vixens claimed bragging rights over the Collingwood Magpies after a two-point win but the Magpies have done enough to secure a spot in the finals.

It was the Melbourne Vixens that claimed bragging rights over the Collingwood Magpies after a two-point win but the Magpies have done enough to secure a spot in the semi final.

Good news came early for the Magpies with training partner Casey Adamson making her Super Netball debut in wing defence, as she was one of a swathe of inclusions as the Magpies were devastated by COVID-19 in the lead up to the game.

Ash Brazill, Jodi-Ann Ward, Maggie Lind and coach Nicole Richardson were all ruled out of the game after contracting the virus. Adamson, along with Zoe Davies, was elevated from training partner status, while former Vixen and Diamond Renae Ingles was a shock inclusion at the last minute.

An early tip from Jacqui Newton saw the Magpies get the first goal of the game through Shimona Nelson, although a misfeed into Nelson saw the Vixens able to tie up the game thanks to a goal from Kiera Austin.

A turnover in Collingwood’s attacking third saw the Vixens convert down the other end through Kumwenda with a Super shot to bring the Vixens back in front. The Vixens went into the first quarter.

A missed pass from Kelsey Browne gave the Vixens a chance to increae their lead but Browne was able to win possession back for her team to tie the game up at 18 a piece.

A footwork call against Liz Watson gave the Magpies a chance to take the lead but Jo Weston was able to get the intercept and the Vixens converted down the other end through Mwai Kumwenda.

Simone McKinnis called the first timeout of the match as the scores were tied at 21 a piece during the second quarter.

A turnover in the centre third saw the Vixens break the centre pass and go three goals up before Collingwood called a timeout.

Renae Ingles came on to wing defence out of the Magpies time out. Collingwood had a few chances to bring the lead back but weren’t able to capitalise with the Vixens regaining possession. Gabby Sinclair came on for the Magpies ahead of the Super Shot period.

Austin took the lead out to four with a super shot. A missed feed into Sinclair saw the Vixens bring the margin out to five with the Magpies calling a timeout with 49 seconds left to play in the half.

Rahni Samason came on for the Vixens to start the third quarter, although a Newton intercept saw the Magpies break the Vixens centre and get the first goal of the second half.

Garbin and Zoe Davies came on with eight minutes to play. The Vixens lead extended two ten points but Nelson was able to peg the margin back to nine.

A Vixens turnover saw the Magpies break the next centre pass and bring the margin to six with McKinnis calling a timeout to stop the Magpies momentum Sinclair came back on to. A missed supershot from Sinclair saw the Vixens convert down the other end.

It was a race against the clock for the Magpies with an offensive contact against Samason gave the Magpies a chance to bring the margin back to six, but it wasn’t to be with the Vixens going into the final break with an seven point lead.

‘IF WE CAN DO THAT, WE CAN BEAT ANYONE’: ASH BRAZILL ON CLASH WITH THE VIXENS

SWIFTS WIN A THRILLER OVER THE FIREBIRDS, BUT LEAVE FINALS IN THE BALANCE

An offensive contact against Liz Watson brought the Magpies within three and and a goal from Garbin on the Magpies centre saw the margin to just two points.

Kumwenda came back on with ten minutes to play in the match. The Magpies defensive pressure lifted with Davies starting to get finger tips to everything.

An out of court shot gave the Magpies the chance to get within one and despite a Mannix intercept the Magpies were able to regain possession through Garbin to bring the margin to just once with the next centre pass.

The Vixens called a time out to stop the Magpies momentum with Kate Moloney going into wing defence, Watson in centre and Hannah Mundy on into wing attack.  A goal from Garbin saw the magpies level it up.

A stunning feed from Browne saw the game back at a stalemate. A held ball call gave the Vixens a chance to break the centre pass but a pickup from Davies saw the Magpies regain possession and Nelson tied the match.

A missed shot from Garbin saw the Vixens go up by two with twenty seconds to go and a missed super shot attempt from Kumwenda saw the Magpies claim the fourth and final spot, setting up a date with the Giants next Sunday.

Upton was overjoyed post-match with the Magpies doing just enough to keep their season alive.

“We weren’t exactly sure what the margin or the percentages needed to be, so even at the end. The girls are ecstatic. They’ve had a really consistent back half of the season so I’m glad they were rewarded for it.”

Collingwood were without head coach Nicole Richardson and Ash Brazill but after hearing from the coach after the game, Richardson is over the moon to keep their season alive.

“Richo was allowed to have communication throughout the game in the first and third quarter, and then we spoke to her after the game.

“She was very very happy.”

The Vixens got out to as much as ten points in that third quarter but a strong finish from the Magpies saw the side keep their season alive. With Upton’s messaging to go back to the game plan.

“In attack, just maintaining that possession. We probably got a bit too congested in the third, and we were suffocated around the transverse line, so it was just about getting depth so that we could punch back to the ball and open up the attacking third.”

Having Ingles in the side gave the Magpies a bit of experience with the loss of Brazill and Upton was glad that Ingles was able to pull on the black and white today.

“Poor Renae, she just got thrown in the deep end. She hadn’t played netball in a couple of years, played a game of VNL and then comes out on the court and plays SSN within a matter of five days.

“Just her experiences and the mature head in those moments was invaluable, for us, it was more getting someone on court who could communicate with that partnership on the transverse line and to Geva.

Collingwood will now face Giants Netball at Ken Rosewall Arena on Sunday at 4pm in a do or die semi-final battle.