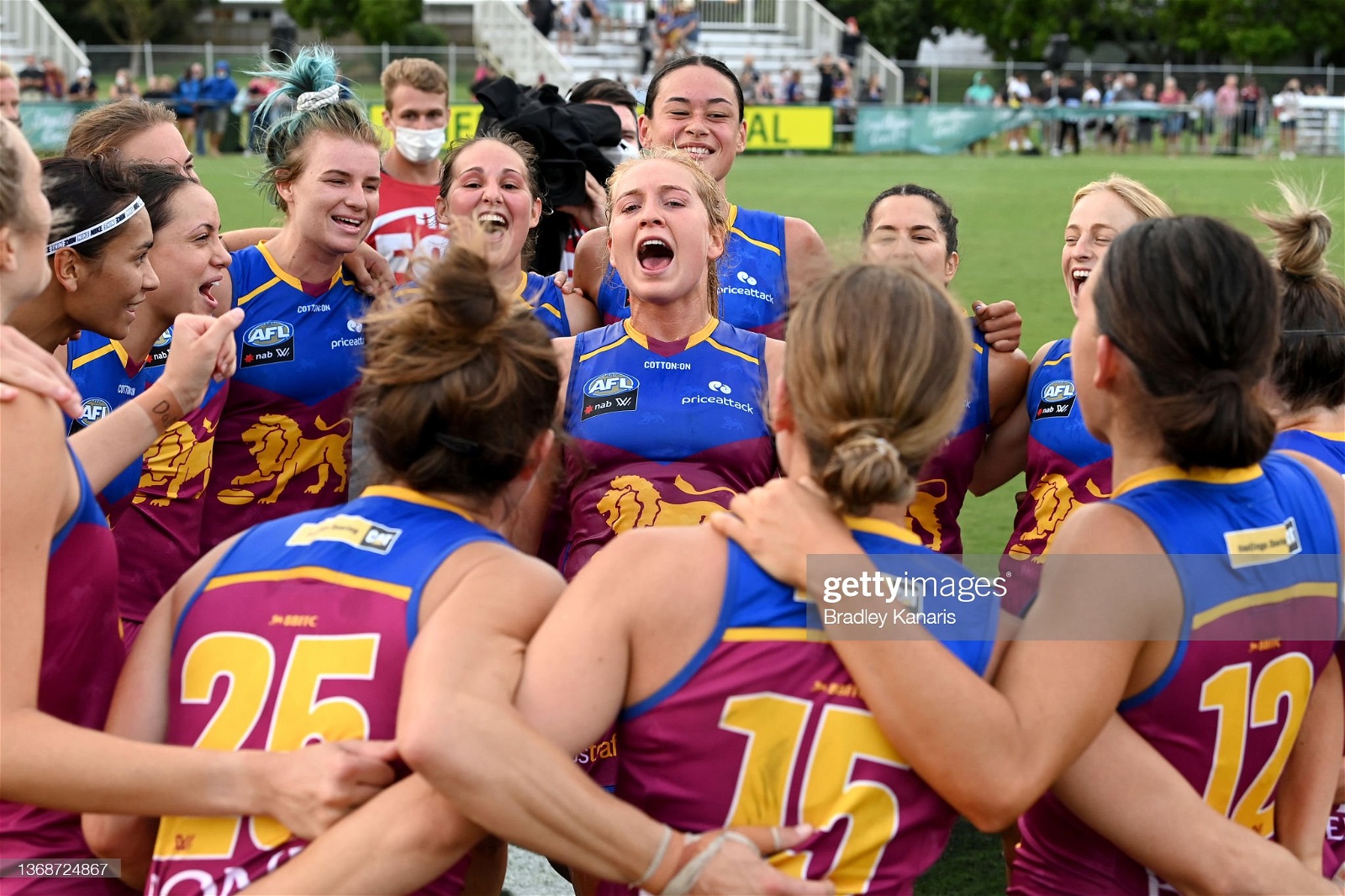 Lions dominate depleted Mapgies to face Dees at the 'G

Brisbane Lions will face Melbourne Demons in the preliminary final at the MCG after comprehensively beating Collingwood Magpies at the Gabba.

Lions dominate depleted Mapgies to face Dees at the 'G

Brisbane Lions will face Melbourne Demons in the preliminary final at the MCG after comprehensively beating Collingwood Magpies at the Gabba.

Brisbane Lions have the task of facing Melbourne Demons in the preliminary final at the MCG after comprehensively defeating Collingwood Magpies at the Gabba on Saturday, March 27.

The match was played a week later than planned due to COVID-19 cases in the Collingwood team, and the Lions appeared to have the extra break as an advantage.

It was a special day for Lion Maggie Harmer, who found out just before the game that she would be making her debut after Indy Tahau was a late out with illness.

Former Brisbane number eight Emma Zielke presented Harmer with her guernsey adorned with the same number, which was also the number her father wore when he played.

Harmer's parents heard news of her debut as they were walking to the oval.

Play got underway and Lion Jesse Wardlaw showed prominence in the forward 50 all day, starting with the first major on the board to give her side a nine-point lead at quarter time.

Sabrina Frederick scored the Magpies' first goal 10 minutes into the second quarter after poking one forward through traffic to dribble between the big sticks.

Magpie Chloe Molloy ran her heart out in the middle, but still had time for niceties, helping an opponent up after tackling them.

An incredible goal bagged by Orla O'Dwyer from outside 50m was made even more special due to the fact she kicked it in front of her mum and sister, who travelled from Ireland to see her play live for the first time.

Aliesha Newman was one of Collingwood's best, and a highlight of her match was kicking the side's second goal 90 seconds into the third quarter.

Despite Brisbane's relentless entries inside 50, Collingwood's Ruby Schleicher showed the solid form she has had all season and repelled numerous attacks by the Lions.

Unfortunately her efforts were not rewarded, as shallow entries into Collingwood's forward 50 proved fruitless thanks to the strength and skill of the Lions' Phoebe Monahan.

Wardlaw lined up for her second goal just inside the arc before Stacey Livingstone gave away a penalty, resulting in an easy goal from the top of the square.

Frederick moved into the middle to be Collingwood's ruck, but ultimately it did not impact the momentum as the game as the ball stayed around the Lions' forward 50 for much of the third quarter.

Late in the third quarter, Ruby Svarc gained possession high in Brisbane's 50m arc and put ball to boot, launching the Sherrin into the air.

It bent its way towards goal, and despite Sarah Rowe's best effort, she just missed touching it before it went through for Svarc's first AFLW goal.

Dakota Davidson had two quick successive shots on goal which resulted in points, and the Magpies got stuck into her as a result.

The Lions love when their opponents try to ruffle some feathers and fire up even more, which is exactly what they did in the last quarter.

Bodey took a mark then played on; she shrugged a tackle and kicked the goal but it was not counted as she had run too far without taking a bounce.

Collingwood shifted Molloy moved up forward, which gave the rest of its midfield a new attacking option.

One of the Magpies' best plays of the day came started with Amelia Verlado soccering the ball from inside the Lions' forward 50 to Frederick.

She poked it over the top towards the Magpies' 50m arc, and the ball was scooped up and dished out by Eloise Chaston to Molloy, who took a bounce before running into an open goal.

There was worry in the Collingwood camp as one of the side's most influential players of the day, Mikala Cann, came off with an injury concern.

Thankfully she passed a fitness test and later returned to the field to finish with a game-high 20 possessions and seven tackles.

After a scrap in Brisbane's forward 20, O'Dwyer snapped towards the big sticks and Bodey collected the crumbs in the goal square for the Lions' eighth goal.

A collision between an umpire and a player barely disrupted play as Lions Zimmorlei Farquarson and Davidson streamed forward, with Farquarson crumbing Davidson's dropped mark to snap a goal.

The Lions continued to be relentless with inside 50s and playing on, out-running and out-playing a weary Collingwood outfit.

Defender Shannon Campbell went up forward to score her fourth career goal and the last goal of the match.

Brisbane captain Emily Bates was impressive, finishing with 19 possessions, while teammates Tahlia Hickie and Cathy Svarc brought the heat with seven tackles each.

Brisbane will now face Melbourne in Preliminary Final 2 at the MCG at 12.40pm AEDT on Saturday April 2, while Adelaide and Fremantle will face off at Adelaide Oval at 2.10pm ACST the same day.