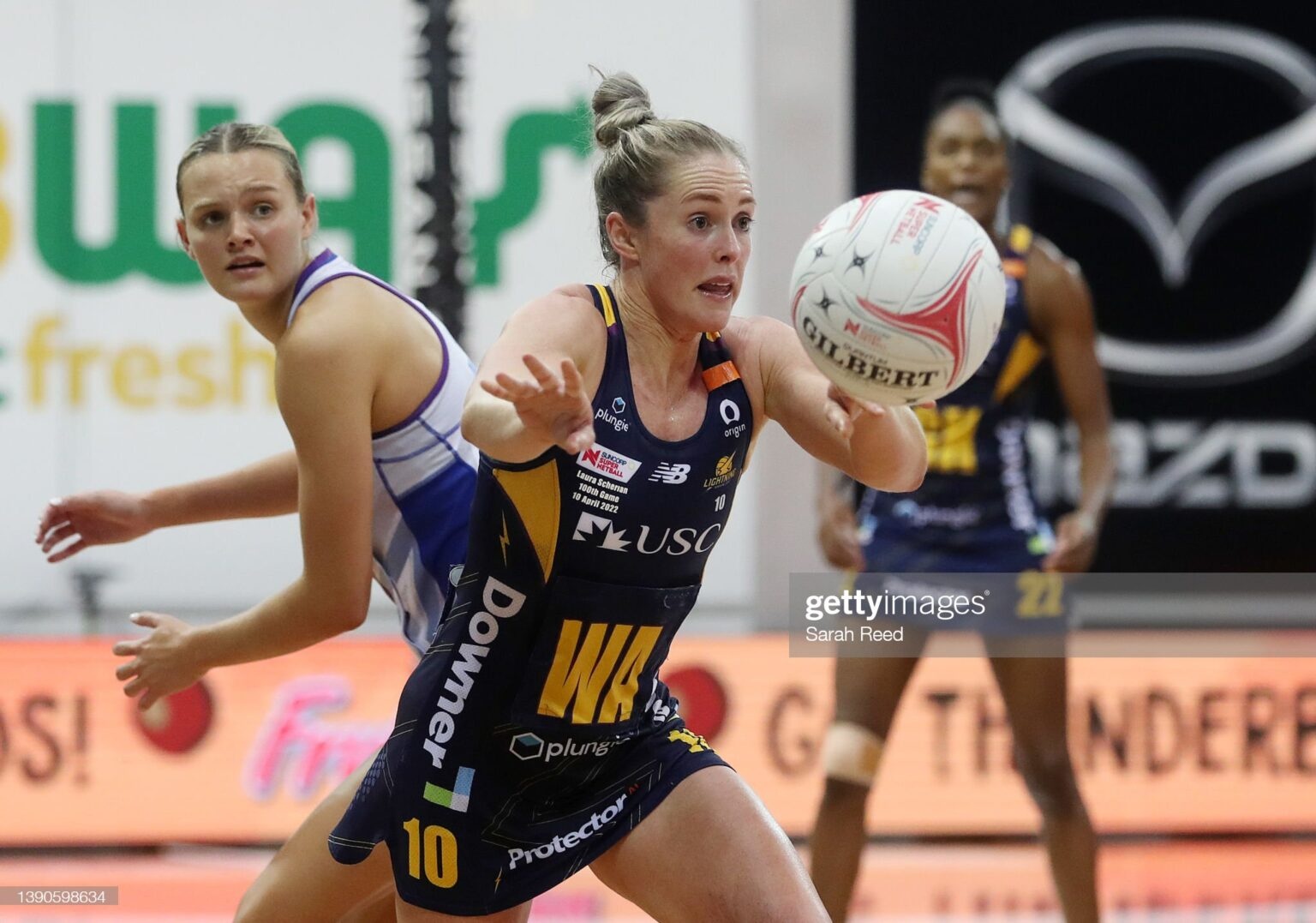 The Sunshine Coast Lightning snagged their first win of the season in dramatic fashion over the Adelaide Thunderbirds, by a single goal.

The Sunshine Coast Lightning snagged their first win of the season in dramatic fashion over the Adelaide Thunderbirds, by a single goal.

The Sunshine Coast Lightning have shocked the Adelaide Thunderbirds to win their Round Three matchup by one goal, and take their first win of the season.

The Thunderbirds were celebrating 25 years of the club, with a special heritage dress. It was an anticipated event also because the Thunderbirds have never one a Round Three Suncorp Super Netball matchup, and had never won three games in a row in the Super Netball era.

Unfortunately for the Thunderbirds, those records continue to stand, despite the strong start to the season.

The Lightning came out aggressively, with a difference clear between the first two rounds immediately. The shooting circle was moving more with Steph Wood back, and Kadie-Ann Dehaney was able to get off the body early.

The fruits of the Lightning’s change were not immediately clear, as the Thunderbirds led at quarter time, but by half time, the Lightning had their noses in front.

Late in the fourth quarter, Sterling, after a break off court, came back into the contest and started to challenge the Lightning’s possession.

The move paid off, as Batcheldor sank what would be the game winning super shot with a little less than three minutes to play.

The win gives the Lightning their first points of the year, after two big losses previously. The Thunderbirds’ Round Three hoodoo will love another year.

FEVER GIVEN THE SWEATS, BUT SHAKE OFF THE FIREBIRDS TO WIN

SWIFTS GET FIRST WIN OF THE SEASON OVER STILL-WINLESS MAGPIES

After the match, Lightning coach Kylee Byrne paid tribute to Batcheldor, explaining the thought process behind that final interchange.

“I looked at Cara Koenen and she just turned to me and said ‘back her in’,” Byrne said.

“Cara could read in my face what I was contemplating. That’s that beauty of that relationship.

“And why not. (Batcheldor) did well at Team Girls Cup and stood up at other times.”

Byrne explained that after two weeks of big losses, the Lightning had remained confident in their game plan and their ability to execute it and win the match.

“We realised how new everyone was and how combinations would take time. There wasn’t an ounce of panic in the last couple of weeks

“If we kept sticking to our game plan the little wins would come.”

For the Thunderbirds, the loss comes after two wins to start the season. For coach Tania Obst, the shooting accuracy was a key point.

The Thunderbirds scored at 82 per cent accuracy, just behind the Lightning’s 84 per cent, but with a higher volume of shots, it was more misses.

“I just looked at the stats and it basically boiled down to our shooting,” Obst said.

“We were better converted at our centre pass attack, converted more turnover and our shooting was down with five more attempts.

“Statistically we did alright there but didn’t obviously put the ball through the ring like we should have.”

Obst also looked to the matchup of Sterling and Koenen, explaining the reasoning behind taking Sterling off at a critical part of the game.

“She wasn’t playing the game plan, she was caught behind Cara a lot of the time and that was obviously not where we wanted her to be so she had to come and have a look at that at a different angle.

“Latty [Latanya Wilson] had been sitting off and having a look at it. It was about seeing it from a different angle.

“I actually thought that we didn’t respond to the physicality and the different type of defence from the Lightning.

“Ithought that sometimes we were wasteful with the ball and we weren’t pulling it in strongly enough and maybe this is a reminder that this is the big girls league - sometimes you’re not going to get the free that you expect and you need to just keep putting your body on the line to get the ball.”

The Thunderbirds will now turn their attention to the NSW Swifts who are visiting midweek, while the Lightning face the Collingwood Magpies.