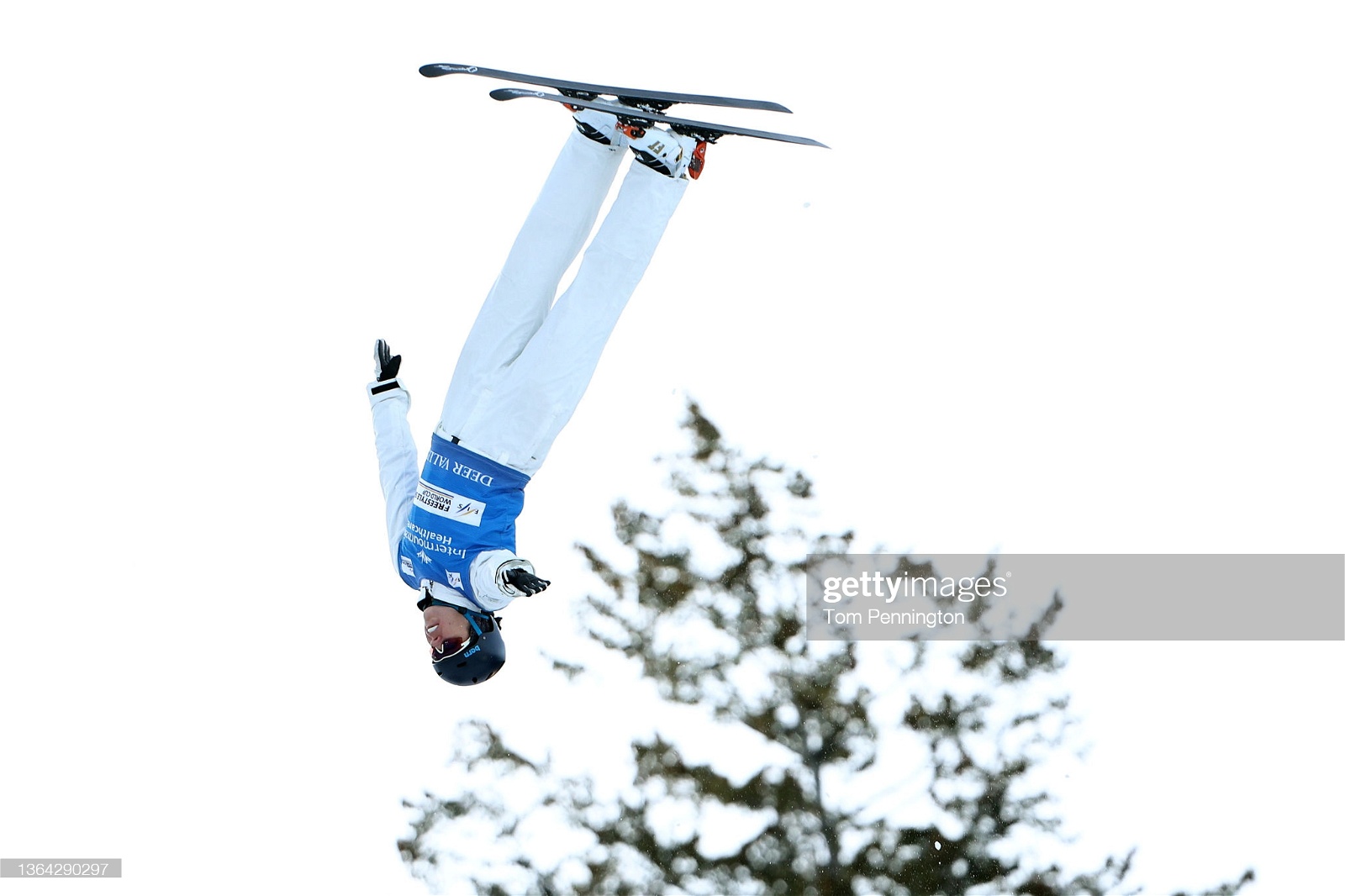 After a 16th place finish at the Le Relais World Cup event in Canada last weekend, Aerials skier Laura Peel has returned to the top of the podium today with a 33.47 point win over her nearest competitor at the final Olympic qualifying event ahead of the Olympics in Deer Valley, USA.

The win comes just days after Peel became the third woman to ever land a quadruple twisting triple backflip on snow, if performed in competition it is worth a max score of 140.70 points. The skill helped American Ashley Caldwell win the 2017 World Championships.

Peel didn't need the trick to win in Deer Valley today, but that doesn't mean she didn't come out with a stunning skill in the final to win her first gold since her World Championship win in Almaty, Kazakhstan in March 2021.

It was fellow Australian Danielle Scott who was in lead after qualifying, scoring a 91.29, while Peel scored 87.88 to sit in fourth, with Canada's Flavie Aumond and China's Fanyu Kong sitting in second and third respectively.

After the first run of the Final Scott continued to lead scoring 103.74, with Peel jumping into second scoring a 101.36. With both athletes having the same degree of difficulty 3.975, both performing a back full-tuck-full, it was the air and form that kept Scott narrowly in front.

But the final run is where Peel blew all of her competitors out of the water.

The World Champion went into the final intending to perform a back full-full-full, otherwise known as a triple twisting triple backflip. The skill has a degree of difficulty of 4.293 and only Peel's compatriot intended to perform the same skill.

Jumping second last in the final run Peel needed to score higher than 84.58 to guarantee herself at least a silver medal.

Scott was unable to back up her consistency in her final jump, finishing in fourth with a score of 80.27, her score taking a massive hit due to a poor landing receiving 2.1 points out of a maximum of nine.

It is Peel's second podium of the 2021/2022 season, meanwhile, this was Scott's second consecutive fourth-place finish after a top two in qualifying.

The results solidify Australia's three women's aerials quota spots for Beijing 2022 and put all eyes on Peel and Scott to potentially bring home a medal following the Olympics.