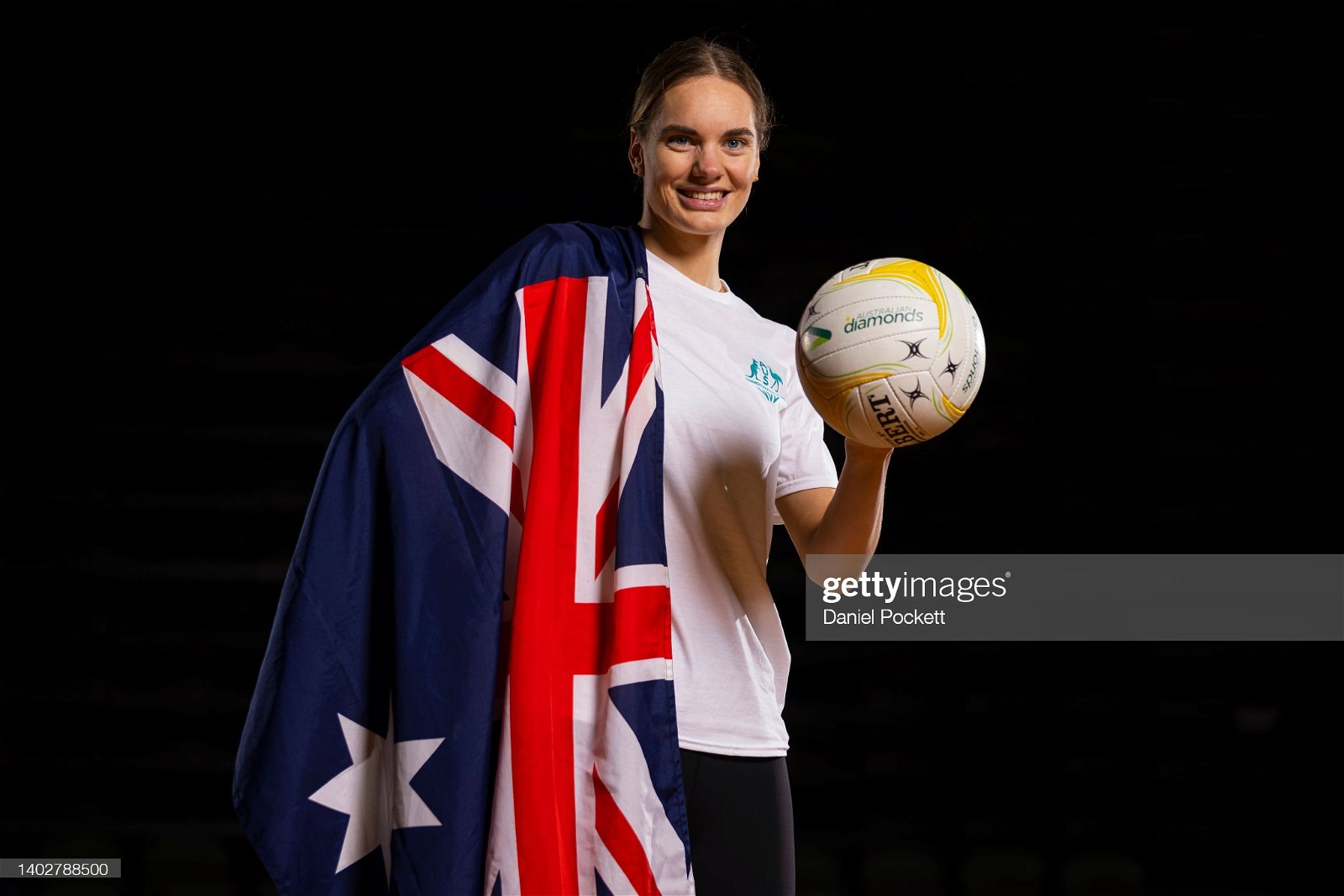 Kiera Austin:'It definitely means everything to us'

Every young netballer's dream is to pull on the Green and Gold dress at a Commonwealth Games, and now for Kiera Austin, her dream is becoming a reality.

Kiera Austin:'It definitely means everything to us'

Every young netballer's dream is to pull on the Green and Gold dress at a Commonwealth Games, and now for Kiera Austin, her dream is becoming a reality.

The chance to play in her first Commonwealth Games is something that Austin will treasure forever.

"That will never be taken away from me, and being able to play at that level and play with some of the most incredible netballers and girls that I always look up to, that's going to be something that will sit with me forever.

"So hopefully we can bring back the gold and make some better memories than from the previous Commonwealth Games, but it's really exciting to put my foot out on the international stage again. It's been a while in between drinks."

After all the work in rehab, it makes the call up even sweeter, with a Diamonds teammate with similar experience helping Austin to get the belief that she could make it back for the Commonwealth Games.

"I think that's why I cried so much when I found out the news. I just thought about all the times where I was learning to run, jump, hop and change direction again.

"All those memories come flooding back, and you can see how far you've come, and it makes you really proud of yourself.

"I think Paige Hadley was a good, I guess, motivator for me. She went through something really similar; she missed out on a Commonwealth Games but through an ACL injury and came back and played at a World Cup. So, seeing that it was possible for her definitely felt like it was possible for me."

It was a nervous wait for Austin while waiting for the phone call, but once it came through, she was overcome with emotion.

"I finished training pretty early and I got lunch with my partner; I guess I got to kill time because I'm just going to be sitting at home doing nothing, but yeah, I just took the phone call and didn't really know what to say.

"I started crying straight away, so quickly I had to say something, so they knew I was still on the phone. I'd Face Timed my family pretty quickly and let them know the good news. They were concerned as to why I was crying, but it was all happy tears."

Growing up, Austin looked up to Diamonds legend Sharelle McMahon, and in her first International tour, she got to work alongside McMahon , a specialist coach at the time.

"Sharelle McMahon is like the poster girl for the diamonds back in the day. She was a shooting coach when I first joined and played in the Constellation Cup, I was just listening to everything she was saying to me.

"I think now that I'm in this team with Steph Wood and Gretel Bueta, Holy moly. I watch them every single week and just love how athletic they are, how smart they are.

"I just can't believe I can get to play alongside them. I wouldn't get that opportunity in a club environment, so to have that in an international environment, It's gonna be crazy for me.

Growing up watching the likes of McMahon to now pulling on the green and gold dress to represent her country is a moment that Austin will never forget.

"You see those girls when you're growing up playing netball. You've watched them growing up and you never really think that it's possible for you and when you get the chance to do it.

"It's kind of just like a pinch yourself moment. So yeah, I definitely will be taking some selfies in the green and gold dress just from my own little memory bank.

"It definitely means everything to us."

The Diamonds will kick off their campaign tonight at 11 pm AEST as they take on Barbados.