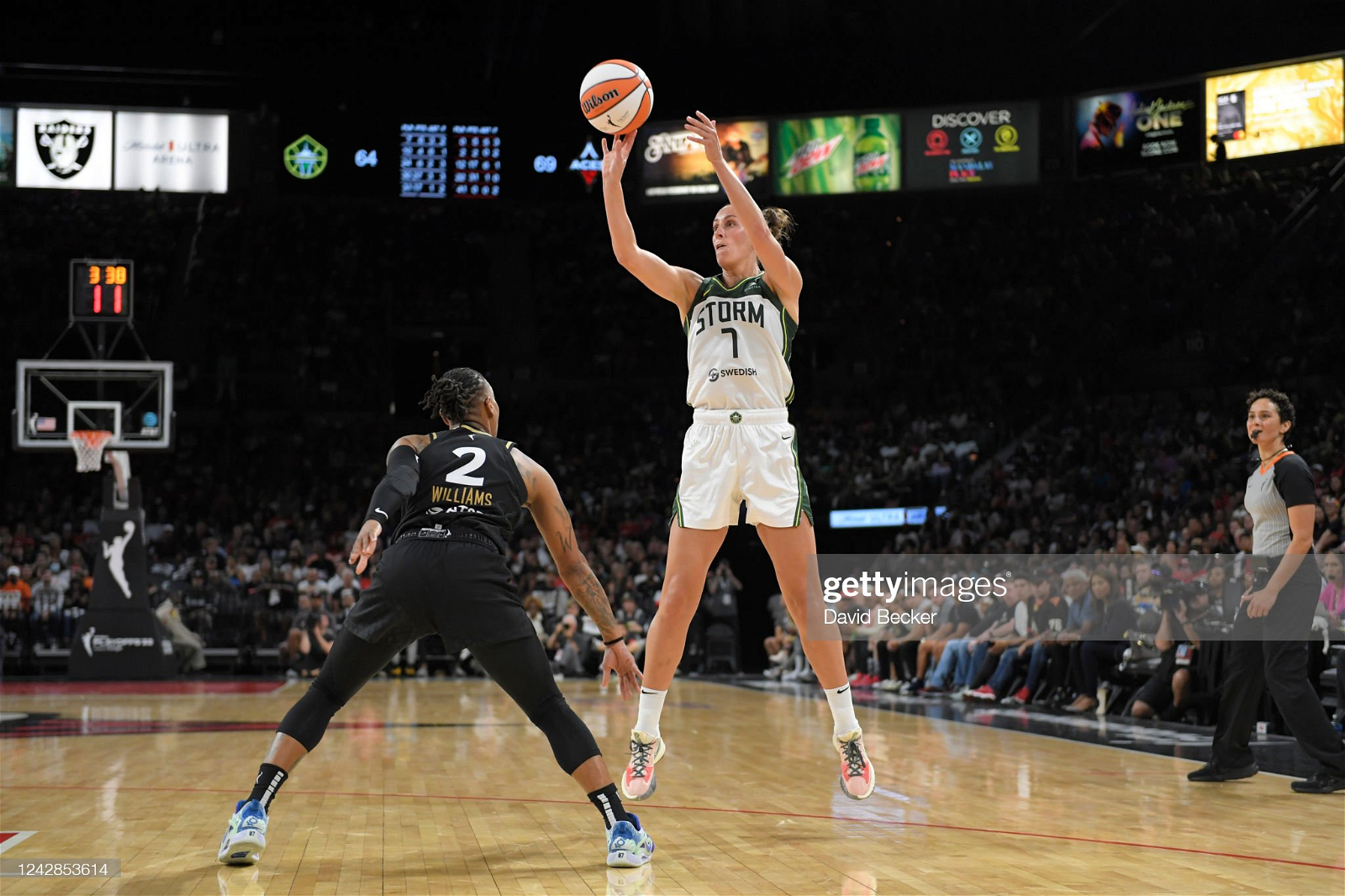 Keeping up with the Aussies in the WNBA: Semi-finals Part 2

Despite overall efforts, the Seattle Storm - and their pair of Aussies - couldn't take the 2-0 advantage.

Keeping up with the Aussies in the WNBA: Semi-finals Part 2

Despite overall efforts, the Seattle Storm - and their pair of Aussies - couldn't take the 2-0 advantage.

A hard fought battle took place in Las Vegas as the Seattle Storm looked to take a 2-0 advantage in the semi-finals against the Aces. Despite the Storm playing their hardest, they couldn't contain the powerful Aces, losing 73-78.

Even though they lost, Ezi Magbegor and Steph Talbot return home to Seattle to try and take a 2-1 lead and inch closer to the finals. Here is how they both fared in Game 2.

Magbegor only recorded just under 10 minutes of action off the bench, although it was pretty productive. Extremely early into her minutes, she found herself open in paint after setting a screen for Jewell Loyd. Magbegor's defender left her to force a double where Breanna Stewart found her wide open for an easy layup.

If that video above of her screen play didn't excite you enough, her defensive, clutch block on opposing centre Kiah Stokes should have no problem triggering that emotion.

In the end, Magbegor recorded two points and two rebounds along with the block.

Remember when Steph said she's a defender? I can confirm, once again, that she definitely is. With teammate Gabby Williams ruled out again for Game 2, Talbot was again given the nod by Coach Noelle Quinn to start.

But first, don't let her defence overrule her passing ability. She threw an absolute dime to a cutting Breanna Stewart right on the money for a layup. The two videos, with two different angles, don't do it justice.

Steph was much more productive defensively due to not finding herself in foul trouble like Game 1. She was everywhere on that end of the floor, grabbing eight defensive rebounds, a steal, and a block. On top of those stats, she finished with six points and three assists in a bit over 32 minutes.

Talbot will presumably resume her role off the bench as Gabby Williams is cleared from concussion protocols and play in Game 3. It's all up to Quinn on what she decides to do.

Magbegor and Talbot's Seattle Storm continue their semi-final series against the Las Vegas Aces on Monday, September 5 at 5am AEST. The Storm are currently tied with the Aces at one game a piece in the best of five series.