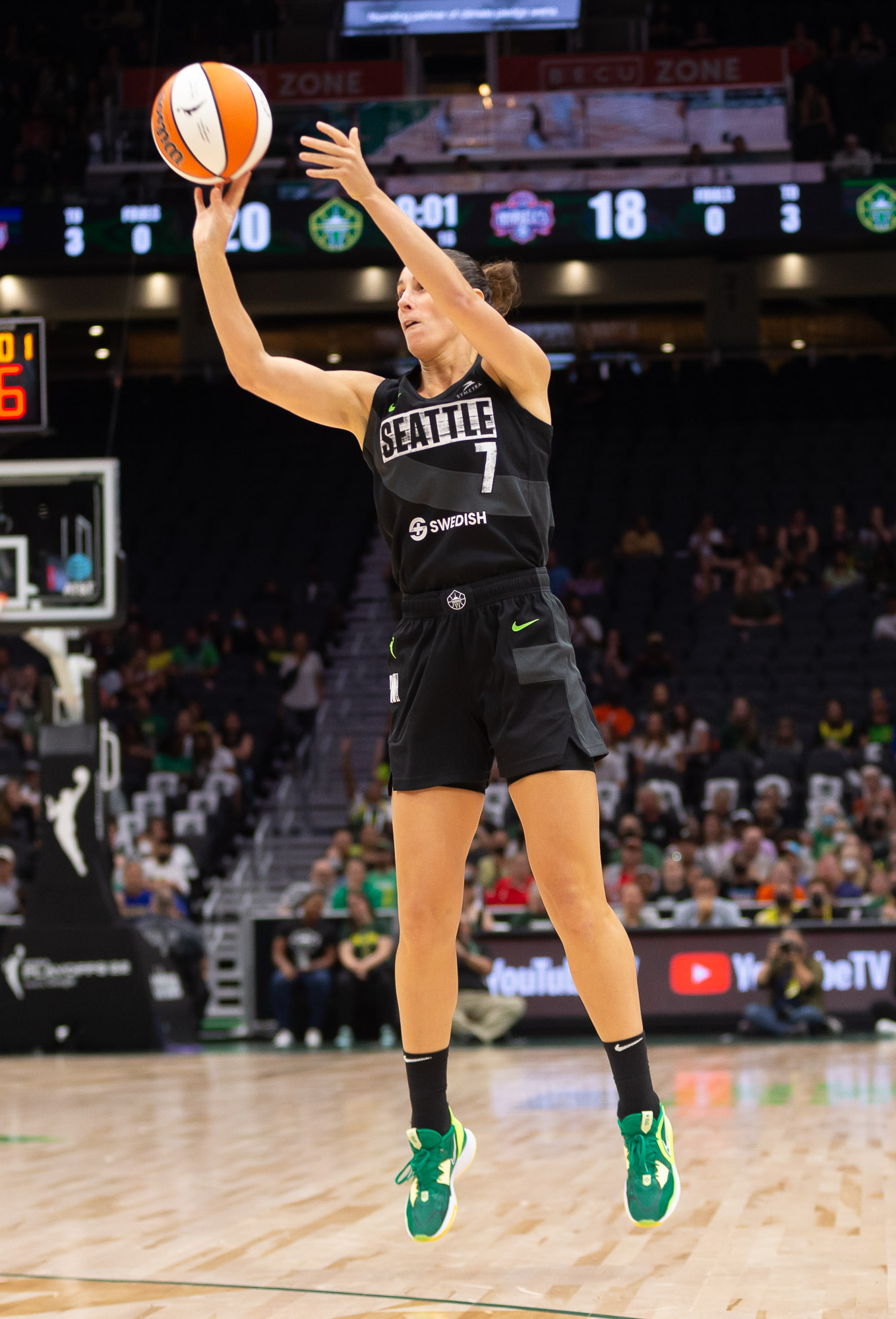 Keeping up with the Aussies in the WNBA: Semi-finals Part 1

The Aussie pair of Ezi Magbegor and Steph Talbot stepped up in crucial Game 1 semi-final win for the Seattle Storm.

Keeping up with the Aussies in the WNBA: Semi-finals Part 1

The Aussie pair of Ezi Magbegor and Steph Talbot stepped up in crucial Game 1 semi-final win for the Seattle Storm.

In a crucial Game 1 in the semi-finals, the Seattle Storm found themselves in a battle all afternoon against the Las Vegas Aces. They had a pretty easy first quarter, at one point being up 15-4. Vegas came back and the game quickly turned into a tooth and nail, back-and-forth rollercoaster.

In the end, the Storm defeated the Aces 76-73 due in most part to the dynamic duo of Breanna Stewart and Jewell Loyd. But you're not here to read about them. You're here to read how the pair of Aussies impacted the game.

Before diving into their respective performances, it was announced that the Seattle Storm's Aussie centre Ezi Magbegor was named to the WNBA's All-Defensive Second Team!

Ezi Magbegor: As known by now, Magbegor is continuing to impact the game off the bench. In her 14 minutes on the hardwood, she scored four points, gathered two rebounds, and dished out an assist.

She probably would've gotten more time had she not been called for three fouls and her centre counterpart, Tina Charles not been balling out. For reference, Tina gathered a career and franchise-high 18 rebounds.

Stephanie Talbot: Talbot got the nod from Head Coach Noelle Quinn to enter the starting lineup. This was due in part to Gabby Williams being ruled out due to the concussion protocol suffered in the previous game against the Washington Mystics. If there was one crucial element to her game to pin-point that impacted the win, it'd be her defence.

Before the game, Steph talked with ESPN's sideline reporter Holly Rowe about what she would bring to the starting lineup. She stated that she's a defender, and her defence will be crucial. Williams was just named in the All-Defensive team alongside Magbegor, so fans and Talbot alike know that element of her game will shine.

Talbot completely showed her defensive game against the Aces. Whether it was altering shots or a huge block, she changed the game's momentum in clutch moments. Need some proof? See the two tweets below for two outstanding defensive plays from Talbot.

In total, Talbot recorded seven points, six rebounds, two assists, a steal, and the aforementioned block in 28 minutes on the floor. Quinn inserting Talbot into the starting lineup indeed proved fruitful for the Storm.