Keeping up with the Aussies in the WNBA: Playoffs Part 2

And then there were two. 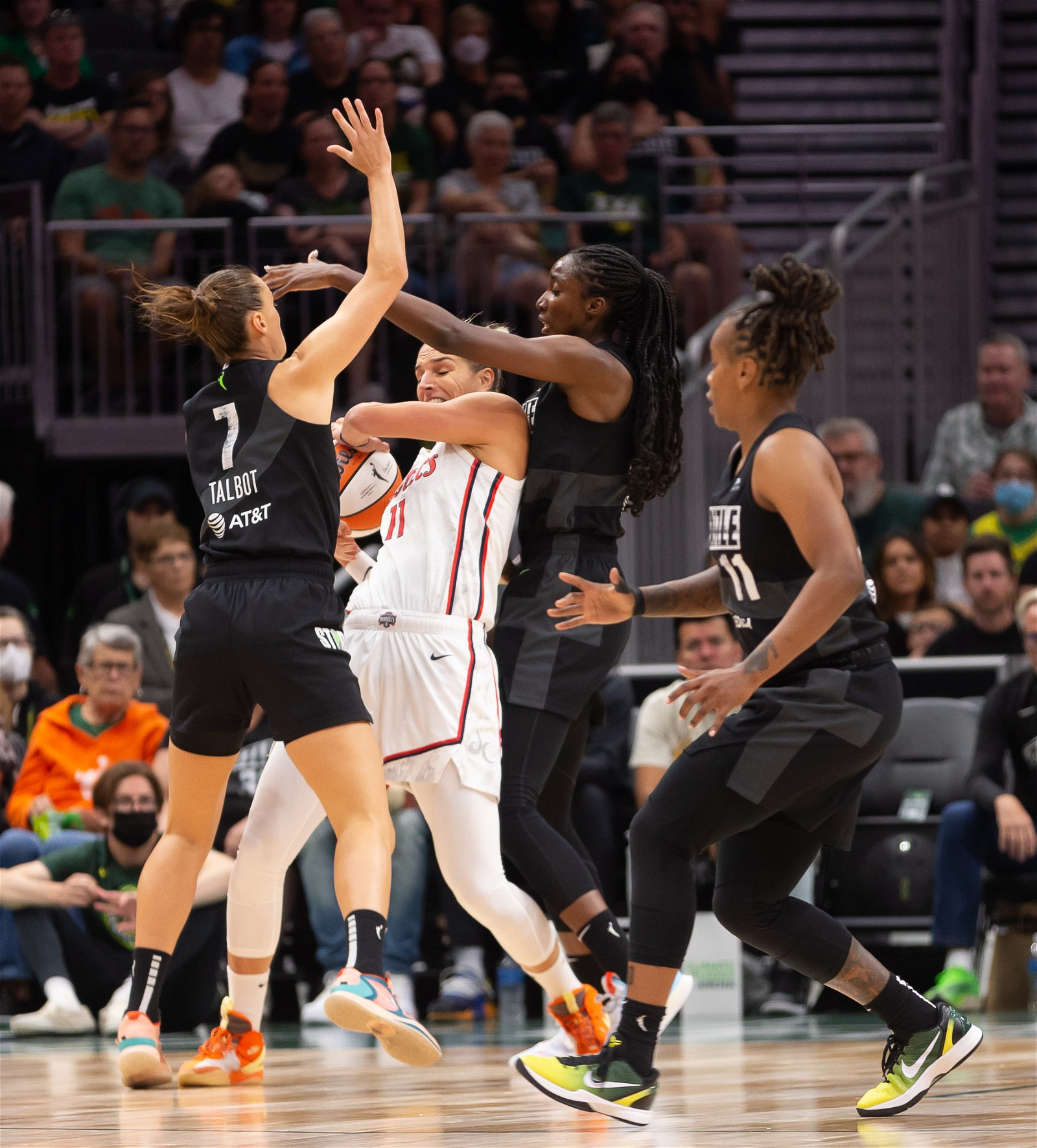 The first round of the 2022 WNBA playoffs have come and gone with only two Australians remaining. Ezi Magbegor and Steph Talbot's Seattle Storm prevailed against the Washington Mystics while Bec Allen and Sami Whitcomb's New York Liberty lost a heartbreaker to the Chicago Sky.

Here is a recap of what went on ahead of the Seattle Storms' semi -final series against the Las Vegas Aces.

The Chicago Sky forced a deciding Game 3 after clobbering the New Yorkr Liberty 100-62 at Wintrust Arena.

Despite the efforts from the Liberty, they were unable to take the deciding Game 3 against the Sky in front of their home crowd at Barclays Center, losing 90-72.

Regardless of the outcome, the Liberty overcame injuries and adversity to sneak into the playoffs. The future is bright for a team full of young stars.

Rebecca Allen: Allen appeared in a significant amount of game time off the bench in Game 2's blowout loss. She saw 16 minutes and recorded five points, four rebounds, an assist, and a steal while shooting 25 per cent from the field.

Game 3 was quite similar for her. Allen hit the floor for 22 minutes but recorded a pretty similar stat line to Game 2. She had four points, four rebounds, two assists, and a steal.

Sami Whitcomb: Like Allen, Whitcomb also saw significant time off the bench in the Game 2 loss. She appeared on the court for 19 minutes but didn't score. However, she did record a rebound and three assists.

Whitcomb was a spark off the bench in Game 3. She recorded a bench-leading eight points in only 13 minutes on 38 per cent shooting. Whitcomb also dished out two assists.

Despite the Storm sweeping the Mystics two games to none, it wasn't an easy path to the semis.

In many predictions, people, including some WNBA analysts, chose the Mystics in Game 2 to force a deciding Game 3 back in DC. Seattle didn't take that lightly and ended Washington's season in a 97-84 win and will take on Las Vegas in the next stage.

Ezi Magbegor: Magbegor played had a decent outing in Game 2. First, she appeared in 25 minutes off the bench which amassed her teammate who she subbed in for by seven. In case you forgot, Tina Charles replaced her in the starting lineup. Mgebegor continues to prove why she should be a starter with her efficiency and overall pace on the court.

Ezi recorded six points, five rebounds, two assists, two steals, and a block on 60 per cent shooting. She was quite literally everywhere on the floor impacting the game immediately. She and fellow Aussie Steph Talbot even shared a tick-tack-toe play to help seal the deal.

Her coach, Noelle Quinn, talked about her impact in the game during the post game press conference and spoiler alert, it's all positive.

Stephanie Talbot: Talbot was back at it again for Seattle. She hit the floor for 20 minutes and was perfect from the floor. Talbot hit an important three-pointer to further extend Seattle's lead over a Washington team that was gunning back. Steph scored five points, grabbed three rebounds, and dished out two assists in her outing.

If you need any more reason to praise what Coach Quinn is doing when Talbot and Magbegor is on the floor, Kevin Pelton has you covered!

Although the number of Australians remaining n the WNBA Playoffs has dwindled to two, there is still plenty of excitement surrounding both Ezi Mabegor and Steph Talbot.

Will the Seattle Storm make it to the finals for Sue Bird's final year or will the Las Vegas Aces end their season in the best of five series? Stay tuned to find out the result next time on keeping up with the Aussies.