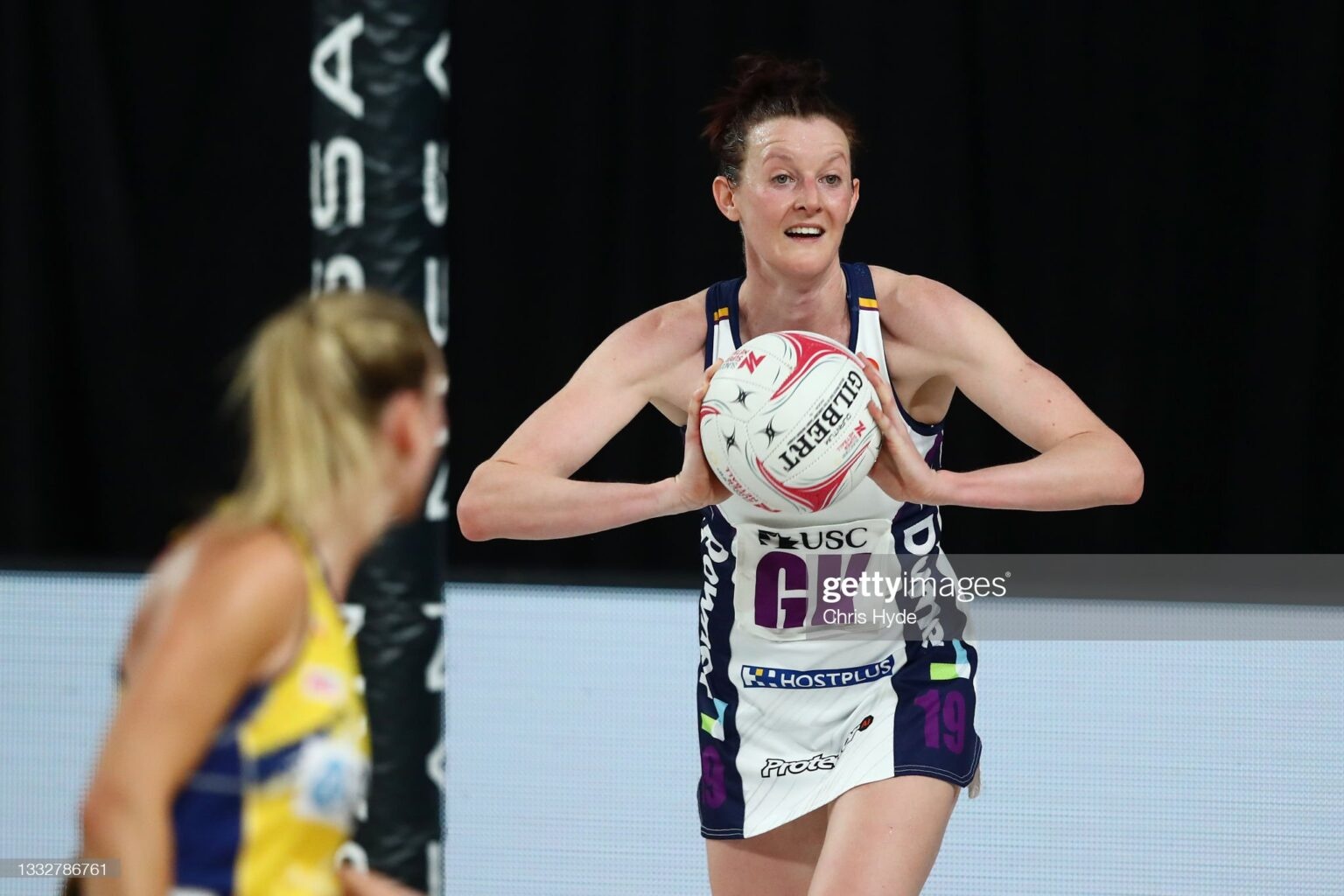 Kate Walsh: 'We still believe in the game plan we have'

Kate Walsh is part of an under-fire Sunshine Coast Lightning defence, but she believes the side will turn it around in Super Netball 2022.

Kate Walsh: 'We still believe in the game plan we have'

Kate Walsh is part of an under-fire Sunshine Coast Lightning defence, but she believes the side will turn it around in Super Netball 2022.

The Sunshine Coast Lightning has had a tough start to the season, with two losses, and two huge scores conceded. Kate Walsh has stepped into a key role in defence and believes the team is finding their way still.

The Lightning started the 2022 season conceding 82 goals in each match. The first time they did so, it set the scoring record for Suncorp Super Netball. The second, they avoided breaking the record for a second week in a row, but that was the only saving grace.

There have been significant changes for the Lightning in the defensive end over the last offseason. Phumza Maweni, stalwart goal keeper, departed the club for an opportunity in England. Talismanic captain Karla Pretorius is on maternity leave this season, pregnant with her first child and looking forward to returning in the future.

Kadie-Ann Dehaney has joined the Lightning, as has Tara Hinchliffe. The Jamaican star has come across from the Melbourne Vixens, while Hinchliffe (and her twin sister) made the offseason jump up the Bruce Highway from the Queensland Firebirds last season.

The one consistent player between the two seasons has been Kate Walsh (nee Shimmin). Ahead of the Lightning's clash with the Adelaide Thunderbirds, Walsh spoke exclusively toEdge of the Crowd.

"It's just such a different look at the lightning, the last few years, everyone has seen Karla and Phumza just do absolutely amazing because they already had that combination already so locked down when they played together in South Africa," Walsh explained.

"It's so new, and it is just taking a little bit of teething for us to start to get those good solid connections, but I'm so excited because it is coming together, and every week were gaining more trust and we are improving and I’m really excited to see what the next few weeks is holding for us.

"I think the three of us are really excited about using [the next few weeks] to really get to know each other and learn each other."

The new defensive group will have some time to gel together, as they travel from Adelaide to Melbourne directly this week ahead of a midweek matchup with the Collingwood Magpies.

For Walsh, despite being the most experienced defender in the Lightning system, she has been thrown around a little. After spending almost no time in the goal defence position last year for the Lightning, Walsh has played 60 minutes in the position this season, more than half of her total minutes.

"Kylee's [Byrne - Sunshine Coast Lightning coach] just played me week in and week out in goal defence in preseason, so I’ve just learned so much, and had so much practice just getting my head around that.

Walsh is naturally a quiet player and a leader by example rather than by voice. She was open that Tara Hinchliffe stepping into a vice-captaincy role at the club in her second season has helped Walsh, and taken some of the pressure of vocal leadership away, letting her focus on her game.

"I certainly don’t feel like it. I'm really just one of those people that likes to put my head down and work.

"I definitely would say Tara, as young as she is, is doing an amazing job just being a real steady sailor there, and we both are really working off each other and supporting each other in that goal defence role.

"KD is just such an amazing raw talent, she’s just soaking it up, and we’re all giving each other, and showing leadership in our own ways at the moment."

For Walsh, the change is not just on the court.

Away from the court, Walsh was married over the offseason, as her husband moved up to Queensland. The previous year had been a challenge for them both, in her first year at the Lightning.

"It was a really hard year last year, I did move away and my husband and I did do long distance, and I’m not going to say it was nothing but good times, there were challenging times but it was definitely worth it."

This year has been a hard start too, on the court this time.

With the Lightning conceding 164 goals in the first two rounds, there will need to be a change for there to be wins coming for the Sunshine Coast team.

Despite the slow start defensively, Walsh believes the Lightning will get on track during the season.

"We want to win. We love winning, the Lightning are a winning club, and the first two rounds, we have really just gone back to the drawing board.

We still believe in the game plan that we have, and we believe it works, and it's just about executing it for 60 minutes, and that's what we're going to do this weekend.

"You just get to play netball, and netball is the fun part. Being able to play two games, I know it's going to be tiring, but that’s what you do preseason for.

The Sunshine Coast Lightning face off against the Adelaide Thunderbirds at 4:00 pm AEST on Sunday afternoon, and then the Collingwood Magpies on Wednesday at 6:00 pm.