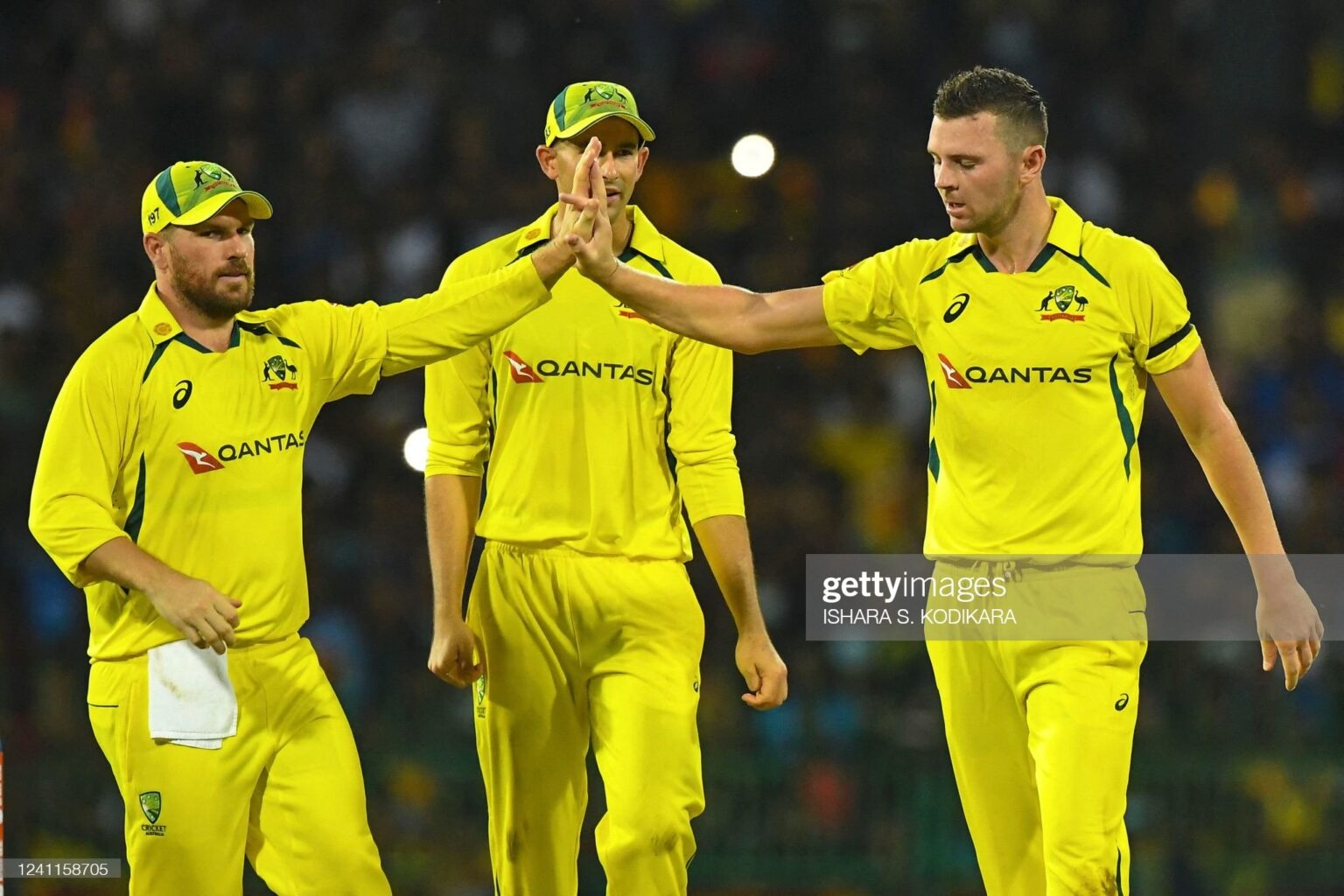 The World Champion Aussies proved they were back to their best against Sri Lanka in what ended up one of the most convincing T20 wins ever seen.

The Aussies won the toss and chose to have a bowl first, it was a decision that turned out almost perfectly. Then again it doesn't really matter if you bat or bowl first when you have Josh Hazlewood in your side.

It was actually a good start for Sri Lanka with the bat, the runs and boundaries were both flowing. With the score on 39 after 4.1 overs, the Lions looked set for a score of at least 160 if not something approaching 200.

Then enter Josh Hazlewood, his metronomic action is almost perfect for the line and length bowling that has defined his career to date. The key to his success is simply how still he is while running in the head is still while his body is perfectly straight.

If you take Hazlewood's action in comparison to that of Mitch Starcs the benefits are clear. Starc often bowls across his body, his action doesn't allow that almost robotic-like rhythm that allows Hazlwewood to put the ball exactly where he wants it every time.

Hazlewood's first wicket came from a short ball that was cut and cut well, unfortunately for Sri Lanka, it found Mitch Marsh at deep point who took the catch very easily. The wicket though didn't really stunt the scoring of Sri Lanka with Pathum Nissanka and Charith Asalanka combining for a solid partnership.

They managed to attack the part-time bowling of Mitch Marsh and Glenn Maxwell which was clearly the plan. Australia going in with only four full-time bowlers may work but it is certainly a risk. The runs began to stop when the combination of Ashton AAgar and Josh Hazlewood came back into the attack.

From there, wickets continually fell, whether it was the two runouts or the wickets taken by the bowlers it was clear that after the small rain delay the wheels fell off the Sri Lankan bus. The collapse began with Starc getting Nissanka but that was just the beginning of what would become a loss of 9/28.

Hazlewood found the spot plenty of times including three in one over to finish up with 4/16 from four overs. The spell made him only the third man to take more than four four-wicket hauls in T20i cricket. Mitchell Starc also chipped in with 3/26 before Kane Richardson finished the innings off with 1/22.

Australia would only need 129 to win, but with rain around nothing was certain.

The pressure was obviously on Aaron Finch, it seems a day hasn't gone by in the last week without someone calling for his head. It seems like a lot of people forget just how good Finch can be and also conveniently forgot that he made a 50 in his last T20i innings.

He was met with a very difficult task to begin, he would have to face Theekshana who was swinging the ball massively and also getting some turn off the pitch. There were a couple of LBW shouts as well as a stumping opportunity but thankfully for Finch he survived.

From there both Finch and David Warner looked relatively safe at the crease. Only 14 had been hit from the first three overs but that was the point where Warner and Finch decided that had enough of that blocking business.

Boundaries began to flow with ease, with seven balls 25 runs had been scored and all of a sudden it looked like Australia couldn't lose. The pair continued to push the ball around for yet another 50 run partnership.

Finch in particular looked good, his plan now seems to be to stand and hit the ball over mid-wicket. Whether this new plan from Finch is something that will work going forward is another question, but for now, his position in this team looks safe enough.

The partnership then pushed past 100 at just about the same time David Warner brought up yet another score of fifty. This opening partnership is now the second most successful of all time in terms of 100 run partnerships in T20 cricket. If Australia is to win the World Cup in November a lot of the run-scoring needs to be done by these two.

Unfortunately, we were set for another rain delay with Australia only needing another 28 runs. The experienced Aussie pair came out after the rain break knowing exactly what they needed to do and they did it with ease.

Aaron Finch passed 50 for the second time in as many matches and David Warner almost finished things off with a couple of big pull shots. Overall a very clinical performance with Finch finishing things off with a big six. It was officially the biggest loss for Sri Lanka at home ever in T20 cricket.

As you read this the second match will begin tonight Australian time with the first ball being bowled at 11:30 pm AEST.