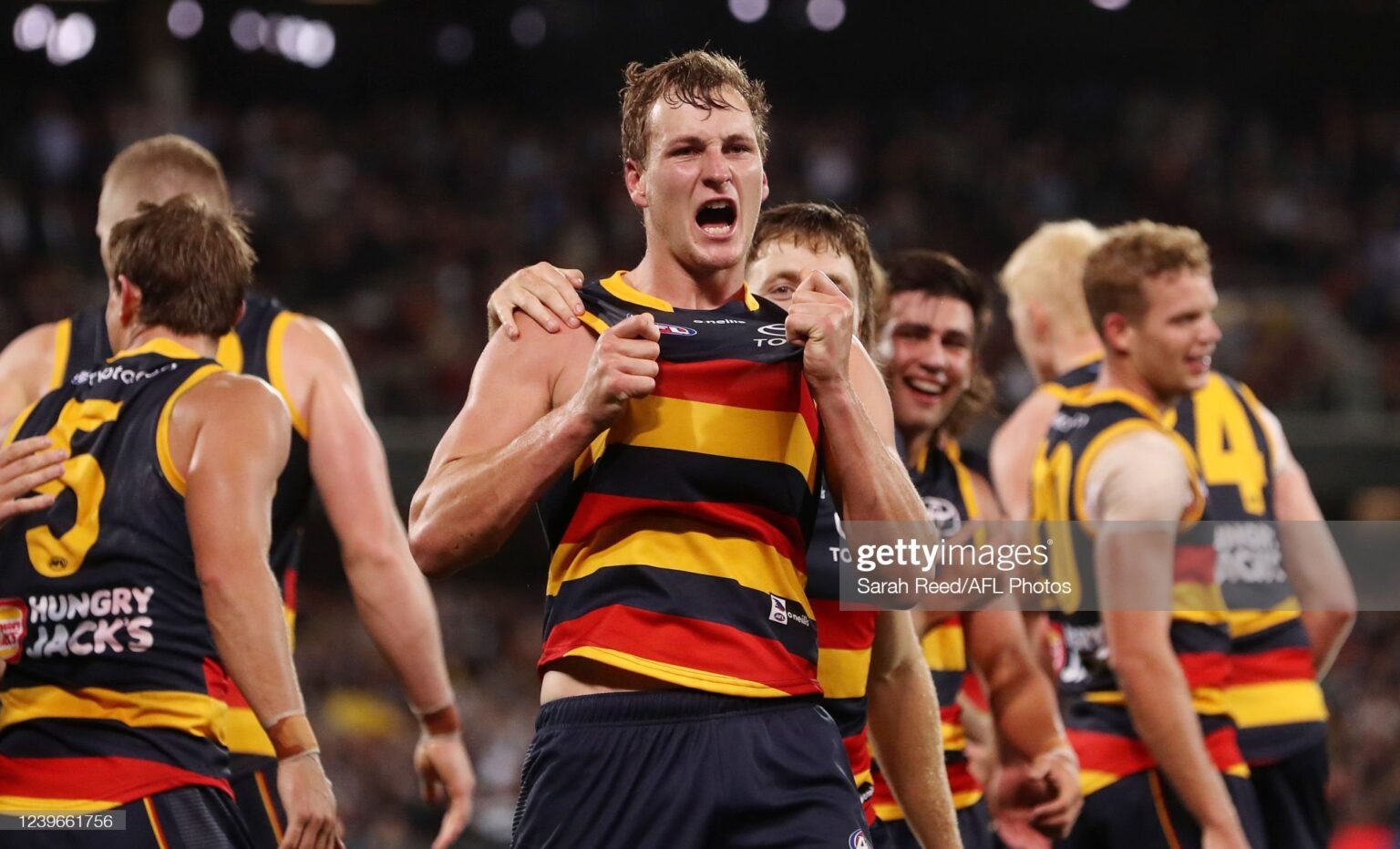 When Jordan Dawson, requested a trade home to play for the Adelaide Crows at the end of last season, raised some eyebrows.

When Jordan Dawson, requested a trade home to play for the Adelaide Crows at the end of last season, raised some eyebrows.

When Jordan Dawson, requested a trade home to play for the Adelaide Crows at the end of last season, raised some eyebrows. He had just established himself as an integral part of a Swans side that played finals football in 2021.

The Swans drafted the Robe native at pick 56 in the AFL national draft in 2015. After playing some youth footy at Glenelg, he would play 5 games for Sturt in the 2015 SANFL season. His talent was always clear, but it took some time to establish himself on the Swans’ first team.

Starting as a half-back, he had an incredible second half of 2021 playing on a wing for Sydney. His back half of 2021 was so good that he finished third in the Swan’s best and fairest. His stats confirmed him as an elite outside midfielder, averaging 22.3 disposals per match and 467.6 meters gained. Dawson also averaged almost 3 tackles per game.

With stats like that and being just 24 years old, the Swans were reluctant to let Dawson leave the club. Ultimately, they didn’t stand in Dawson’s way and begrudgingly traded him to the Crows in exchange for the South Australian club’s first-round pick next year.

In a parting shot, the Sydney hierarchy maintained the deal was not a genuine reflection of the left footer’s value. He made 64 appearances for Sydney across his five years at the club.

It was the scourge of COVID that was part of Dawson’s motivation to move back home. As cases of COVID-19 skyrocketed in NSW, the Swans didn’t play in Sydney after round 13. That gave Dawson a taste of being closer to his family in Robe, a fishing town on South Australia’s Limestone Coast.

MOVING TO THE CROWS

A childhood Adelaide Crows fan, there was never much of a chance that Jordan Dawson would move to Port Adelaide. Upon sealing a move to the Crows, he had this to say to the official club website:

“Growing up as an Adelaide supporter and coming down to AAMI Stadium for a few games when I was younger, I always had a good feeling about the place. Even before I signed, a lot of players, staff, and coaches messaged me and rang me to ask if I needed anything or if I wanted to know anything.

"My girlfriend Milly and myself just felt really welcomed by the Club. I’ve always seen myself finishing my career in Adelaide and wanting to play footy for Adelaide so I thought the time was right to get back and join the Crows.”

It certainly seems like it was the right decision. Dawson has been an integral part of the Adelaide Crows’ improvement this season. Lining up on either a wing or half-forward flank, Dawson ranks as elite in both kicks and marks this season. He also ranks as above average in possessions and has become a darling of the AFL fantasy community, averaging almost 100 points per game.

On top of all of that, he lived the dream of every childhood (and adult) Adelaide Crows fan in the first Showdown of the 2022 season.

With the Crows two points down as the siren went, Dawson found himself with a chance to kick the winning goal after stepping up to take a free-kick. It looked horrible off the boot, but somehow found its way between the big sticks to give the Crows a four-point victory over their bitter rivals. It also elevated Dawson to legendary status at the club in just his third game.

Dawson has played every game so far this season. It has been up and down for the Crows, but the improvement is there for all to see. The club suffers from having a youthful list, a short-term effect of the extensive rebuild coach Matthew Nicks is overseeing. With that in mind, erratic form and inaccuracy are no surprise. Dawson, speaking to the media this week, touched on this.

“We’ve had some good wins. There’s been a lot of games where if we’d kicked straight or capitalised in big moments, it might not have cost us. The consistency in the group is growing”

Against the Saints a couple of weeks ago, Dawson suffered a bizarre injury, bursting his eardrum. It hasn’t stopped him from playing. He played last week in the enormous loss against the Cats and is expected to line up against the rock-bottom Eagles on Saturday afternoon.

“It’s [his ear] all good. It was a bit annoying after the game [against St. Kilda] but it is getting better” Dawson said to the press this week. “I’ve got another one,” he joked.

It’s that sort of attitude that will see Jordan Dawson and his teammates turn their current form around. The Crows are amid a form slump that has seen them lose five matches in a row.

“We’ve lost five in a row now. Obviously, we wanna win. We know we have been playing some good footy. It’s just about connecting it all up [over four quarters].”

Whether the Crows can get it all together this season, the club secured a superstar in last year’s trade period. That much is for sure, and the smart money is on Jordan Dawson being towards the top of the Crows’ best and fairest this season.