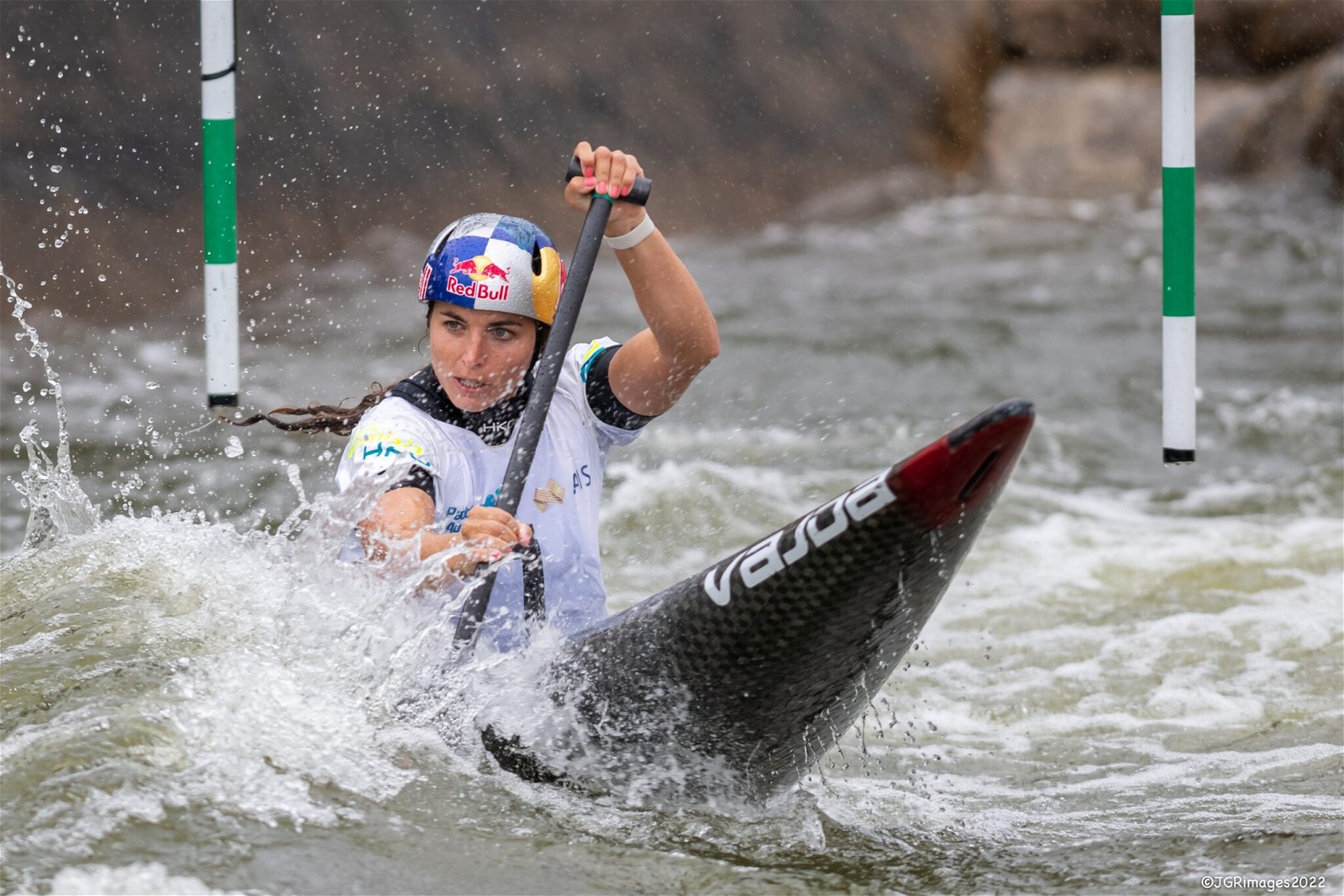 Jessica Fox has made her name as a kayaker at the Olympics, but behind the scenes, she's an Olympic superfan too, not just a star.

Jessica Fox has made her name as a kayaker at the Olympics, but behind the scenes, she's an Olympic superfan too, not just a star.

Jessica Fox is a superstar of Australian sport, with a full set of Olympic medals, and a history-making list of achievements. She's also an ambassador for Australian sport - but might be one of the big supporters too.

Fox, who was already a star of Australian sport, had the entire nation's eyes on her as she competed for the gold medal.

Earlier this year, in recognition of her performance, Fox and Cate Campbell shared the NSW Athlete of the Year award.

Fox was also present last night, at the Australian Olympic Committee's celebration of the Winter Olympic Team, as an ambassador and representative of the AOC.

Fox was delighted to be present and to be celebrating the Winter Olympic athletes.

"I’m a big supporter of our winter team, it was so nice to be able to watch them," Fox toldEdge of the Crowd.

"It was exciting to have the Winter Games so close to the Summer Games this time, I felt like it was so Olympic-y for so long, and they had some amazing performances. I loved following our multiple Olympians going back for another try, our medal winners and the young ones coming through."

Fox has been a visible supporter of the Winter Olympic team, including helping with social media presence, which she describes as "good fun".

Fox's support for the Games has been part of a concerted effort by the entire AOC set up to carry the momentum from a successful Tokyo 2020 Olympics into a successful Beijing 2022 Olympics, and beyond.

The strong performances come in the aftermath of the announcement of the hosting of the 2032 Olympics in Brisbane, as part of a golden decade, that also includes a Commonwealth Games in regional Victoria in 2026.

For Fox herself, the last few months have been heavily disrupted. Heavy rains and poor conditions in Sydney have meant that she has been unable to train in Australia.

The kayaker, and her support team, recently spent time over in Europe training and competing.

It was a bit of a lot minute trip because we weren’t able to train in Penrith," she explained.

"But it was a good three-week trip. It's been about two months of no whitewater, so that's why I took the opportunity to go over for three weeks in France, and check out the Paris course, and I head back overseas in a few weeks."

As for an official review of her first experience of the next Olympic course for the Canoe Slalom? Fox wasn't giving anything away.

"The Paris course is good. They still can tweak it before the Games, so it will be good to get back frequently and test it out."

Fox will be heading back to Europe in the coming weeks to take part in the 2022 World Cup circuit, where she will be defending the Overall K1 World Cup title, and her number one world ranking in both C1 and K1 going into the season.