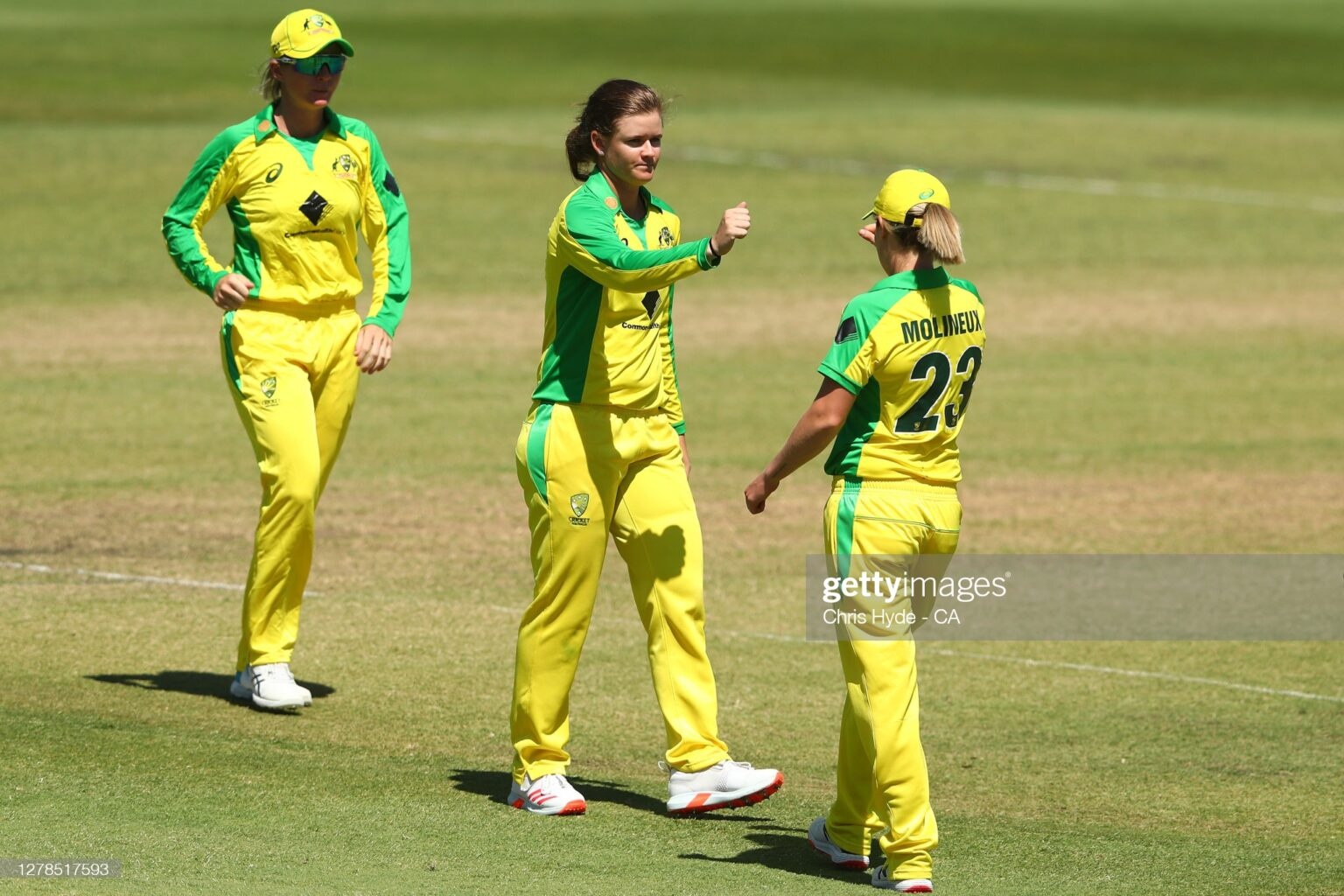 After missing the most recent series against India, Australian spinner Jess Jonassen returns to the national side.

After missing the most recent series against India, Australian spinner Jess Jonassen returns to the national side.

After missing the most recent series against India, Australian spinner Jess Jonassen returns to the national side. It is a welcome return for Australia, who will be missing Sophie Molineux and Georgia Wareham for the Women’s Ashes. Despite this, Jonassen feels no extra pressure.

“Obviously it’s sad missing both Soph and Georgia, but I guess I don’t feel any extra expectation or pressure, or weight on my shoulders.” Jonassen comes into this series in excellent form, as the top-ranked ODI bowler in the world, in addition to being one of the top wicket-takers of the WBBL season.

With England being ranked second in T20 and first in ODI cricket, the Women’s Ashes looks to be a tightly fought contest.

“Any series we have against England is a hardly fought one”

“They’ve got a good mix of experienced players, as well as some young up and coming players”

This mix includes experienced stars of English cricket, such as Tammy Beaumont, and Heather Knight. Sophia Dunkley, who scored 73* on her Test debut last year, is one of their main young prospects.

Australia also has their share of young stars, with spinner Alana King expected to make her international debut in this series.

“I think any spinner that’s in here, and with [Alana King] being new into the squad as well, it’s a really exciting time for her, and I know that not just myself but also Ash Gardner, being the other member of our spin group, it’s up to both of us to impart whatever experiences we’ve had”

After an excellent WBBL season, King has adapted well into the Australian squad.

“Kingy [Alana King] sorta took to it like a duck to water. I guess with her having shell as our spin bowling coach as well, having that affiliation with the scorchers, I guess she feels a little bit more at home.”

This competition to be in the squad was visible last year, with a number of performances from both new players, and those coming back to the squad after a long absence.

As one of the only experienced spinners in the squad, it’s only natural that Jonassen has been seen as somewhat of a leader.

“I’ve sorta looked at myself as trying to lead this spin group anytime I’m a part of it.”

In previous spells out of the squad, Jonassen has been open about the challenges to her mental health.

“It’s one of those things when you’re sitting on the sidelines you always have in the back of your mind “oh am I gonna be able to break back into the side again.

“I think that’s a really good problem for the selectors to have, and for Australian cricket to have.”

The other issue that has been overshadowing this series is that of covid. With both the men’s ashes and men’s BBL being impacted by positive cases. Since any player who tests positive would be unavailable for the world cup, Cricket Australia and the ECB have good reason to minimise the risk of this series.

“We’re really confident as a playing group with all the work that’s been put in behind the scenes by Cricket Australia and the ECB.

“We just want to be able to do everything we can to be able to go out there on the field and perform and do so to the best of our ability.

“It’s a matter of being flexible and adaptable and taking it as it comes.”

Due to these restrictions, there is a bigger motivation for the Australia A squad, to demonstrate their readiness to join the squad for the world cup.

“People want to perform, even more, any chance you get to represent your country whether that’s in the top side or in the A-side it’s a special moment.

“If it happens that there is an opportunity with that top side, then I’m sure anyone would jump at that opportunity.”

Australia currently holds the Women’s Ashes, after winning in England during the 2019 series, with the first T20 of the series on Thursday Night.

The Women's Ashes is set to get underway with a night T20 at Adelaide Oval on January 20.